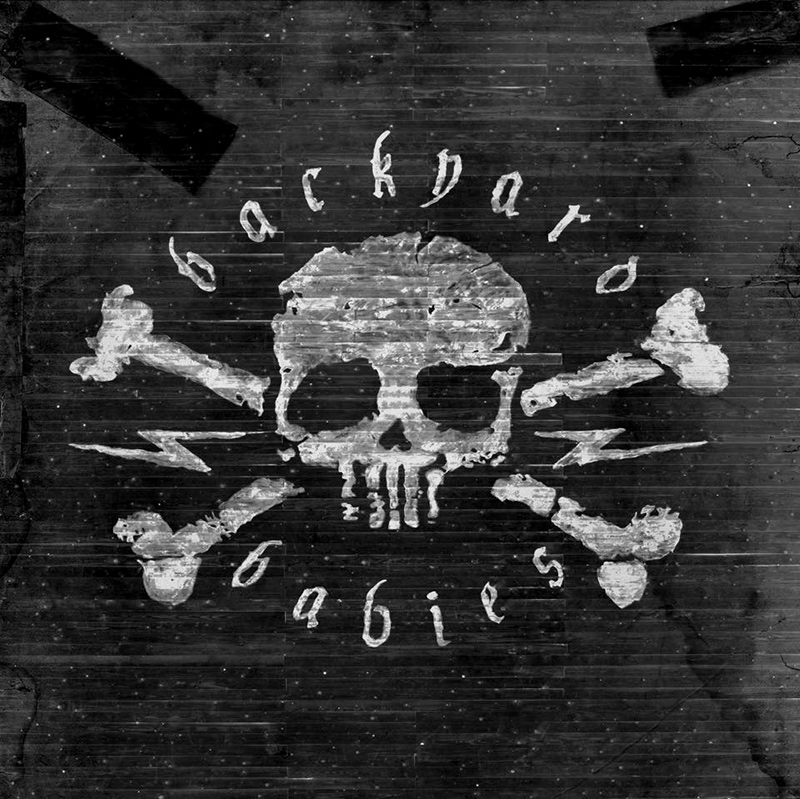 Return of the Babies: Rock hellions

Backyard Babies are best known for their seven studio albums, two Swedish Grammy Awards, numerous collaborations with legends like Michael Monroe, in addition to a classic reputation for hardcore partying and on-the-edge living. What’s it like returning to the stage after a five-year hiatus? What new materials have the seasoned sleaze rock vets got lined up? Singer and guitarist, Nicke Borg, reveals all, including a private passion of his that not many people know about.

HMA: You guys have been on a break for the past five years. How has it been getting back into the swing of things?

Nicke Borg: I’m a little surprised at how good it’s been. I think it’s because the whole ‘break’ thing was the right choice at the time. We needed a rest and now we have some more energy and happiness is back. We felt it immediately when we started playing and I think our fans understood it as well when they saw us again on stage. Likewise, I see it in their faces. They’re smiling, the shows, the songs, the new album, our thinking; it’s all where it needs to be. I think it is hard being a ‘classic’ rock band, like us, these days. Yes, the fans are there but everything in the music industry has changed so much, it’s like a different world.

HMA: How do you think these changes you mentioned have impacted the industry? Specifically, I’d like to hear what you think about bands taking the promotion, marketing and sales into their own hands through social media.

NB: Well, there have been positive changes. When Dregen [guitarist] and I got back together, we signed with Sony Music straight away, that’s kind of the background we come from – major labels. But these days, I’m really intrigued by how much stuff you can do yourself. I see kids in young bands everywhere doing super well on social media. Some of them have like five songs but they’re being clever and gathering fans and the technology is letting them overcome the absence of a major label. I like that it’s now easier to put your music out as well and I think, going forward, I want to bring more of the benefits of these new opportunities to Backyard Babies.

HMA: ‘Bloody Tears’ is the latest song and video you released. First of all, what does the song mean to you?

NB: Well, it’s not really important what it means to me. Sure, there is something every song I write that is personal but not necessarily inspired by a specific moment or event in my life. A friend of mine told me that he listens to ‘Bloody Tears’ over and over again because it helped him through a really bad time. He said to me, that if it hadn’t been for that song he doesn’t think he would have survived. I didn’t ask him to explain more. I was deeply moved and honoured. I didn’t care if it was the lyrics or the melody. I actually wasn’t interested in whether or not he and I shared the same ideas about what it means. As long as it was special for him, that’s what was important for me.

HMA: Tell me about shooting the music video in Japan.

NB: ‘Bloody Tears’ is a very sad song. Japan and Tokyo, especially, were very lonely places for me. I’ve been in Japan many times and I wanted to capture a ‘Lost in Translation’ kind of feeling for the video. Being in this super big city where no one speaks your language and people have a very different way of handling things. There are things that are familiar and other things that are painfully alien. It’s weird. I don’t know if you’ve ever been to Japan.

HMA: I’ve spent a lot of time there and I know exactly the feeling you’re talking about. It comes across beautifully in the video. And still, there’s a real sense of admiration towards the culture that is portrayed.

NB: Yes, you know what I mean! You’re amazed by it, you’re sucked into it, but you’re still lonely. I almost get goosebumps talking about it. I get a really weird feeling being in Japan, it’s really cool, and I think it was the best possible place to shoot the music video for that song.

HMA: Your last studio album was released in 2015. When can the fans expect something new?

NB: That’s a really important conversation that we, as a band, have been having. We felt that coming off from such a long break we needed to deliver an album and that’s what ‘Four by Four’ was. I’m really happy with that one because you can really feel the revitalized Backyard Babies sound like that one. For the next one, we want to take our time and avoid stressing ourselves out.

HMA: Is it better to release singles or albums these days?

NB: That’s another really important conversation that every band out there should be having. In the past, we’ve ended up stressing ourselves out by trying to push an album out. We want to do the next one right, so we’re writing new material and really taking the time to enjoy the process. I think that over the course of the next year and a half fans can expect us to release singles that will eventually add up to an album, which we may release as a kind of collector’s item. But to go further into your question, I think people don’t have the patience to sit through a whole album in one go these days. I feel like the listen to a few songs while they do the dishes or on their work to work, maybe leave the other six for a week later. I’m like that to. I find, to really appreciate a track, you need to give it time and give it your attention. I love albums but I think that it’s maybe better to release songs one at a time and later, release the album. In that way, fans can really enjoy them and maybe even pay more attention to a greater amount of your work.

HMA: I want to hear more about you as a person. When would you say are you the happiest?

NB: Oh, that’s also a very hard question. When am I happiest? I’m not saying this because we’re doing a music interview, but I’m happy on stage. I think it’s probably an answer most musicians would give. I’m also really happy when I spend time with my horses.

HMA: We have that in common. So, you’re a horse rider too?

HMA: Tell me about your horses, what do you love most about riding?

NB: Wow, this is cool. I wasn’t gonna go into it but I didn’t expect to be talking to a guy who rides horses. [Laughs] I got introduced to horse-riding like three and a half years ago. I’d never really been on horseback before that. It was for a TV show, and I was like: “I don’t know, fuck man. Okay, whatever, I’ll try.” And I did it like three times, and after that I was completely sold. I go riding like two-three times a week now when I’m home and I want to start competing. It’s a whole universe of new knowledge and experiences!

HMA: When you ride, even if it’s only for a little while, horses let you borrow real freedom from them. That’s what I always feel when I ride.

NB: I’m getting goosebumps just talking about it now. I didn’t know if I was looking for it, but it was there, and it got introduced to me, and it was like it was a sign, almost like a religious experience. That’s the only time during the day that I put away my phone and my mind is totally clear. You have to focus because it’s not just you there; the horse also has a will of its own.

HMA: How does riding fit into your world as a musician?

NB: It’s brought me a lot of happiness and excitement and I think that is always good for the creative process.

HMA: If you weren’t a musician, what other life paths would you have taken?

NB: If I had another life, I would probably wish I was born up in the mountains, skiing and working on a farm with horses and stuff like that. [Laughs] I’m 44 this year, and that’s why I’m impressed by horses so much. Because I’ve seen a lot of older riders, like guys in their 60’s, doing insane show jumping. That’s what I want to try and do.

HMA: My last question for you is, if you could choose the last thing you’d do before your death, what would it be?

NB: That’s a tough one but I imagine it would be, being somewhere outside, on horseback and doing that perfect jump.

HMA: Nicke, thanks for taking the time and for this very enjoyable conversation.