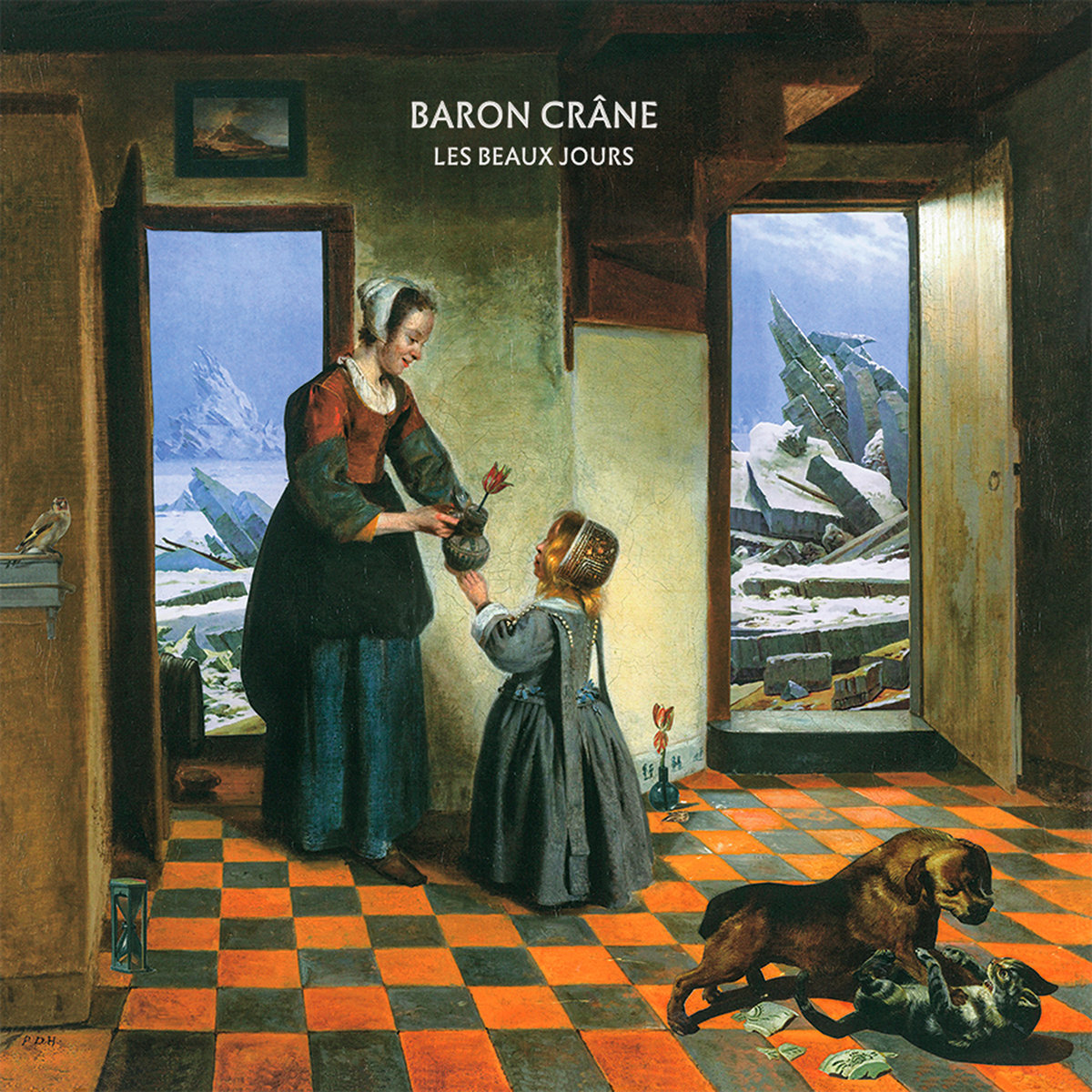 Since 2014, instrumental trio Baron Crâne has shown an overflowing inspiration, confidently mixing fat and psychedelic riffage with fusion or noise sounds. Their influences are wild and blended with disconcerting ease: progressive, jazz, post-rock, and heavy psychedelic coexist in communicative happiness. They leave nothing undared and lend prestige to experimental music. The Paris-based outfit released an eponymous debut album in 2015 – the record quickly gained praise from the French underground scene. Driven by their dawning success, the band returned to the studio the following year to record their sophomore album ‘Electric Shades, six Primus-influenced tracks with stunning, powerful riffs. 2017 marks a turning point for the trio, with big line-up changes: a new drummer and a new bassist join the band. The live experience is reworked, enhanced, and heightened. They start touring across Europe alongside Ufomammut, Dub Trio, or We Insist, providing unforgettable visual and sonic live shows. Mrs Red Sound Records issued their third record, ‘Commotions, in April 2020. The album highlights remarkable groovy sonic explorations. It features vocalist Arthur Brossard on “Acid Rains” for the most dazzling desert rock effect and hip hop singer INCH on “On Rase Les Murs” for a mind-blowing urban experience. Recorded and mixed by Guillaume Roess – at La Capsule (Paris, France) and Le Plan (Ris-Orangis, France) – and mastered by Camille Gateau, Baron Crâne’s fourth studio album ‘Les Beaux Jours’ is coming out on October 15th on CD digisleeve, double LP and digital through Mrs Red Sound.

We would say that our music is intense and total, a space of freedom and expression. We start with our emotions and influences to create something singular that belongs to us. We worked a lot; we wanted to take time to go slow so we would be sure to master what we conveyed. We also tried to open ourselves to other styles. That’s why we invited various guests and wrote and sang French lyrics on one of our tracks.

The desire to share and tell stories leads to our creation. We want people to escape, travel, and be surprised while listening to our music. Art, in general, is an everyday inspiration. We seek pleasure when creating. We want to include everything that touches us, whether a piece of art or a social movement. Musical creation is a way to transform and transcend emotions.

This artwork, like our music, can be read in various ways. It is full of contrasts. It perfectly illustrates our music. Our work with this artist started a long time ago; we’ve been collaborating since the beginning of Baron Crâne. There‘s always been a strong link between our music and our artworks. The artwork’s creator, Nora Simon, is a French street artist. She creates from two existing pieces of classical painting and tells a whole new story. She uses cutting and collage. Her way of working is meticulous and precise, just like our way of creating. How did you brief the artist? So like we said, we’ve been working with her for a long time. For  Les Beaux Jours, we chose together with the paintings that would be used for the artwork. Does it tell a story? It tells a story full of mystery. It makes you think and wonder whether Chaos and collapse will take over rebirth or if it will be the opposite. No one can tell.

In music, our central philosophical guides are integrity, intensity and sincerity. And the quest for beauty.

We don’t listen to heavy metal that much. We don’t try to fit in a specific musical category. It kind of happened by chance. We started creating our nutty and loony stuff based on what we love, and it turned out the stoner and heavy scenes, which we were unfamiliar with, really enjoyed our music and supported us a lot. Our project began as an experimental process. We all come from different backgrounds, far from heavy and metal universes. However, we listened to some stoners and shared love and admiration for several artists and albums, including Them Crooked Vultures, The court of the Crimson King, and the Mars Volta.

For us, music is salvation. It is an outlet, a way of exiting from everyday life. When we play, it’s like a sacred and devoted moment. We also feel that art, the ability to create in the most painful moments of life to transcend daily tribulations, is what makes us humans, what distinguishes us from animals. We feel it’s a bit less interesting when it is mere entertainment, even if we know it can be pleasant too.