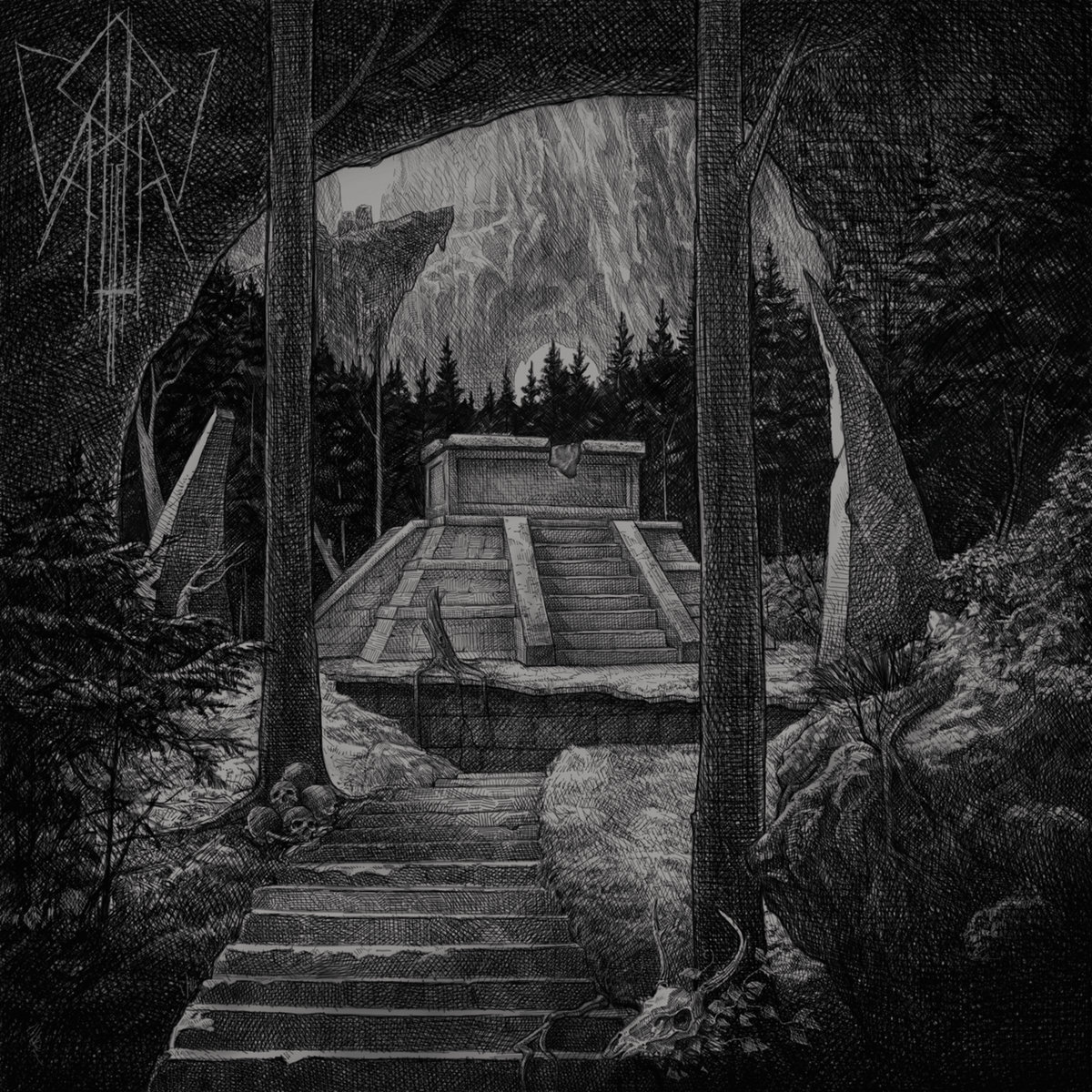 Entrenched in the Faults of the Earth by R.

Barren Altar formed in 2013 with the intention of creating the heaviest and bleakest songs that were within our ability to write. Our goal has never been greater than to write music that has meaning to us and be able to perform alongside and maintain relationships with other artists whose work we admire. So far, we have been very fortunate in both of these respects. We play a combination of black metal and doom. We try to meld the cold atmosphere and violence of black metal with the sadness and longer song structure of funeral doom. We don’t write with a specific formula other than each new song needs to be darker, angrier and heavier than the last.

Entrenched in the Faults of the Earth was written over a two year period. We tend to write as a unit, with one person bringing in some riffs that we jam on until we have the skeleton of a song we like. Once we have the core riffs, we play around them until we have a structure that feels natural and rearranges parts until the song feels like it moves on its own and isn’t being forced.

The lyrics on Entrenched focus on the futility of the human experience with reverence towards self-destruction. It’s about Man beseeching deaf and indifferent gods, that are seen as extensions of ourselves when in reality we are catering to our lowest instincts and vanities. The album theme is two-fold: awakening to our spiritual isolation and destructive nature and directing that destruction inwards, while simultaneously rejecting this philosophy in exchange for expansion and control to appease this vanity. The human condition as contradiction and the ways this is reflected in everything around us.

While I wouldn’t say we are fixated on any of these topics, we, of course, take inspiration from a number of films, bands, visual artists, historical and current events, etc. since, just like with any other person, we have to live and work in this world and it would be impossible not to be influenced by it. However, Barren Altar exists as a conduit for all of our negative feelings and impulses, so we tend to draw inspiration from things that reinforce this negativity.