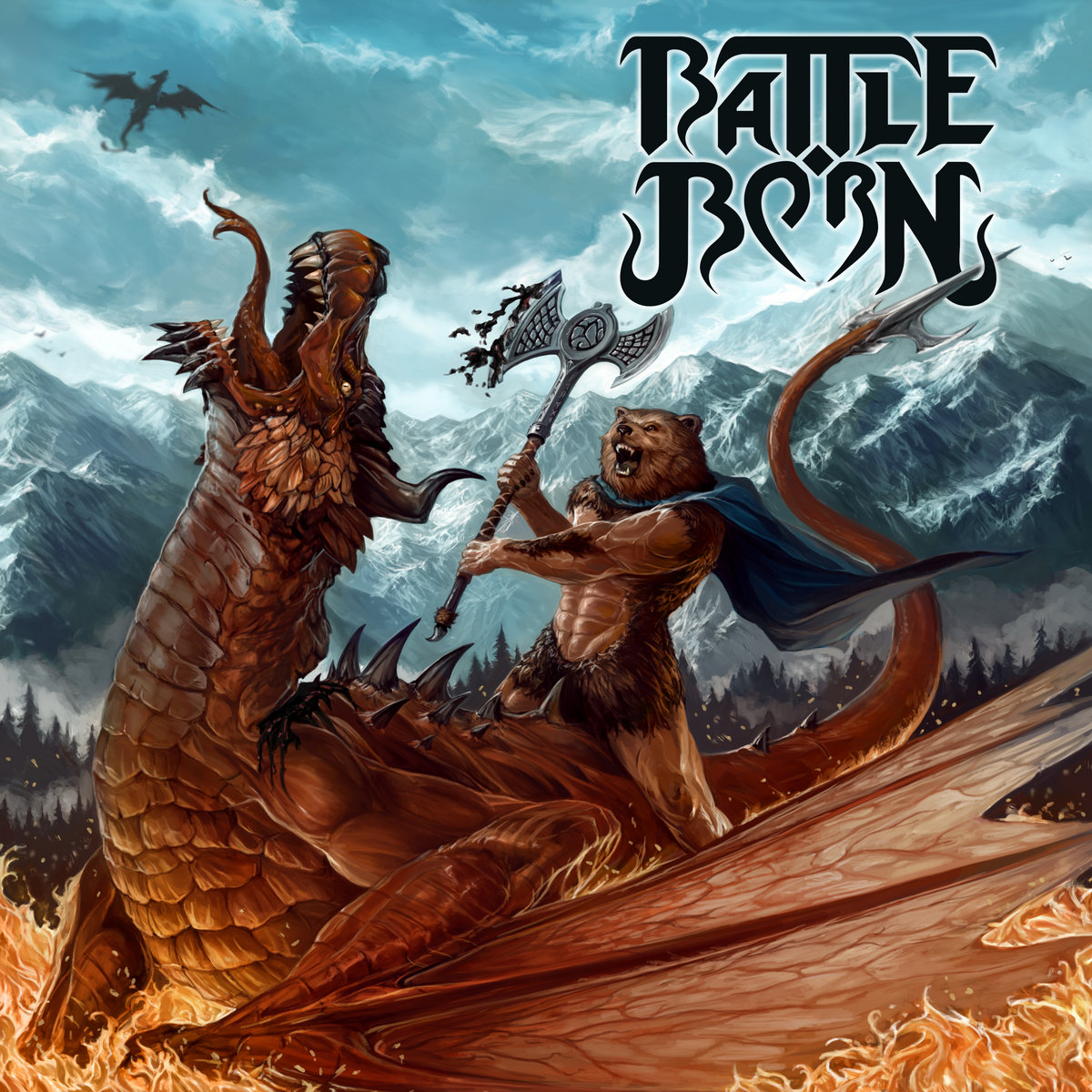 Battle Born by Will Kerr

Introducing Battle Born; a five-piece power metal band from Windhelm, Eastmarch. Join us as we set out to forge mighty steel, sing powerful hymns of war, and rid our homeland of the terrible scourge. The Battle-Born family are a pillar of society in the land of Skyrim, a freezing land ravaged by a dragon’s fire and tyranny. We are honoured to make our stand under their banners. So good we named it twice! In fact, our first single carried the same name. We just couldn’t resist Battle Born by Battle Born off Battle Born! Not the best for PR apparently, but enjoyed it for sure.

Our influences stem from a love of European power metal, in particular keyboard-led bands from Finland like Stratovarius. But there’s a heavier edge to our sound which comes from the more classic heavy metal route which comes from listening to lots of Judas Priest. Of course, we don’t shy away from the lighter stuff or a bit of synthwave.

In our opinion, Power Metal is the best genre for engaging a crowd. This is clear in that so many festival-headline acts are Power Metal bands. It has theatrics and drama, it’s catchy, and has almost everything anyone could need from Heavy Metal. The philosophy behind our brand of metal is for the music to be carried by the “leads”, be that a vocal line, guitar line, or keyboard line, there’s always something to latch on to; and, at the end of the day it’s Heavy fucking Metal, so it shouldn’t be over-produced or too highly refined.

Our lyrics tell the tales of mighty warriors from the lands of Skyrim. How they fight for honour and glory against the powers that threaten their freedom. For the artwork, a bear with abs takes down the dragon with abs? The Heavy Metal headline writes itself. Irresistibly cool idea too good to pass up. We wanted something that was going to be completely unsubtle and fully awesome. This is one of the components we’re most proud of. Marc Whisnant absolutely smashed it and was great to work with.

Dark Arts? Depends on what you mean. I hear there’s a college in Winterhold for those with the aptitude to cast spells and incantations