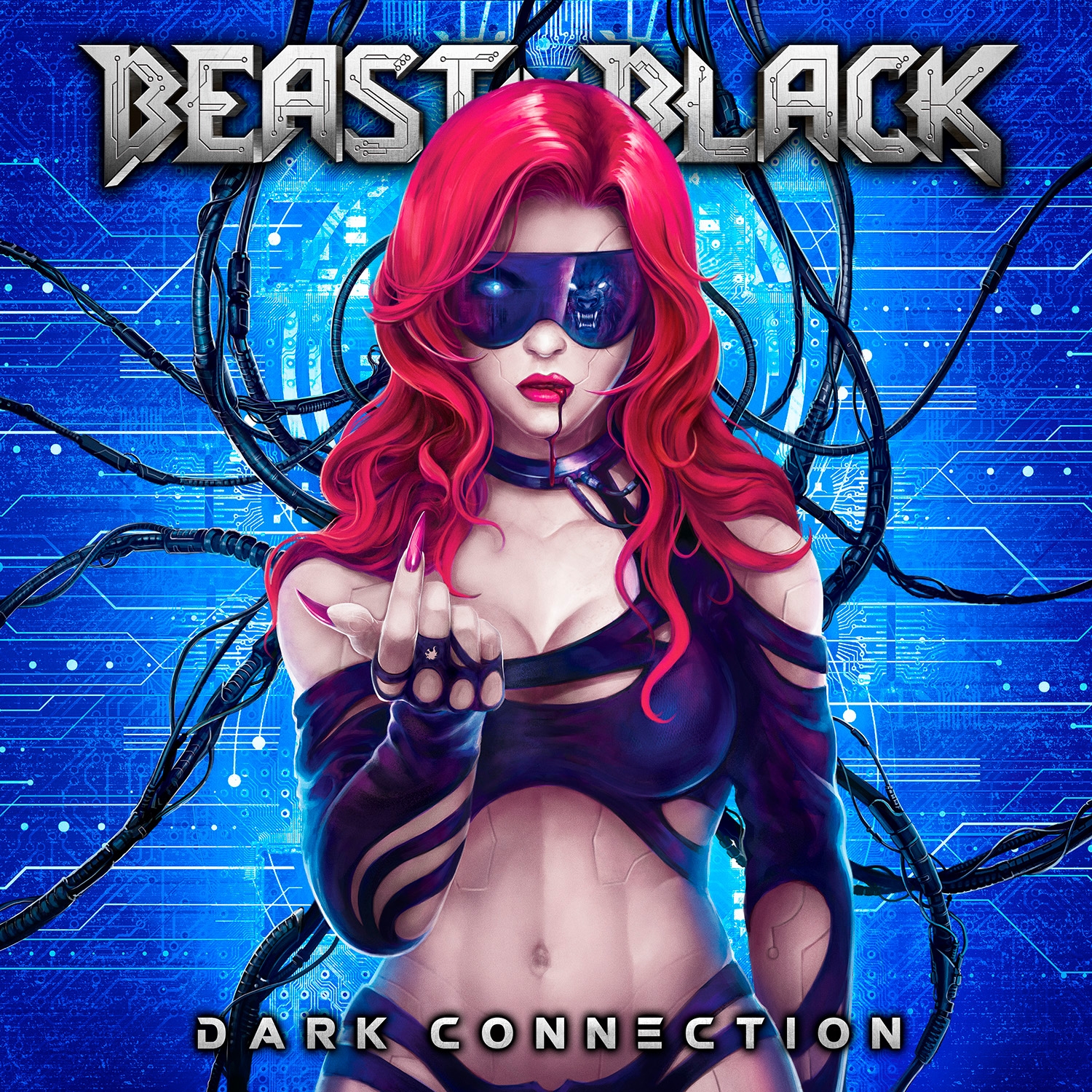 Our new album Dark Connection 2021 circles around cyberpunk themes with influences coming from the 80’s and the 90’s cyberpunk anime, the artwork of Hajime Sorayama and the film ’Blade Runner’. The main focus is on the relationships between humans and humanoid robots. Apart from cyberpunk, it also contains three songs about ’Berserk’, and some songs originate from my personal life. The making process was more or less just like the previous albums. First, I went through a section of old songs, half-completed songs and ideas, and wrote new songs. There were about 15 songs from which the final songs were selected. The band members gave their feedback on these songs. After that, I started to write lyrics. Everyone got the song files to practice their parts for the recording process. I took care of the producing, recording, editing and mixing. Yannis also gave his much-appreciated input in editing and mixing as he usually has done since the first album.

It all comes down to a creative instinct and its continuous flow. To me, it’s hard to tell where something ends and something new starts. It’s all connected. I feel inspired and hungry for creativity almost all the time, and new ideas and songs are being actively conceived. The next (4th) album has already been on my mind before we even finished ’Dark Connection’.

I don’t separate life and art. I mean, they both affect each other greatly. It’s a two-way street. Art is about transferring one’s thoughts and emotions into reality and being influenced by reality and other forms of art. I believe art always reflects its maker’s real-life features and qualities.

As a kid, I realised that I felt strongly about some songs when I heard them. For example, opening theme songs from such cartoons as He-Man and the Masters of the Universe, Biker Mice From Mars’ and ’Teenage Mutant Ninja Turtles’ were uplifting and empowering. I also heard Metallica’s Master of Puppets and The Offspring’s Smash albums from a friend. I liked what I heard. But my first own rock album was Deep Purple’s ’Slaves and Masters’ when I was six or seven years old. A couple of years later, I got a hard rock compilation double-CD for Christmas, and that’s how I got familiar with many classics of the genre. Not too long after, I got more hard rock compilation CDs. Later on, in my early teens came Children of Bodom, and soon after that, Judas Priest, Manowar and W.A.S.P. When it comes to Judas Priest, the life-changing moment was a family trip to Helsinki. On the way back home to the village, I listened to a Judas Priest compilation CD I had chosen, and my dad had bought it for me. By the time we arrived home, I had turned into a total Judas Priest fan.

Music is an invisible friend that everyone has. It gives you strength, a feeling that someone understands you, someone who can join you in your brightest or darkest moments. But it’s also all of that what you said and much more. It’s hard to think of a person who doesn’t listen to music in any circumstances throughout one’s own life.
https://beastinblack.bandcamp.com