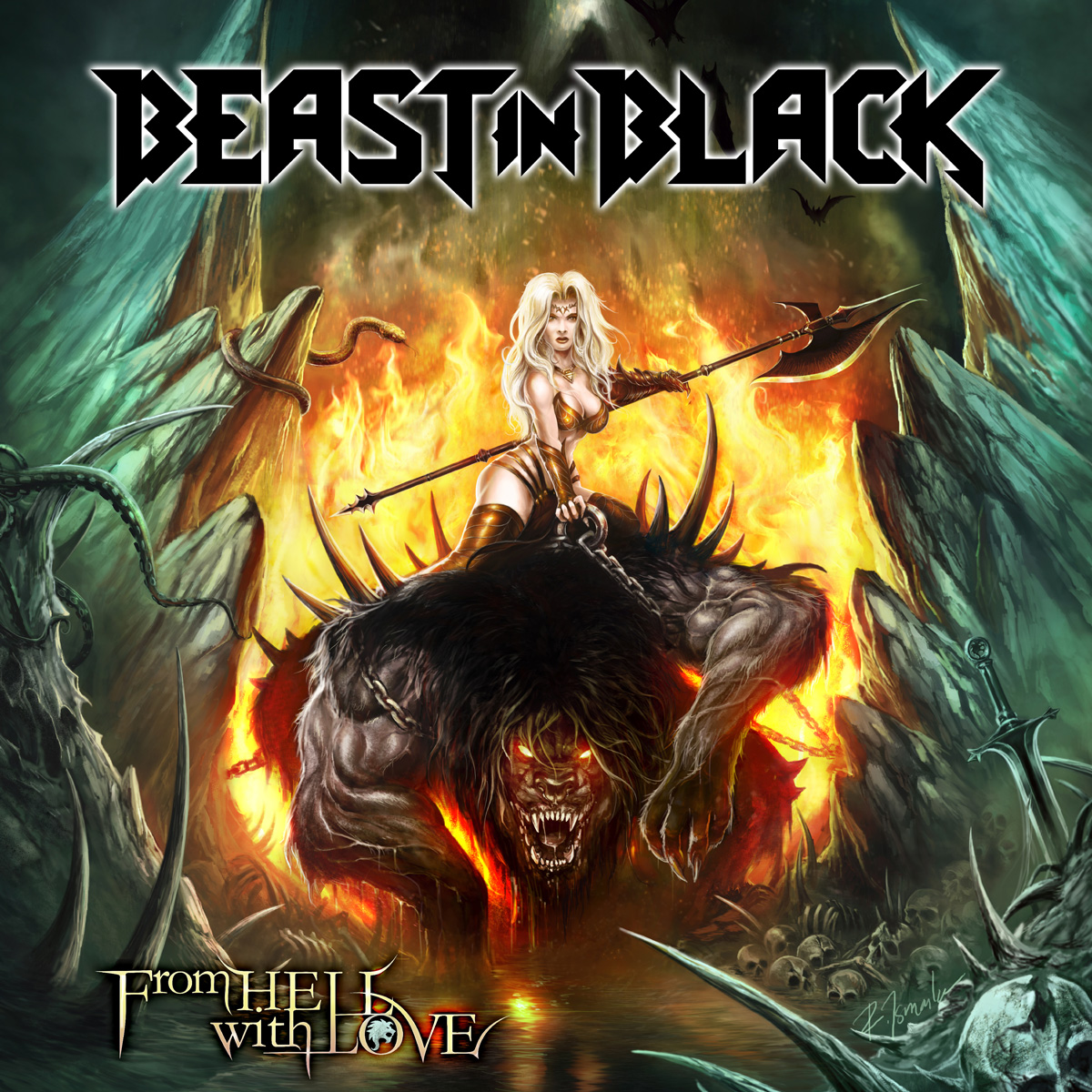 From Hell With Love By Yannis Papadopoulos

Beast In Black is a five-piece Helsinki based heavy metal band that was formed in 2015. The international line-up consists of Yannis Papadopoulos (vocal), Mate Molnar (bass), Atte Palokangas (drums), Kasperi Heikkinen (guitar) and Anton Kabanen (guitar, vocals). The band released the debut album ‘Berserker’ in 2017 and the second album ‘From Hell With Love’ in 2019. Since the release of ‘Berserker,’ the band has been touring actively. We all have been musicians for the greater part of our lives and we’ve played and gathered experience in different bands. To name a few… U.D.O., Thunderstone, Battle Beast, Wisdom, Wardrum.

For the writing and recording, I just browse through my song/idea library and after I’ve narrowed down my selections to twenty songs or so, I play those to the band members. This time it was the first time when some of the lyrics were co-written with a friend of mine, Paolo Ribaldini, who is also a fan of the Japanse “Berserk” manga and anime. Recording and most of the lyric writing/refining happened between the festival gigs in 2018. So far it was probably the most challenging album to make in my personal career because of the extremely tight schedule.

About half of the lyrics are based on ‘Berserk’ manga. The opener track ‘Cry Out For A Hero’ is based on the ‘Fist Of The North Star’ anime from the 80s. The rest of the stuff is more personal and fictional.

A close friend of mine Roman Ismailov made the album cover. It’s old-school and has personality and character. Just like music. One way to interpret the cover art is to say that when there’s something or someone you love and are passionate and obsessed about, you’re ready to go through hell for that. Originally there was another theme for the artwork but we had to abandon that idea. Luckily Roman had one draft that looked fitting for this album cover and we just took it from there and finished it.