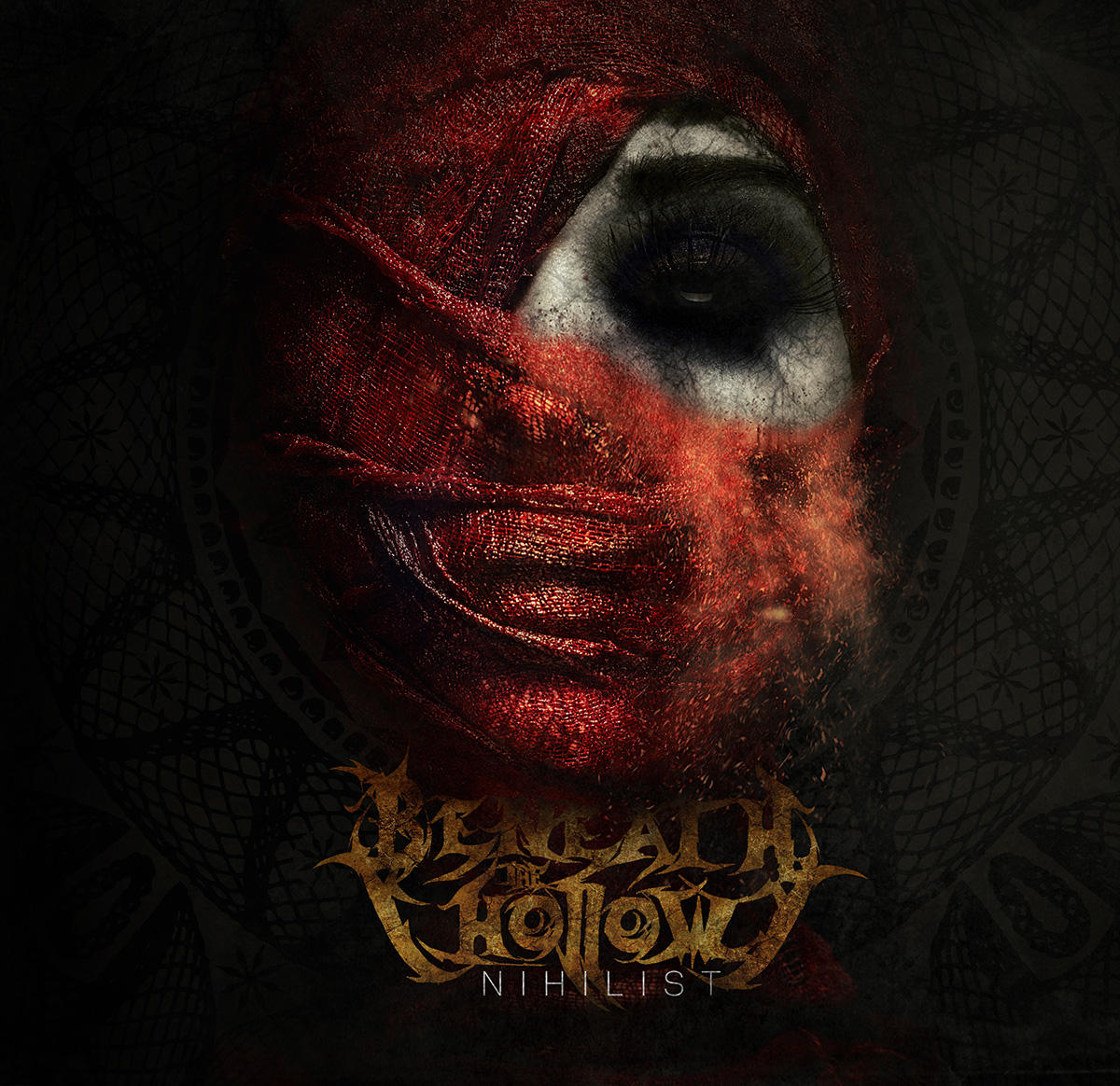 Beneath the Hollow is a four-piece heavy metal juggernaut hailing from Chicago, Il. Combining a heavy power reminiscent of Pantera, Mastodon and Nothingface with soaring melodies of Alice In Chains and Soundgarden. This is a band that strives to create something truly unique. October 2018 The band released a six-song EP titled ‘Nihilist’ produced by Todd Smith (Dog Fashion Disco, Polkadot Cadaver, Knives Out!). In June of 2019, the band released a new single titled ‘Spellbound’ announcing the departure of long-time vocalist Aaron Revels and welcoming new frontman Jewell Yocum. The second single ‘Newborn’ slated for release 6/28/19.

The origin of this band goes back to early 2003. When brothers Jesse (guitar) & Matt (drums) DeGroot began playing music together at ages thirteen and ten respectively. Flash forward to 2019 and the band has undergone multiple line ups, hundreds of shows and has landed with a mega focused group producing the strongest material the band has ever released.

The artwork for ‘Nihilist’ was done by an amazing artist named Patrick Lamond, and it fit that release perfectly. He had basically no direction from us. We sent him four/five rough mixes of the songs and some lyrics and the first thing he presented us was what went to print. He absolutely nailed it. The artwork accompanying the ‘Spellbound’ and ‘Newborn’ singles is 110% the opposite direction from ‘Nihilist’ lighter, and more natural element based. Everything around us is a constant inspiration. It shows through in our lyrics and even the mood swings musically from song to song.

Our influences are extremely broad and I believe that reflects in our sound. Nothing is off-limits. We’re very rooted in metal (Pantera, Mastodon, Slipknot) but also have classic rock ingrained in our DNA from growing up around music. Montrose, ZZ Top, Skynrd. 90s hard rock like Alice In Chains and Soundgarden are also major influences. Part of the reason ‘Spellbound’ was the first single released is that it really shows the range of what we do.

I personally think the metal community is harmless. Metal music has made me some of the most caring, generous and loyal friends any person could ask for. It’s like a giant family. It may look dangerous or odd to an outsider, but I don’t think any of us on the inside are concerned with their opinion.