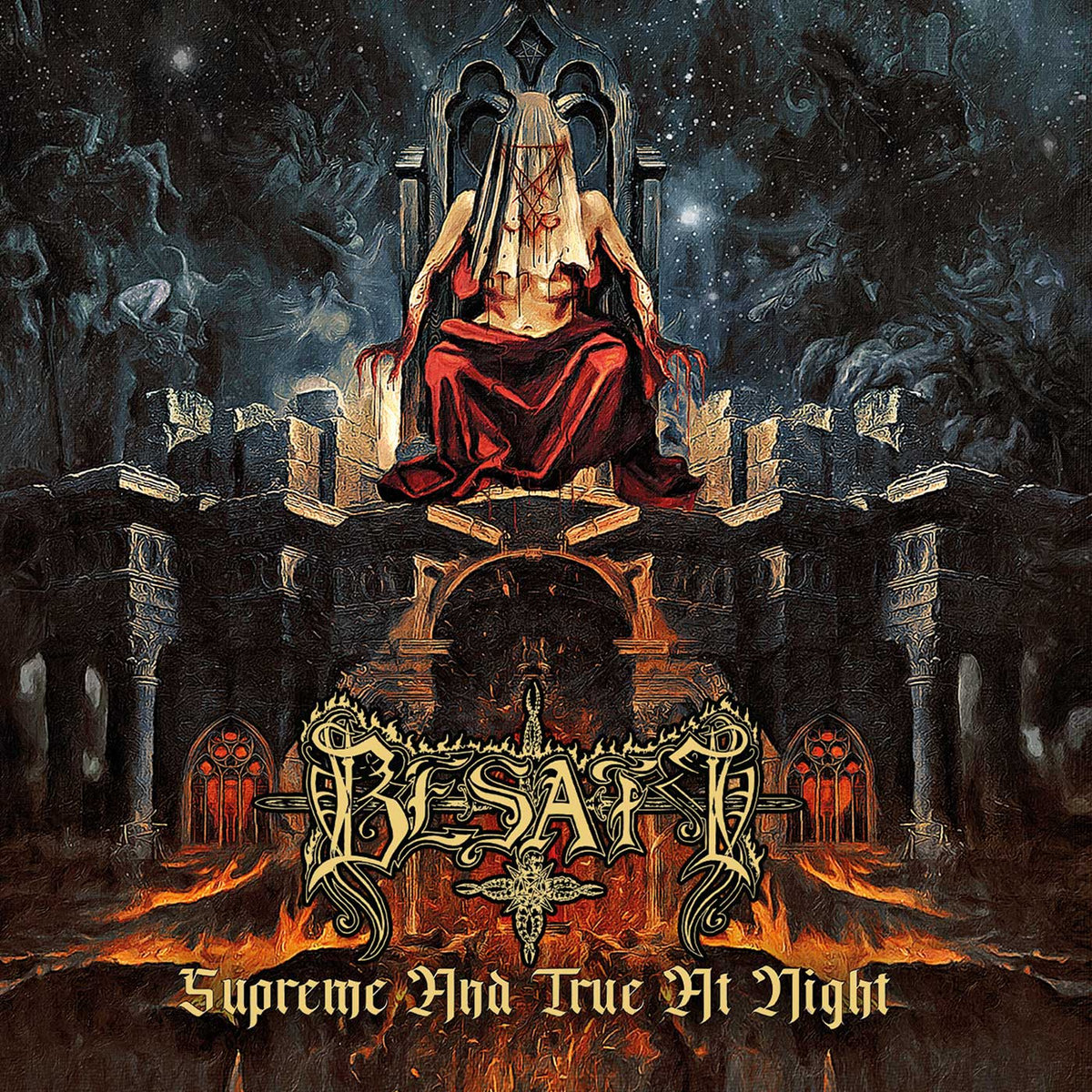 Supreme and True at Night with Besatt

We have been working on the album (with breaks) for almost four years. We had several tours for which we also had to prepare during this time. So the writing process itself wasn’t as long as it might seem, but we’ve changed the way we create new songs a bit. Our last album ‘Supreme and True at Night’ was almost entirely made in our rehearsal room. Before somebody brought some ideas, we worked on those ideas. Now we sat down together and came up with a vision for the song, and then we tried to transfer that vision to the guitars. The process was arduous and lengthy, but the result pleased all of us as music writers. We corrected all the inconveniences that disturbed us at the stage of creation. It happened that we did not compose a single riff for a month, and it sometimes happened that, in an impulse of creativity, we were able to create the skeleton of the song in two rehearsals. To sum up, this type of work suits us because it satisfies us as music creators. We do not influence the audience’s tastes, and we can only hope that they will also like this album.

We never met Marcelo Vasco personally. He is a good friend of our Brazilian publisher Mutilation Records. We’ve seen his works, and we wanted him to do something for us. It was 2011. Then, thanks to our publisher, we contacted him, and after a few exchanges of sketches, he created the first cover of Tempus Apocalypsis for us. Then he made the cover for Anticross and the last album, ‘SaTaN’. I would like to add that Marcelo is a well-known artist in his industry. He made covers for: Slayer, Kreator, Satyricon, Dimmu Borgir, Behemot, Dark Funeral, Ragnarok, Machine Head and many others.

The message and ideology in Besatt is satanic from the very beginning. For me, black metal is music and, above all, a message dressed in sounds. Can you imagine Venom singing about corruption or environmental issues? These sounds, these riffs are ominous and can only carry a devilish message, which is why the lyrics in Besatt are about Satan and all the demonology associated with him. Earlier on the albums ‘Demonicon’, ‘Tempus Apocalipsis’, and ‘Nine Sins’, I went so far as to make them a concept album. The individual songs are linked together by means of lyrics.

Creating the album is specific to us and plays on our feelings, which we transform into sounds and lyrics. However, when we know that we are ready, we order a studio and a more recreational process begins. What we have already created, we want it to be recorded as well as possible; we focus on making it sound good. To sum up, there is no more time in the studio for rituals, only for our skills, experience, and sound engineers. We want these soulful sounds to gain power and so-called ‘punch’.

I don’t know what you mean exactly, but my view of the world is based on this life. My assumption is that we have our only chance to use our lives here and now. I do not care about nonsense about life in asceticism and life after death, and I will not stuff the pockets of servants of the church.  I have my principles and my values and live (as much as possible) according to my instincts. Of course, I’m not a wild animal and sometimes you have to evade to survive. It is not without reason that a pentagram has been hanging on my neck for several decades – a symbol of freedom, independence, and Luciferic light enlightenment. I try to open the door and look in, check the door – which others do not notice at all.

In the 1980s, socialism prevailed in Poland, and sometimes the music was the only breeze from the West. Once a week, the Polish radio had a hit list where you could listen to songs that were on top worldwide. Back then, I recorded songs that I liked on the tape recorder and listened to them later in the week. I recorded a song called Saxon ‘Broken Heroes’, and I liked it so much that I started to drill down on what kind of band, etc. My father’s friend had a Saxon cassette, which he lent me together with W.A.S.P. and Accept, and then it went. Another breakthrough was when I discovered more extreme music Kreator ‘Pleasure to Kill’, Slayer ‘Regin in Blood’, Sodom ‘Persecution Mania’, and Venom ‘Eine Kleine Nachtmusik’ rolled on vinyl over and over again. Then in the 90s, the era of Norwegian black metal came, and bands like Mayhem, Gorgoroth, Satyricon or Immortal absorbed me completely.

Music has accompanied man since the dawn of time because music is an emotion. Some have developed more; others are in a very primal state. For people like me and me, it is an indispensable part of life for people like me and me, something that is very spiritual, and I convey my emotions through music. The recipients of our music and music that are more ambitious in general are inspired, and it is beautiful. There is another quite large group of people for whom music is just plain entertainment, and a simple rhythm is enough, a little alcohol and they are having fun. All in all, music is needed by the world to express emotions, worldview, belonging or just plain fun.