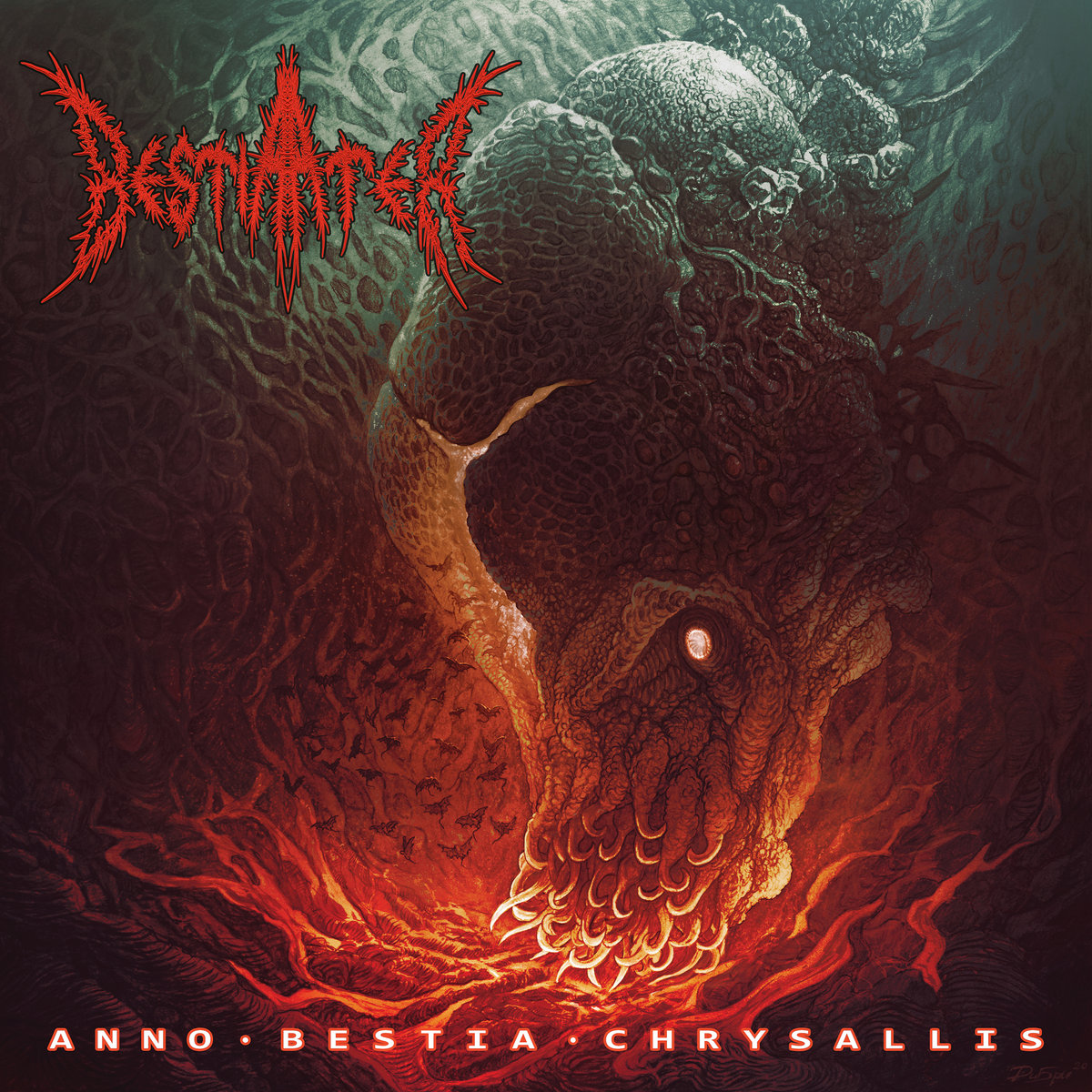 The project Bestia Ater is the work of Kiril Kirilov (vocals and lyrics) and Dinko Dimov (songwriting, musical arrangements, bass, additional vocals). Kiril Kirilov is known for being the founder and main vocalist of Hyperborea (1997-2016) and featuring as a vocalist for the bands Past Redemption and Terravore. The album’s artwork, both the cover and the imposing images of the demonic entities included in CD Edition’s special booklet, is Dinko Dimov’s work, who is also a professional artist. The band has already debuted the album live, at the Sea of Black festival, alongside the two additional musicians who have taken part in the studio recordings – guitars by Villy Neshev (Project Arcadia),  Ivo “The Jeep’ Ivanov at the drums (Enthrallment) and as the second guitar for the live Deyan Videv (Ciroza) joined also. The album will be re-released via Wormholedeath worldwide.

Anno Bestia Chrysallis is BESTIA ATER’s debut album – the project which Dinko and I started in 2018. We have more than 25 years of experience in death metal, but this project set a new beginning. The album’s concept became clear in 2019, and in 2020 started the work on the album and the recordings. Dinko is the writer of the music and arrangements, and the lyrics are mine. The album is conceptual, and it contains eight pieces, each of which is dedicated to a certain demon from different mythologies around the world.

I have a great interest in occultism and demonology. Outlining the album’s concept, I decided to tell about the demons from different parts of the world. I started reading and gathering information, which did not turn out to be such an easy task, given the information age that we live in. I tried to make the texts reveal the essence of the demon and be interesting as stories. The names of the demons and their arrangement in the album are not random. Here’s a little mystery for you and the fans: The words from the album title and the arrangement of the tracks follow a certain logic.

Unfortunately, we are not professional musicians, and for this reason, we cannot say: “We lock ourselves in the studio or a hut in the mountains and create and record”. We worked with wonderful musicians who accepted the challenge and approached the recordings with undisguised enthusiasm and seriousness. So far, we have managed to play live performances in the band that recorded the album. I hope that we can continue our future performances because the boys are great: Ivo Ivanov (drums), Vili Neshev (guitar), Deyan Videv (guitar). Their names deserve to be mentioned. Kiril Kirilov

The composing of the album started in an extremely unconventional way. The drums were recorded first by Filip Filipov, and I composed the songs on them. Both I and Kiril listen to hundreds of bands, but we don’t know if any of them creates the songs this way.

Creating music is a natural necessity, and I compose every day. We can make an album at any time, but learning the songs by the other musicians takes time. In other words – it’s always a good time for an album!

We just love music, Death metal music. We love listening to it, we love playing it, and it gives us pleasure. Each of us has his daily routine, but we always find time to listen to favourite pieces, discover new bands, and of course, to play.

It was back in the 90s when I’ve discovered this kind of music. Monstrosity, Suffocation, Death, Morbid Angel, Detest, Cannibal Corpse are among the first death metal bands I’ve listened to. Nowadays we have some great bands such as Diskord, A Million Dead Birds Laughing, Necrot, Perdition Temple.

Music can be considered as just entertainment. It certainly is entertaining, but it has a much deeper meaning. Quality music, no matter what genre or style it may be, is a spiritual experience. Music is a universal language that unites people from different parts of the world, with different cultures and worldviews. Dinko Dimov