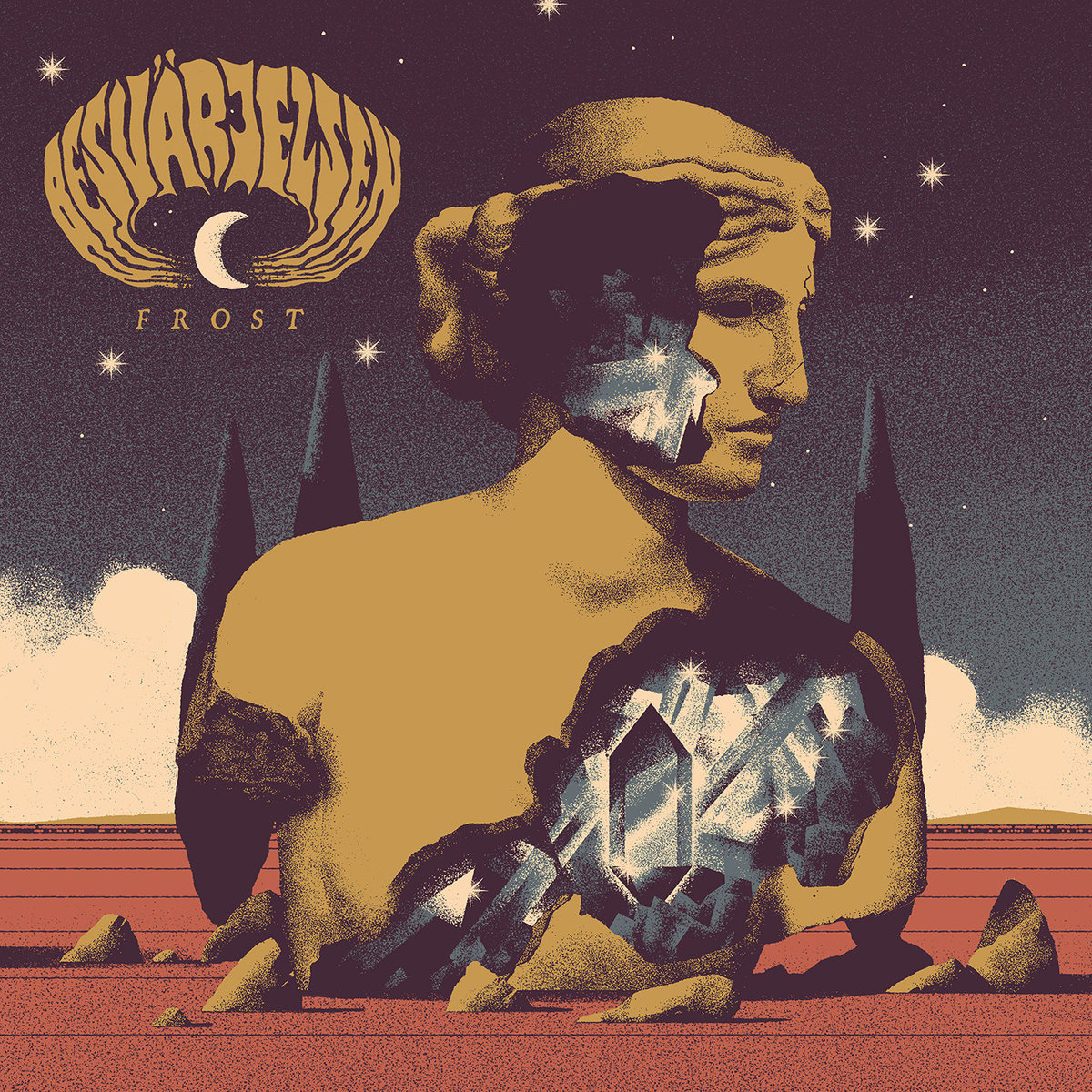 Besvärjelsen was forged in 2014. The band is clearly rooted in doom, but with traces of metal, punk, folk and classic rock ‘n’ roll. The band released its first EP ‘Villfarelser’ 2015, followed by ”Exil EP” 2016 and debut album ”Vallmo” 2018. 2018 was spent mostly supporting Vallmo, but Besvärjelsen also recorded a 6 track EP for Blues Funerals Postwax subscription service in august 2019. The result is an EP which takes Besvärjelsens music to the next level. A heavy emotional journey through the diverse landscapes of heavy rock.

We started out a couple of years ago but all of us had played for years in different bands like Dozer, Afgrund, Lastkaj, Greenleaf to name a few. Some of us knew each other from before so there was already a connection when we joined forces in Besvärjelsen. A couple of band member changes the first years but since late 2017 it’s been the same lineup.

The Frost artwork came about from the title. I gave Peder Bergstrand (who is doing the art direction on the Postwax vinyl subscription series from Blues Funeral Recordings which we are a part of) a short brief about the themes of the record and told him that maybe we could something with ice as a metaphor for sorrow and anxiety, but without going all game of thrones about it J Peder then came up with the whole concept for the artwork and Max Löffler did the actual artwork.

We all have very different influences and I think you can hear it in the songs, everything from pop, 70’s rock, metal, doom, Swedish folk music and punk. Frost was the first record we did that we didn’t write at the rehearsal. We were working against a deadline and we don’t live in the same towns so we had to do it another way. We basically sent each other ideas from our home studios and arranged it that way before recording it properly.

Lea Amling Alazam (vocals) writes almost all the lyrics and sometimes they are personal, sometimes she writes a story sort of based on something she has experienced. So the subjects tend to vary. On Frost, it’s about relationships, sadness and dark emotions. No, I wouldn’t say we have a fixation on that stuff, at least not lyrically. But we all dig good movies!