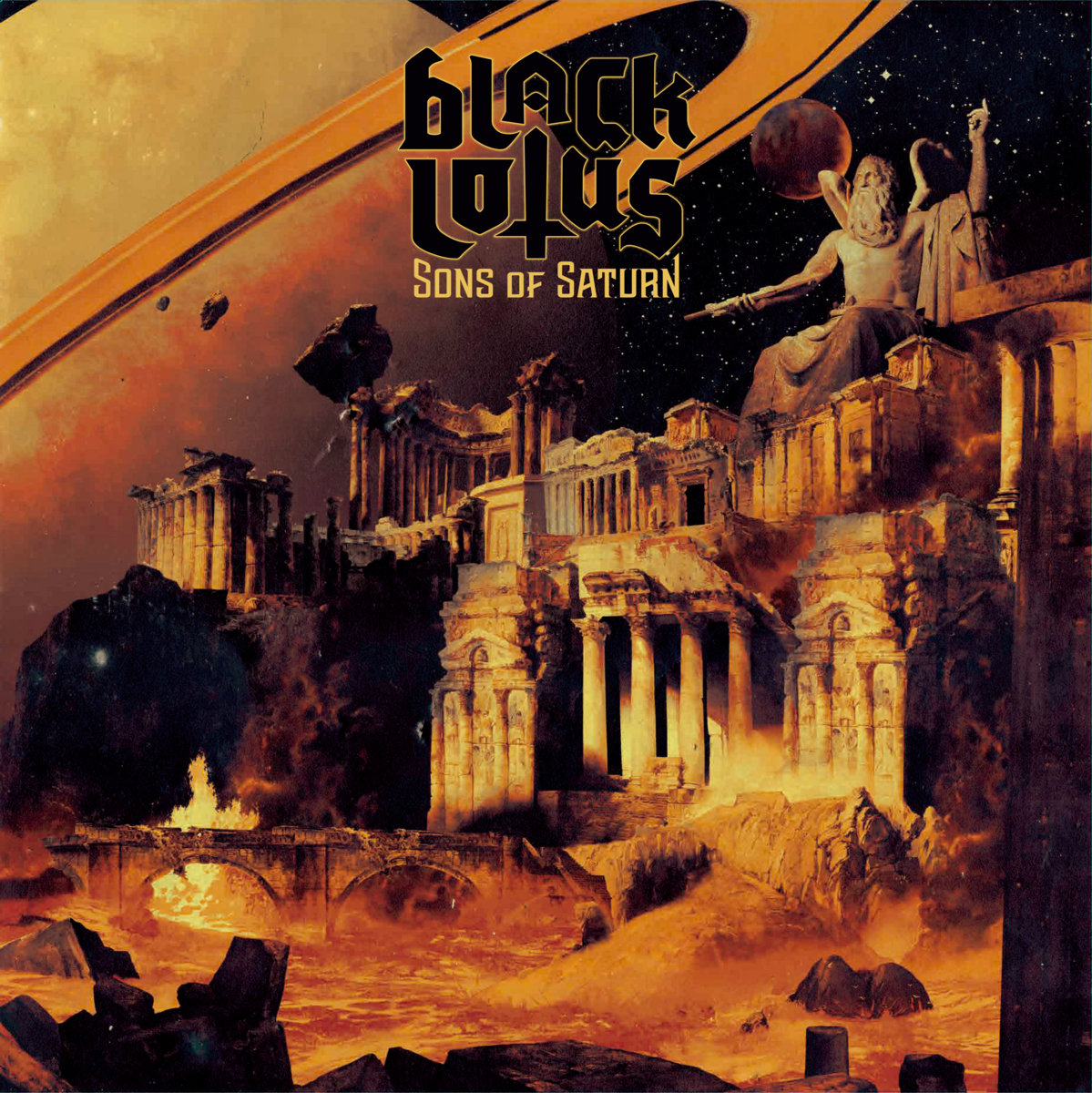 Sons of Saturn by Hug Ballesta

The lyrics of ‘Sons of Saturn’ are inspired by the roman festivities Saturnalias, a celebration in honour of the god Saturn, the roman form for ancient Greek deity Cronus, the god of time. It was a celebration of the winter solstice and the coming of Sol Invictus, a cult from the mythical origin, which astrologically represents the coming of longer days after the sowing of the fields with the entrance of the sun in Capricorn. Saturn represents the protector of both the growing areas and animals.

During those festivities, the people made presents to each other, decorated their houses with plants and burnt candles to celebrate the longer days’ arrival. Now it may sound familiar to you because this is what we nowadays call “Christmas”. That “rebirth” of the sun was ultimately assimilated by Christianity, which stole that cult calling it the Nativity of Christ. After all, our album was recorded late December, during the Saturnalia celebrations, in 2017. We decided it could be convenient to call the album Sons of Saturn since we had a song about this theme.

So, to be more specific, we are fans of Black Sabbath in all its forms, but we want to claim the Dio and Tony Martin era, the early heavy metal bands (Priest, Maidens) and those bands first tagged as doom such as Pentagram, Trouble, Saint Vitus. The epic European side with Candlemass or Solitude Aeturnus. Celtic Frost is a reference for us and the gothic death scene of the early nineties with Anathemas, Paradise Lost, Cathedral, Katatonia, etc. We are also followers of the 90s prominent grunge bands such as Alice in Chains or Soundgarden, and the sludge side with Down or Corrosion Of Conformity.

As you see, there are several influences in Black Lotus’s music, as many as the band members’ tastes. But we try not to copy; we simply try to perform our version of all those who influenced us. It flows naturally, and the resulting sounds can fit on any of those styles without limits. But please understand me, it doesn’t mean that any shit could fit in our music, we just try to follow a proper path in harmony with our feelings. This is the only rule.

The way our sound fits in the doom metal spectrum came spontaneously. It was not a deliberate thing. It came as a result of our tastes and how we feel the music. But yes, it seems our philosophy and our view on things fits perfectly with the doom metal concept. Doom metal has this kind of obscure and decadent poetry and atmosphere in which we feel like home.

I am a great reader of gothic and pulp literature of American and English authors such as Poe, Oscar Wilde, Mary Shelley, W.H. Hodgson, R.E Howard and H.P Lovecraft. I’m also a usual reader of the occultist literature and philosophy of the late XIX and early XX centuries with authors such as Baudelaire, Joris-Karl Huysmans, and Eliphas Lévi and the theosophy texts from Helena Blavatsky. These diverse styles are somehow connected, with stories from Lovecraft and Howard having a significant influence from theosophy for example.

All those are big influences for our lyrics, but the politics and what we call our dystopian society. What happens around us, our ways of thinking, and our philosophy is always present in our writing, and we try to convey all this using a decadent poetic way. We share this with those writers and poets from the late S XIX.

Some of us had some contact with drugs eventually in the past, but it never was something too present or even obsessive in Black Lotus, to be honest. Apart from some occasional extra beer, drugs are not something that we regularly use either in the creation process or in live performances. Our music is not that technical, but it requires attention enough to stay sober before and during the show. It does not always achieve it, but it depends on how long we have to wait from the rehearsals until showtime.