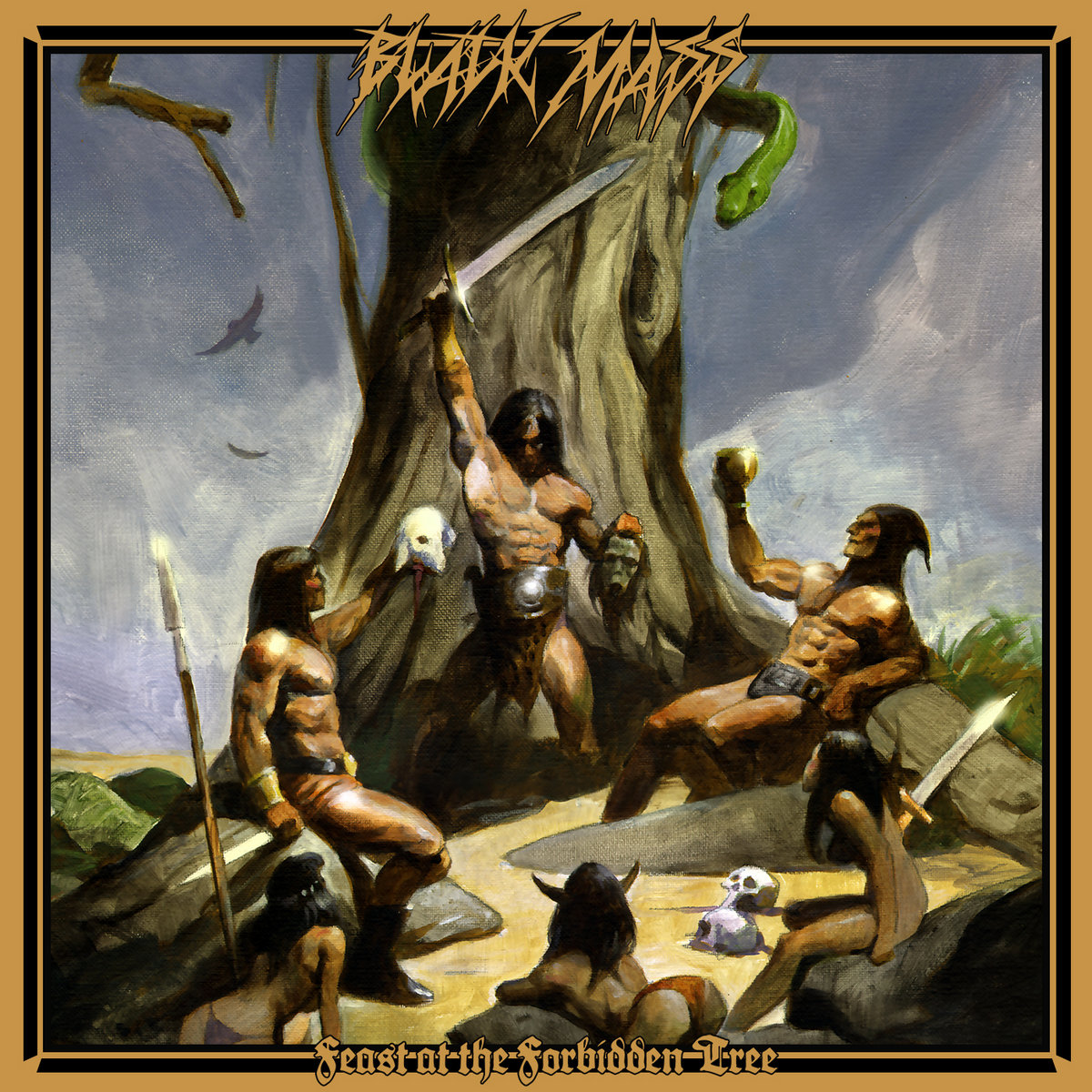 Feast at the Forbidden Tree by Black Mass

Black Mass is a metal band from Boston formed in 2012. They have been going strong for almost a decade by combining thrash and other elements, including black metal, horror movies, punk, and just straight-up rock and roll.

We’re still just sifting through our many influences, whether it’s the faster or slower parts. We pretty much just wrote a bunch of songs inspired by the stuff we like, and some of it had been written for a while before we recorded. We even did Dead to the World as a single on our Colombian tour and recorded a video for it.

We just write as much as possible then try to get the songs tight as can be before we hit the studio. But we’re pretty much always writing. No fixations, really, just emotions. Our influences are too many to list, Black Sabbath, Priest, Motorhead. The first band that I loved as a kid was the Beatles (Brendan).

It depends on what band and which listener, I suppose, but it has the potential to be a lot of things. Its imprint outlasts our own lives, that’s for sure, and I think there’s something to be said for that.