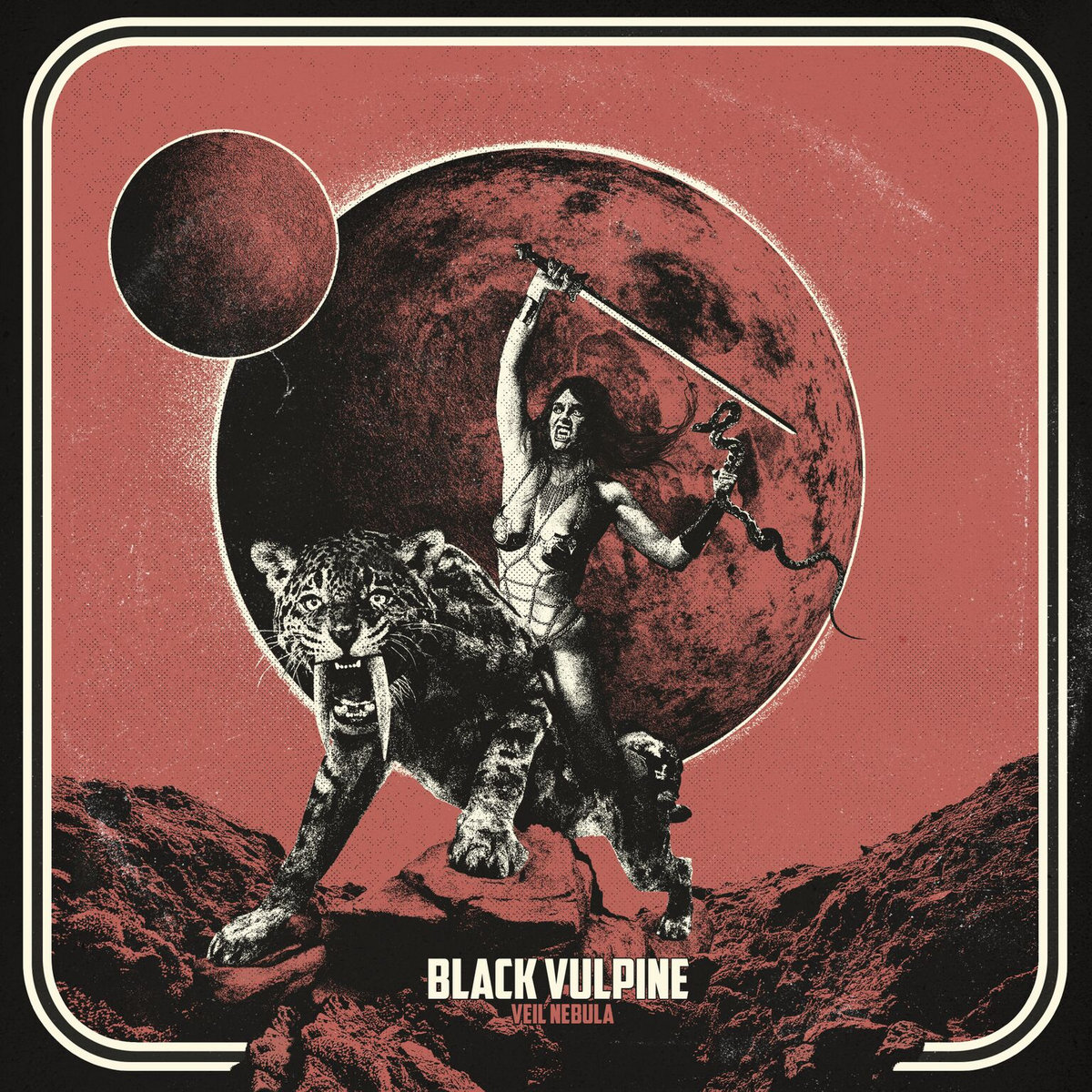 The female-fronted stoner quartet Black Vulpine (Dortmund, Germany) has been growing and playing since 2004. After years of constantly refining their sound and playing shows with bands like Kylesa, The Vintage Caravan or Kadavar, BV’s debut album “Hidden Places” was released in 2015. Their second album “Veil Nebula”, released in 2019, added a good deal of sludge and doom to BV’s guitar-heavy stoner sound.

We started as a band in 2004 with something that might best be described as progressive alternative rock with female main vocals and background vocals. Previously, Sarah had been a solo singer/songwriter and the others were in various bands in our small hometown of Schwerte near Dortmund/Germany. For the first time joining together in one band, we enthusiastically called ourselves “newphoria” and right from the start recorded demos in our rehearsal space and slowly started playing shows. We also did a few unplugged gigs, which went well with our musical style at that time. In 2009 we recorded our second full-length album with more uptempo stoner-inspired tunes (“Stop and Start”). We managed to play some bigger shows (e.g. support for Kylesa) and also produced our first music video. Time went by – from being students to full-time jobs, moving to different cities, starting a family – but we kept rehearsing, writing and recording, even though it required a lot more effort.

Meanwhile, our sound had developed into a different direction with more, darker doom elements. We felt it was time for a fresh start and wanted to get us a new name. Thus, Black Vulpine came to life. We recorded a four-track EP, which was released on Moment of Collapse Records, an independent label located in Hamburg. They also encouraged us to record an album, which we did, again DIY-style. We launched a crowdfunding campaign to release the album on vinyl, which helped us a lot to learn a little bit about the social media game, and also helped a lot to get more attention and gain new fans. “Hidden Places” was released in late 2015 and was well received by the music press and our fans. We toured a little bit – as much as our personal life would allow.

In 2017/2018 we focused on writing new Songs for Veil Nebula. During this time we didn’t play shows. Songs emerged with stoner and vintage rock influences, but also more atmospheric, dark songs with different influences like Prog and Doom elements. The writing process felt natural and these elements gave the songs more space and diversity. We also experimented more with guitar and vocal effects, which went well with our harmony vocals – something very typical of us since 2004. Musically, we are influenced in many ways by e.g. Chelsea Wolfe, Tool, Kyuss, Radiohead. These influences flowed into our songs sometimes deliberately but for the greatest part unconsciously.

Our songwriting usually starts with Sarah or Daria introducing a new song idea on guitar. Then the whole band develops and arranges an instrumental version, often contributing and fitting in other ideas and parts. Finally, the vocal lines and lyrics are added on top of everything. Most lyrics are written by Sarah, inspired by the mood and feel of the instrumental and her emotional associations. Songs like ‘Minotaur’, ‘A Lucid Dream’, ‘Limbus’ or ‘Uprooted’ are clearly inspired by classical myths or myth-like storytelling. In fact, this pretty much also applied to our last record ‘Hidden Places’, ‘White Witch Woman’, ‘Devil’s Blanket’, ‘The Bone Collector’ to name only a few.

For us, metal has always been dangerous. From the outside, it may seem wild dangerous and menacing, but it can also be very welcoming and friendly to the open-minded.