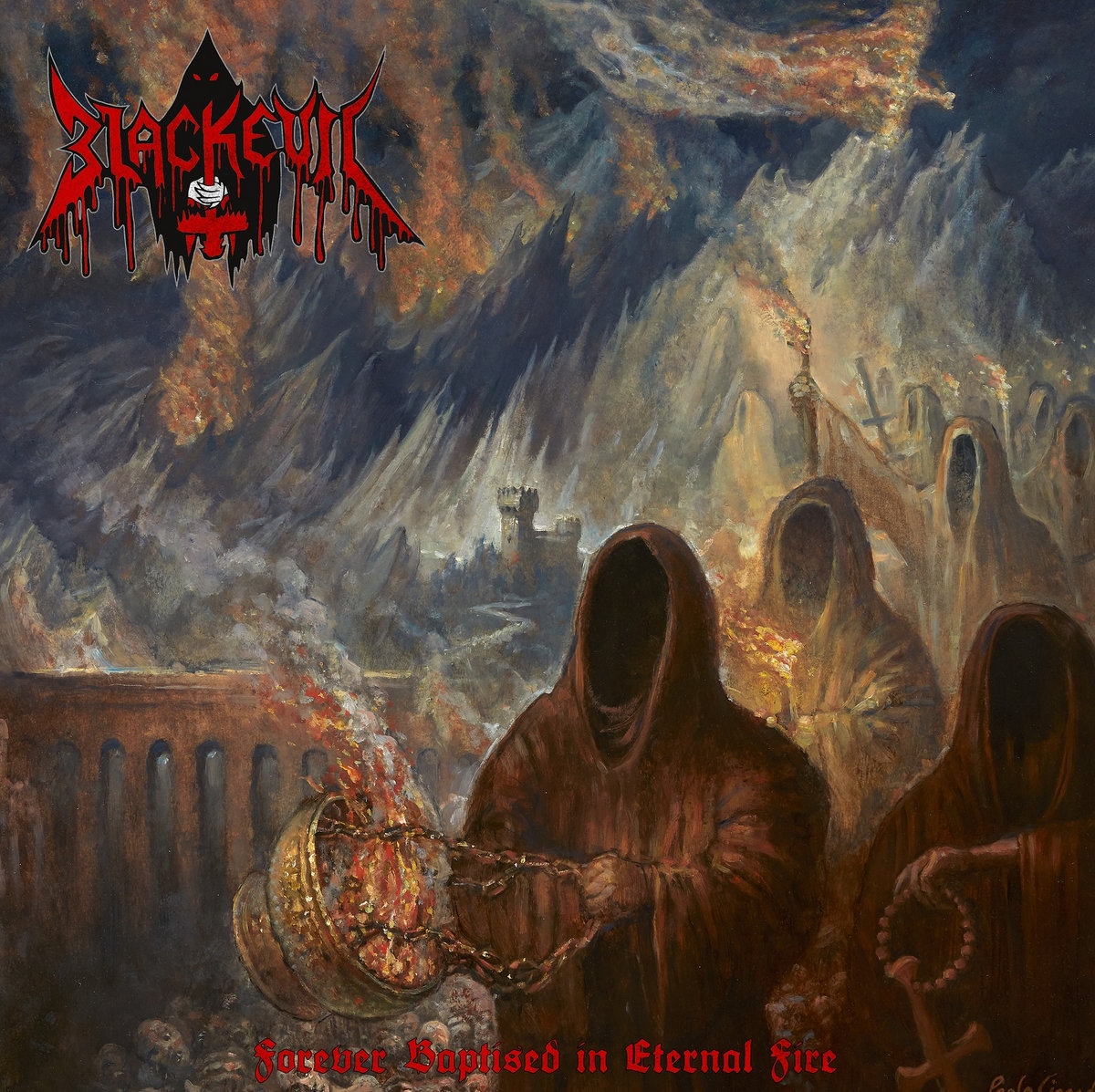 Hailing from Bavaria, Blackevil has been forging fire since 2013. Their first demo, appropriately titled Hail the Cult, emerged from the darkness in 2015, auspiciously revealing a razor-sharp and endlessly salacious style of black thrash. Come Blackevil’s debut album, 2017’s The Ceremonial Fire, the power-trio up-ratcheted everything: more speed, more hooks, more black, more evil, more of more. Thankfully, diehards took notice, and the band furthered the momentum the next year with a split LP with Italy’s esteemed Witchunter. Still, the best was yet to come.

The whole band concept is about the end of the world, and the evil is winning the final battle. So I think the band name fits perfect. I’ve set up a doomsday scenario here. The concept mostly refers to the fact that evil has won because it is stronger and more tempting than good. From the musical side, it is the logical “next step” after the last record ‘The Ceremonial Fire’ 2017, but that‘s what every band claims, right? We just tried to improve the details and stay true to our roots.

We see ourselves mainly rooted in the tradition of classic metal acts, like the Teutonic Thrash pioneers, the first wave of black metal, and more traditional heavy metal and NWOBHM. We didn‘t specifically choose thrash metal; the idea was to pay tribute to the music we live for. We never wanted to re-invent the wheel, so with all influences, we finally ended up somewhere between Black and Thrash with some more classical Heavy Metal elements on top. The philosophy was, is and will always be “metal to the bone”!