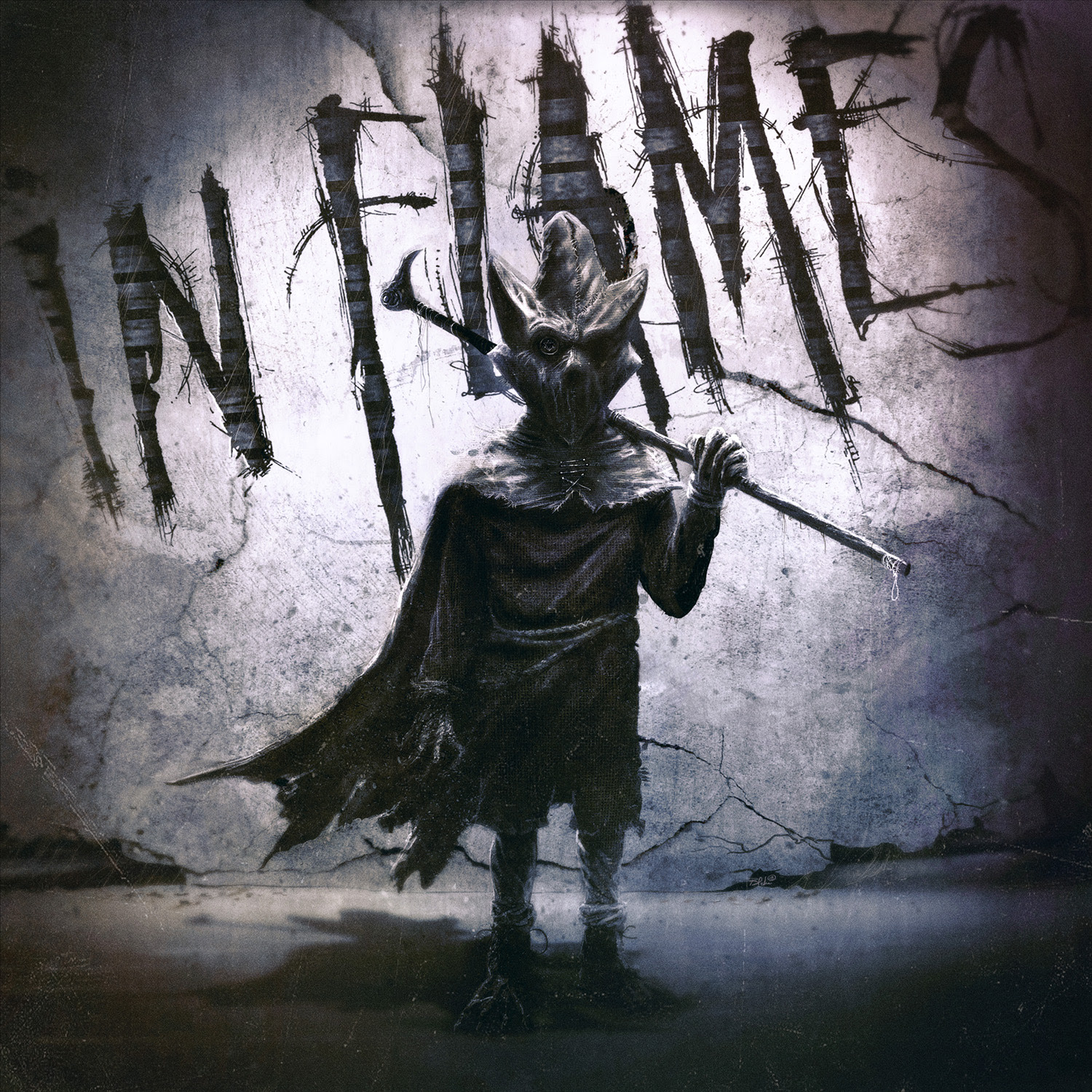 I grew up in very a small town in Southern Illinois called Metropolis. I always loved to draw and paint in school – I wasn’t any good at sports so this was the only way to really get people’s attention. In High school I had my first real art teacher – Craig Rhodes – he was pivotal in shaping my path as an artist. He gave me a good deal of confidence in my work and helped me to push myself. I still call on his mentorship and council to this day. It was also around this time that I discovered my love for metal. I always felt like an outsider – and the music became very important to me.

Immediately after High School, I had an opportunity to move to Los Angeles and I began working in Television. I had considered college, but I was able to find work fairly quickly and the need wasn’t really there. In the TV industry I was able to learn a great deal about management and discipline – still occasionally doing artwork for pitches or concepts, but still never considered that I could draw for a living. The competition in LA is so daunting – there are so many outstanding artists around here.

After almost ten years of working in TV, I met In Flames at a signing here in LA. I had been a fan for more than a decade and decided to make them a fan poster. From that random interaction I befriended a member of their management and that led to the creation of the Jesters Curse, the In Flames comic book I created with Scott Bramble. The comic book created some trust and allowed my name to be thrown in the hat for the Siren Charms artwork.

I’ve been fortunate to have a lot of freedom in the work that I’ve done. I have yet to encounter strict directives from a band. On Siren Charms, the direction was simply that we needed a nautical theme throughout the album and the idea for the cover was somewhat thought out – and that was really it. After that I would submit ideas and get notes from Andreas, the art director for the album, and he would offer small suggestions. But most of the work submitted is exactly what you see on the final record.

Symbolism will find its way into the work. Sometimes it’s overt and sometimes you don’t realize until a week later that you inserted something that makes you go, “A-ha!”. I’ll do anything I need to do to make a cool image. I’ll splatter paint, crumple the paper, burn it, put it out, whatever. Illustration isn’t really my strong suit – I guess I consider myself more of a painter. I normally do a very rough illustration then find the magic in the layers of paint. And from there I make my decisions as to what the final piece will be. I rarely know exactly what a piece will be from the start. I find it during the process.

I know a lot of metal artists bring a level of darkness and intensity, and maybe that comes from a dark place. But for me, it’s always from a place of joy and wanting to spread it. I love to draw and I love music. So even if the work is dark or a little scary, the first thought in my mind is, “Oh man, this could look cool and people might dig it!” so it’s still coming from that part of me that wants to make people happy. I know that metal fans expect certain things, and I know that if I deliver, it can be inspiring and stoke the fire inside them. That ability to do that is incredibly gratifying.

I drew major inspiration from Dave Rapoza in terms of technique – he is a remarkable digital painter. His work allowed me to see a pretty clear path into doing my stuff digitally. The other and probably biggest influence is Drew Struzan. His wis my artistic idol. I keep books of his work in every room of my house. It never fails to make me want to draw. Others that I would throw in are Frank Frazetta and Alex Ross – their stuff is absolutely the best of the best of the best.

Much of my work is radically different – some is darker and more intense and some is lighter and more fun. You can look at my In Flames stuff and then my Han Burgundy painting and they are polar opposites. Plus I’m also learning new techniques on every project and pushing my skills forward – so it’s difficult to pin down a specific “style.” Again I’d have to say its one part Struzan love, one part Rapoza love and one part Blake figuring out what in the hell he’s doing!

My favorite albums are the ones where you hear the record and see the album art and it makes your imagination go nuts. It makes you create a world in your head where these sounds and this music live. Then you wonder what else is there. Maiden and Dio are a good example – they were always fantastic at that. You look at those covers and you are transported!

I truly believe that if you work hard, nice to people and always stay busy, good things will happen. I worked for years in an industry that I ultimately left, but if I hadn’t put in that work and made those friendships I wouldn’t have ended up with the opportunity to make art for a living. So you never know how it will shake out in the end.

I’m currently very happy with where I am – but there are certainly other bands and people I’d like to work with and so much more I’d like to learn. One of my personal artistic goals is to take my digital work far enough that people can’t tell it apart from traditional painting/drawing. Siren Charms was a good step in that direction.