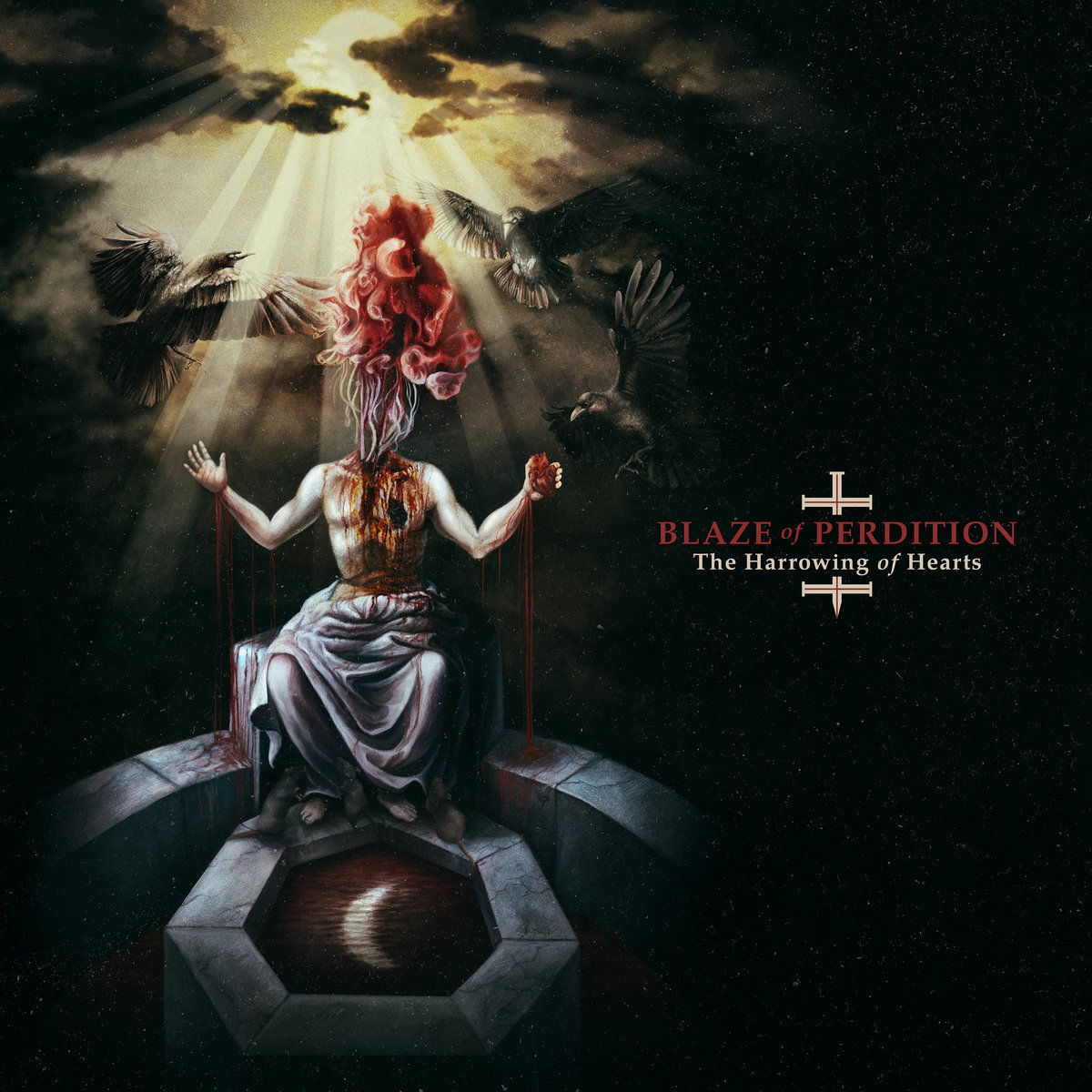 The Harrowing of Hearts by Sonneillon

Blaze of Perdition’s name is an evolution of XCIII’s previous band called simply Perdition. He wanted to keep this word, but make the new band’s name more individual, and we collectively came up with Blaze of Perdition. It refers to the spiritual or metaphorical inner fire burning in humans, their desires and hidden potential.

‘The Harrowing of Hearts’ is inspired by the Christian concept of Harrowing of Hell, Christ’s descent into hell between his crucifixion and resurrection. In the context of our album, it refers to the Jungian idea of the personal journey inwards to discover, understand and integrate the repressed side of our souls.

Many different kinds of music inspire us, but I can’t say specific bands we directly “borrow” from. It’s more of a general and subconscious influence I think, and I’d say we have our style in which we evolve with each album.

When we were young, we’ve already been black metal fans for so long it was a natural choice, as it’s not only our favourite metal genre but something we have an emotional connection with. As for the philosophy behind it, it’s continually evolving, and I can’t say my views are the same as they were 13 years ago when Blaze of Perdition was born. Still, it has always been about self-discovery through the romance with the darker side of our nature. At first, our approach was more straight-forward and direct, aimed at invoking certain kind of primal, rabid energy, but it became more mature, subtle and nuanced with time.

Blaze of Perdition has always been about journey inwards and romance with darkness. No fantasy or fairytales, our themes are somewhat strictly reflective, but also devoid of dogmas and one, certain meaning, and they’re pretty open for interpretation.

First of all, there’s no way of measuring such a thing like “dark arts”. And the term itself has already been so washed out it barely means anything at all. Blaze of Perdition lyrics are more focused on one’s approach, and I can’t say there are some guidelines or credo to define it.