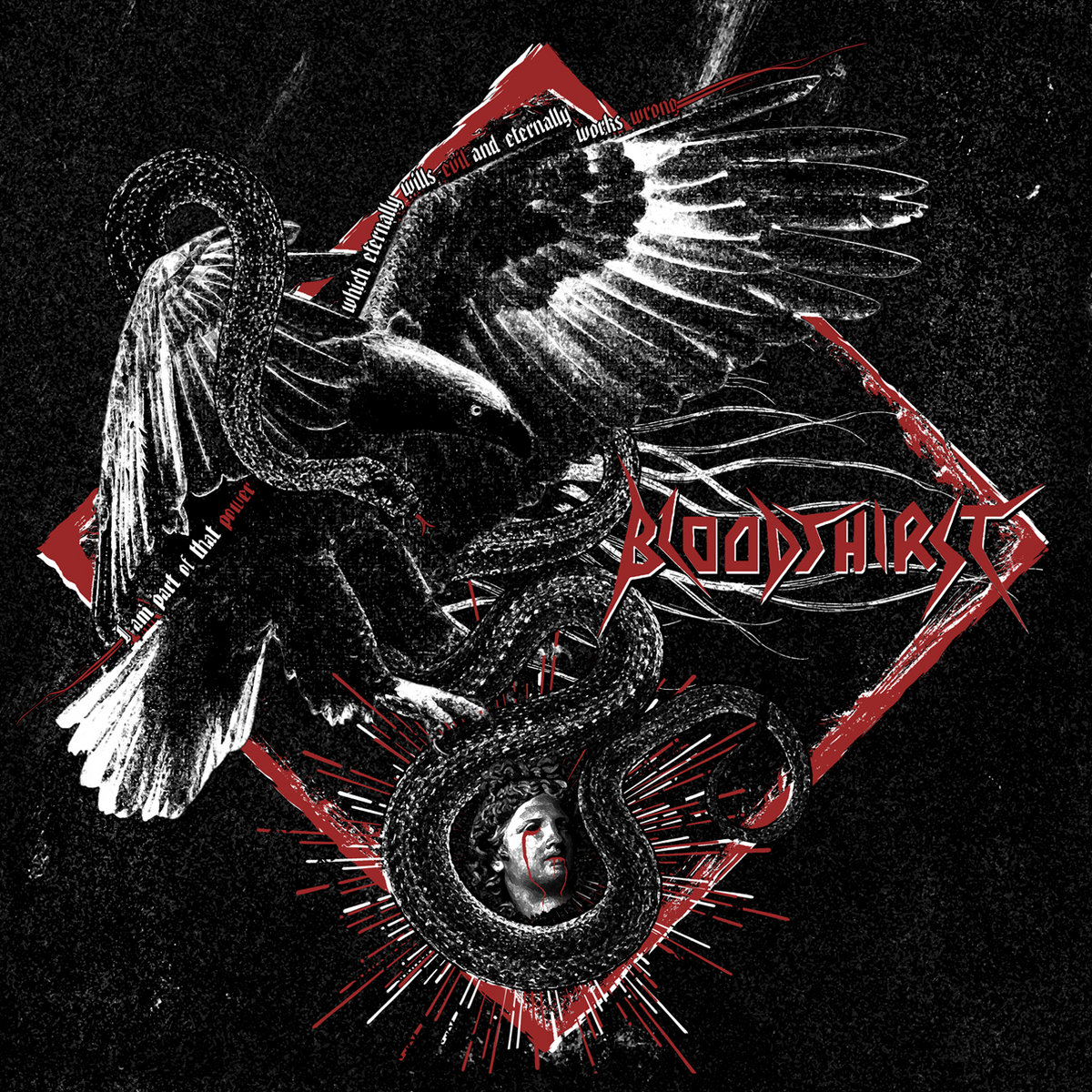 Bloodthirst, a Polish black/thrash metal act coming from the Goat City – Poznań. Formed over a two-decade ago, after a couple of demos & split releases have signed to highly acclaimed Pagan Records and released the four full-length albums: Let Him Die (2007), Sanctity Denied (2009) Chalice of Contempt (2014) and I’m Part of That Power, Which Eternally Wills Evil and Eternally Works Wrong (2019). Although the music is based on classical thrash pounding, it is widely influenced by black & death metal of the 90s, which resulted in a solid background in the scene. The band have shared the stage with cult names like Destroyer 666, Nunslaughter, Samael, Rotting Christ as well as the most recognizable Polish metal groups. Never a part of the pathetic “old school” hype as seen today, always spitting in the face of the modern trend, the four emissaries of hellfire and spite have ever since trodden their own path of Hateful Antichristian Thrash.

Our music’s just a black/thrash metal with some Swedish influences. Twenty years ago, when we started, we played traditional thrash metal in the vein of Kreator and Sodom, but later we wanted to add some other influences to our music. So, now You can find a few other genres in our music than just thrash metal. On the new album, You can hear some Destroyer 666 and Bathory impact.

This is our first release with a new drummer, I think it was a good chance. We wrote this stuff between June 2016 and December 2017, and in March 2018 we started to record these tracks. The album was finished in Autumn of 2018 and we are really satisfied by the final effect. We didn’t want to hurry, we need some time to do it fine. As I told before, the music is some mix of thrash metal (but I don’t think about the „Bay Area” style) with some epic moments and melodic Swedish style, like Dissection or Necrophobic.

“I’m Part of That Power…” is a concept album. The lyrical themes are inspired by Nietzschean philosophy, each of these songs is about Nietzsche’s attitude to Christianity and other living things. I like the Nietzschean philosophy, I’ve always been interested in his point of view, so it was natural for me to write some lyrics about it. About music, I’m a metalhead for more than half of my life, I like to be a part of the metal underground, so it’s also natural for me. Music is my hobby, playing in a band it’s just a pleasure for me.

On our former releases were focused on Christianity, we were (and actually still we are) a real anti-religious and anti-Christian band. But we have never taken any inspirations from movies or politics. Once we wrote an MCD ‘Glorious Sinners’ which is about popes and the Vatican, but it’s still more anti-religious than anti-politics. www.facebook.com/bloodthirstpl