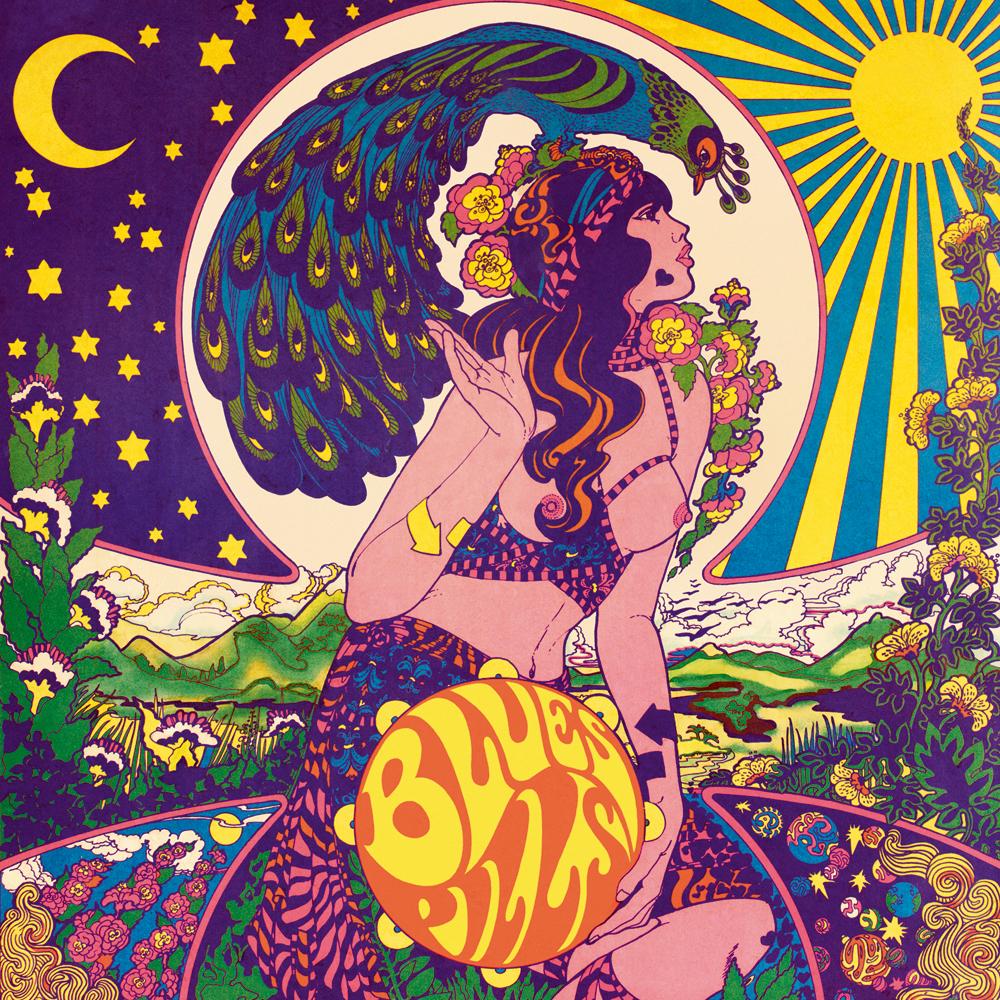 Blues Pills is a four-piece rock – blues band from Sweden. They have been playing big music festivals getting attention with their relentless energy on stage and psychedelic rock and in 2016 they opened for Deep Purple in Europe. Their music is hypnotic and mixes the best of 60’s and 70’s rock and blues influences alongside jazz, soul, and psychedelia. Blues Pills have released two albums for Nuclear Blast ‘Blues Pills’ (2014) and the latest ‘Lady in Gold’ (2016) which are setting them closer to the promising career they have ahead. We sat down with vocalist Elin Larsson after their great set at Ramblin Man Festival to find out more about the band, their inspirations, the new album, tour, and plans.

HMA: How did you guys get together and formed the band being all from different parts of the world?

Elin Larsson: All of us played in different bands before. We started connecting online before. Then we get together and we started making demos and then we posted it online, like YouTube, and that kind of reiteration. And then it just spanned and we got offered a tour. So then, to make a very long story short, everyone came to Sweden, we practised, we went on tour. After that, everyone moved to Sweden.

HMA: Tell me about your album ‘Lady in Gold’

EL: Lady in Gold, we did it differently because we wrote all the songs in the studio and it was recorded for two years. Not two years total, but over two years’ time frame. There’s also more diversity on this album than on the first album. We tried to create something more new, something you maybe haven’t heard, but yet still try to have some blues rock in it as well. Lady in Gold is our second. Blues Pills of a title is the first one, which is a good one too, but I think we were more focused on blues rock only and on Lady in Gold we took everything we like, even jazz, we mixed everything.

HMA: Did it meet your expectations in the way it was received from the public?

EL: We got a bit of shit for it, but for me, I think it’s an amazing album. I’m so proud of it. I can live on my music, so I don’t really care how many records we sell. I don’t care about fame or anything as long as I can live on it. Right now I can live on it, and that’s what’s important, you know? For me.

HMA: How do you write music, what’s your approach?

EL: It’s mostly been me and Zack, the bass player, he can also do instrumentally. We’ve been starting with having the ideas and song ideas, and then we take it into the group, but then we develop it. On Lady in Gold, it was more like that. But the first album was me and Zack basically wrote all the songs, also, lyric-wise.

HMA: Your music is straight from the ’60s & ’70s, if you had a time machine would you go back in that time and live in that time?

EL: Right now, probably yes. Because the world is so fucked up right now, I don’t even know. It wasn’t that great in the 60s either with the Nam War and poverty and shit like that. But right now, it’s so crazy. It’s an upside-down world, basically. So yeah, I would go. Go far away.

HMA: Which are the bands that had the most impact and influence you the most?

EL: For this band particularly we started up, and were listening to Then Play On with Peter Green’s Fleetwood Mac. When I started to sing I was way into soul music, soul singers like Otis Redding, Aretha Franklin, Ella James, Nina Simone, Monica Zetterlund who is a Swedish jazz singer, amazing. And one of my heroes was Joe Cocker, he was the first album I bought, ‘Unchain My Heart’, I was so fascinated by his voice. I think we’re all like a mix, you know? Some in the band like super weird, psychedelic, underground, 60s bands that you don’t even know existed. And other people like the blues more, blues-orientated pop, and so on. And I’m more into the soul. But it’s a great mix!

HMA: Are you involved in the album artwork?

EL: The artist name is Marijke Koger-Dunham, she’s Dutch-American. We knew of her before, she’s a famous artist, she was in an art collective called The Fool in the 60s, and she painted for John Lennon and Beatles. She painted and she made clothes for them. So we always send stuff with her art, like pictures from the 60s to other artists with like maybe you can get inspired by her stuff? And then, I think Zack, the bass player was just like, “Maybe we could contact her?” And I’m like, “Yeah, sure. You do that.” Yeah, but then she replied and she had been working with us for the two albums.

HMA: Which has been so far a very important and iconic moment an important achievement for the band?

EL: I think a big moment was last summer when we opened for Deep Purple. That was amazing! They were such gentlemen and they were watching our set.  They were so sweet; they stood and watched our show, the entire show on the side. Who does that? I read before we have support because I am getting too nervous to watch because I will have to be in the focus. But they just stood there watching the whole time!

HMA: Do you have any new material; can we expect a new album soon?

EL: Yeah, I mean yeah I’m happy. It’s a lot of touring right now and I like being on tour but I think 2018 we’re going to start recording or start writing some new songs. Also in November, we’re coming back to the UK and we’re going to support Black Star Riders for a few shows. And then I think we’re going to tour in Norway.

HMA: Last question if you could have your own festival, which 3 headliners -dead or alive-would you choose?

EL: Okay, Peter Green’s Fleetwood Mac, but then I want to have Fleetwood Mac with Stevie Nicks as well. So it gets, like, super awkward, but they’re going to be awesome.