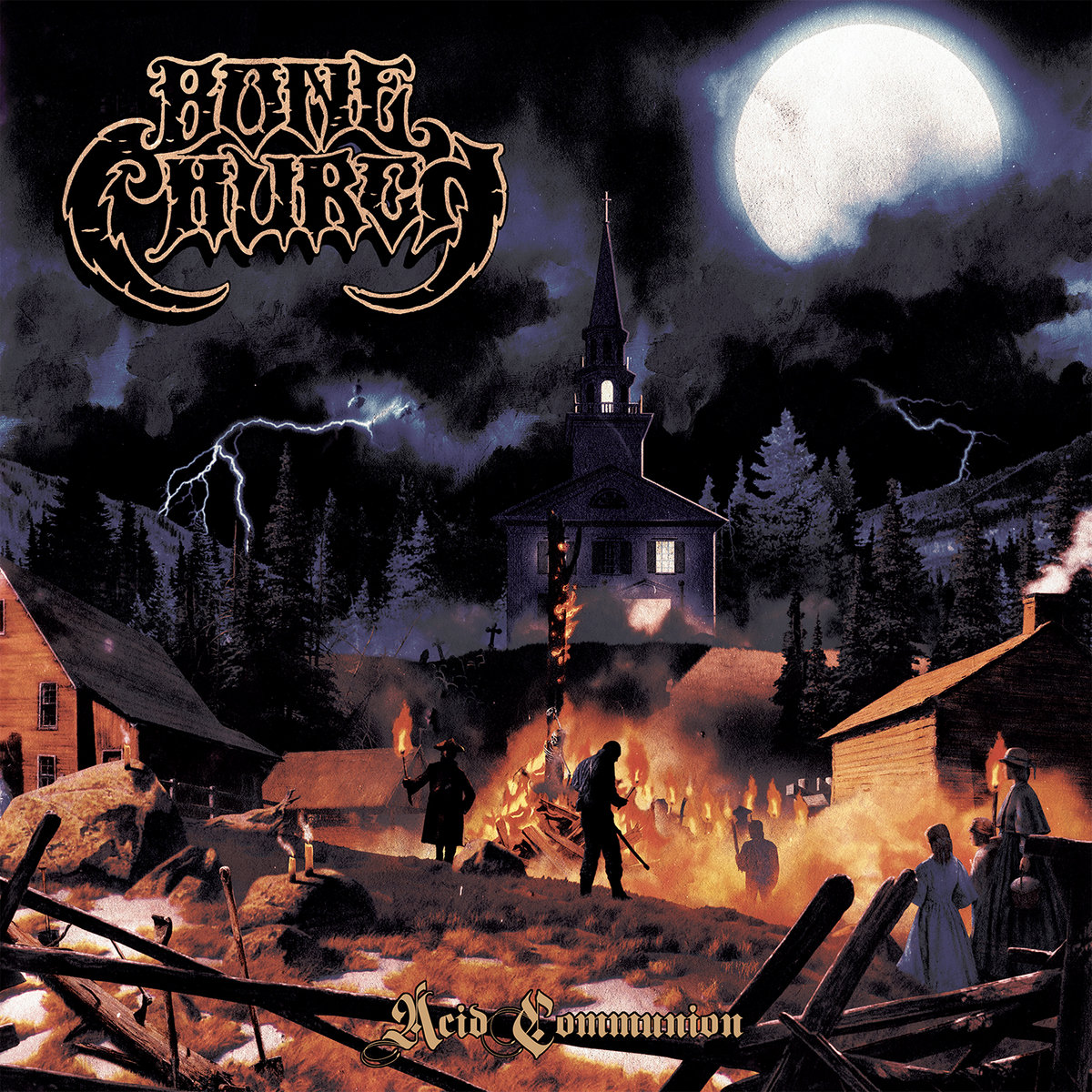 Bone Church is a heavy Rock & Roll band from New Haven, CT. Formed in 2016, they’re primarily influenced by the era when rock was transforming into the earliest forms of heavy metal, but still had its feet planted in the blues. Their sonic foundation is built upon classic bands like Black Sabbath, Led Zeppelin, and Hendrix; with elements of doom, metal, and psychedelia incorporated to complete their sound.

The name Bone Church came from a trip I took to Europe in 2010. There’s a church in Rome that’s adorned with thousands of human bones called the Capuchin Crypt, and another in Prague called the Sedlac Ossuary. I couldn’t use my cell phone at the time, so I simply referred to them as Bone Churches because I couldn’t remember the actual names. I was so psyched to visit one, but we didn’t make it either of them. Anyway, I was inspired to finally form a straight-up ripping rock n’ roll band named Bone Church.

A band’s name is the first real opportunity to set the stage for the listener. It allows you to paint a picture and kind of set up the world you want your music to exist in, especially for someone who’s never heard you. I think Bone Church does that. It’s macabre and has an element of humour to it, which fits us well because we’re here to have fun. It also establishes what most of our lyrical content revolves around; religion, the occult, horror. And there’s a double entendre in there for good measure. Plus, the name just sounds sick.

Just like with the band name, I think ‘Acid Communion’ paints a pretty vivid picture. It’s likening the indoctrination of religious belief to that of being dosed with acid. Kind of losing your grasp on reality and allowing an ideology to take over and control you, and perhaps becoming more harmful to you and humanity as a whole, despite what the ideology alleges to preach. And that’s as serious as we’re going to get.

We’re inspired by the era of rock & roll when bands still had their foundations in the blues but were pushing the limits of heaviness. Mostly late 60s and early 70s rock. I think it’s fairly obvious who our main influences are; Black Sabbath, Zeppelin, Lynyrd Skynyrd, Hendrix, Peter Green’s Fleetwood Mac, ZZ Top, some Queen. You can hear all of that on Acid Communion. Sometimes it’s on the surface, and sometimes it’s buried a little deeper, but the band’s foundation is always in blues-based rock & roll.

There was never a concerted effort to be a “stoner” band. It seems any modern band influenced by that era of late 60s/early 70s rock, namely Black Sabbath, is now considered “stoner metal”, which I do understand. Saying we play “classic rock” wouldn’t be accurate and it’s too vague. Saying we play heavy metal doesn’t cut it either because the spectrum is way too big. Generally, when someone says “stoner” most people know where you pull your influence from, it works for conversation. We just say we play rock n’ roll because I think at this point even calling yourself “stoner metal” puts you in somewhat of a box, but I guess it’s mostly accurate. However, Bone Church sounds the way it does because our favourite bands are the influences we pull from.

The recurring themes are religion, the occult, witchcraft, psychedelia. There’s a fair amount of dark humour in there as well. On ‘Acid Communion’ specifically, several of the songs are like little folk tales. Thematically it’s a loose concept album about a colonial-era New England village suffering at the hands of a satanic cult. We love occult stuff about how people enjoy Halloween or horror movies because it’s spooky and fun. We don’t take any of that shit seriously. In practice, we know nothing of “the dark arts.” To quote our bassist Pat, “Ain’t no dark arts here. We just like to party.”