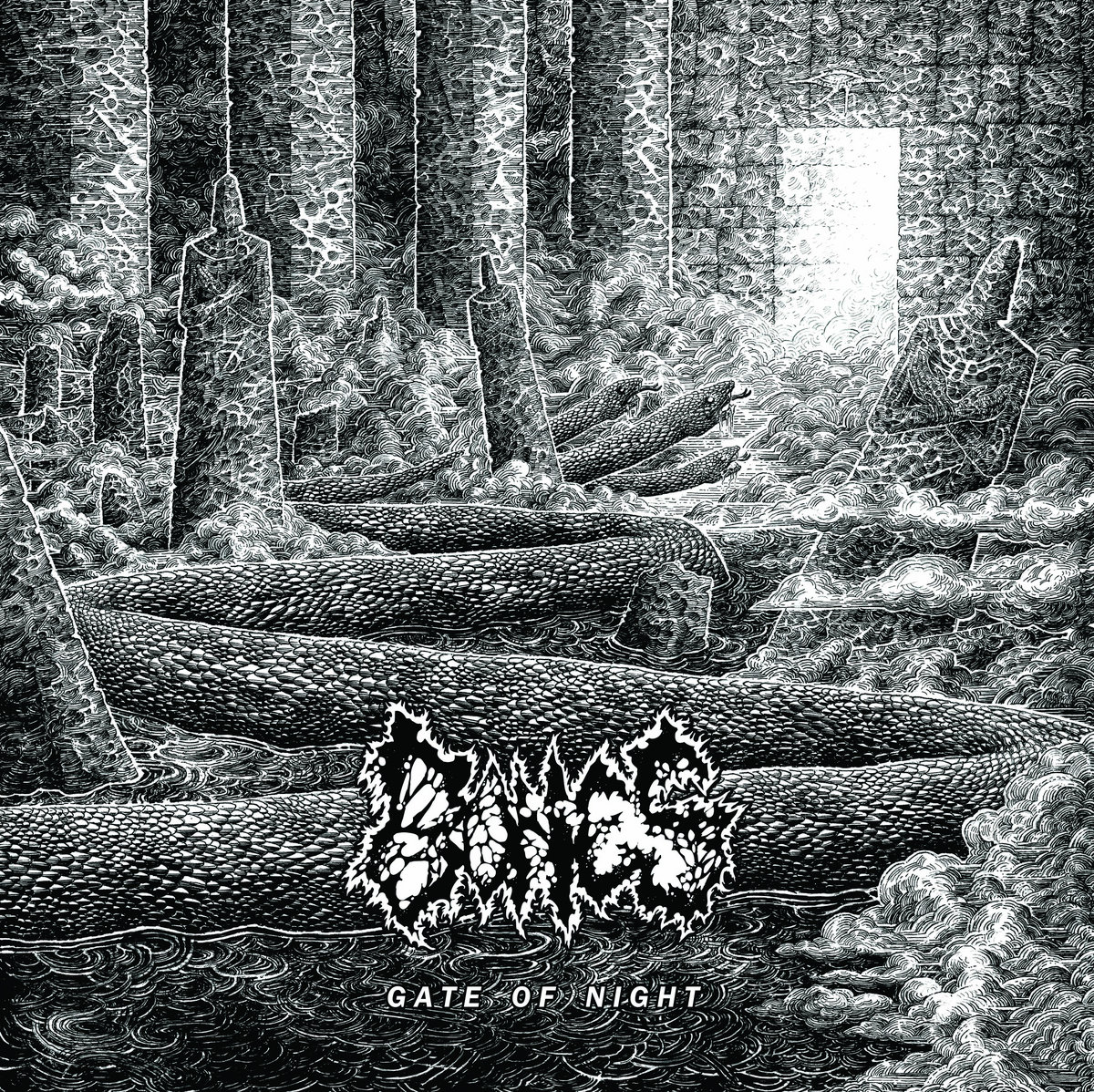 Bones hails from Belgium and exists to deliver death metal with authenticity and devotion, infused with the sorceries of the ancients. A primitive demo was released and repressed several times. The Awaiting Rebirth EP followed this in 2014, and last year’s Gate of Night EP, both released on Blood Harvest Records.

All of us have been active in various bands. Bones was spawned due to a chance encounter in a bar between Stef and me, getting wasted while bonding over obscure death metal demos. Viktor and Lukas (our original bass player) quickly got involved. After ‘Awaiting Rebirth’, Laurens came into the fold to replace Lukas (amicably). Our journey as a band has taken us from primitive beginnings towards something a lot more refined. My journey as a metal maniac has taken many turns, but I find the ultimate expression of that passion within death metal. And as a visual artist, I’ve been drawing since I could hold a pencil and have a background in illustration.

Crafting ‘Gate of Night’ was, as ever, an in-depth process where we take our different riffing styles and fuse them together. I feel we’ve achieved the best alchemy yet between all our various influences and the balance between aggression and atmosphere we strive for as a band. The two tracks form a strong union, and the music also follows the lyrical content, which was not entirely intended but works well. The recording process itself was under Viktor’s watchful eye, and I’m happy with the result. We captured our energy; I can feel the possession. The organic sound we ended up with is exactly how it should sound. Our best production so far.

I’m quite an avid reader/collector of books, particularly on art and ancient history and religion. I like a book that is very specialised and explores something in great detail. Currently reading one analysing early examples of monotheism and another about abstract expressionism. One of my newest books is a monography on Johfra Bosschart, an extremely inspiring Dutch painter. I like underground zines a lot too. And I enjoy writing and perfecting lyrics. The drawing routine usually consists of pencil sketches followed by ink pen or (very) fine markers, quite simple. I used some stupidly fine ones for the Gate of Night cover, 0,20mm if I’m not mistaken. You could call my drawing style itself obsessive. I’ll also mention my affection for (80’s) metal guitars with personality. The right weaponry is a huge source of inspiration to me. I recently acquired a particular 1983 Ibanez, a bucket list monstrosity with illegal amounts of mojo. www.exposedbones.bandcamp.com