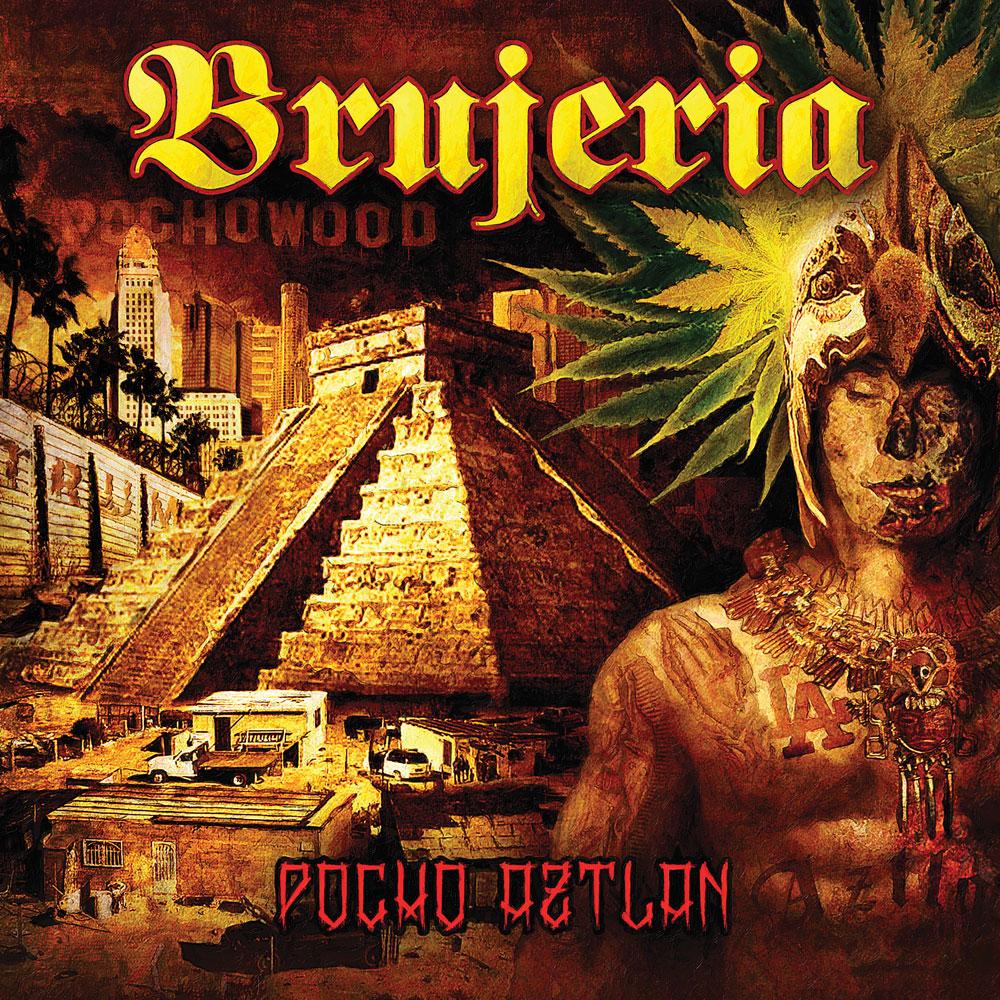 Brujeria is a Death Metal/Grindcore band hailing from Mexico. Their name comes from the Spanish language, meaning ‘Witchcraft’. Their extreme attitude involves the permanent use of urban militia masks, an old custom of refusing to perform live, and performing under pseudonyms to portray themselves as a band of Latino drug lords, and this attitude has been part of their success.

Their lyrics, which are entirely in Spanish, focus on anti-Christianity, a critique of the U.S. immigration policies, the exaltation of figures like the XIX century Mexican revolutionary “Pancho Villa” and the infamous 80’s Colombian drug lord ‘Pablo Escobar’ (El patrón – The Boss). Other recursive subjects in their songs are a libertarian political revolution, parodies involving Catholic saints prostitution, Satanism and “Santería”, narcotics smuggling.

After 15 years of silence, Brujeria is making a comeback with ‘Pocho Aslan’. Album title derives from Mexicans born in the US, which according to the story are hated both in the US for being Mexican and in Mexico for being born in the US. We caught up with the man himself Juan Brujo complete with a massive machete and Mexican face bandana. Nice guy all round I must admit and here is what we chatted about.

HMA: So you guys have a new album coming out? Pocho Aslan?

HMA: Can you tell me about your album?

Juan Brujo – Brujeria: Well, it’s been a long time since the last record, and there’s some reasons for that, too. Mainly it’s because it’s like… I go by. Something gets me mad, it makes me want to do a record. The earlier years, it’s hard to get anything together, but we made some albums right away, singles and stuff. Last fifteen years, things have been pretty mellow for me over there, so I haven’t been mad enough to go and do one. We did this one… The one that we got going out now, ‘Pocho Aslan’ which carries on with the series of songs that go from the first record to now that keep building a story. There’s some of that in there plus the new enemy that’s coming out, which is the religious hold on Mexican people. Trying to put a dent in that. It’s some good stuff there. It’s some good stuff. It sounds pretty good. We’ll see what… How people like it, if they want to learn Spanish and see what it says.

HMA: When you say religion… Not just Christianity, or religion in general?

Brujeria: Religion in general, but Christianity’s the main… That’s the one in Mexico that’s just really stronghold…

HMA: Can you tell me a about ‘Santa Muerte’?

Brujeria: Santa Muerte? People pray to it to be protected from evil spirits and stuff. It’s a little grim reaper guy. They have little shrines. Especially when they’re at the border, because when the Mexicans cross illegally to the United States, sometimes they don’t make it, it’s really hard. Depends on where you’re at, it’s hard to get across. They have little shrines there, next to the border. You pray to that, and all these little sachets and candles. There’s ‘Malverde’, it’s a little man in a suit. A new icon that they put up on board for the drug dealers who cross the drugs. So that they make it across. We actually got a song where we’re throwing the old guy out, we’re throwing out ‘Malverde’, and here comes the new one. There’s a song about that. Pray to this one instead of that one, for getting across the border with your stuff. It’s called ‘Angel de la Frontera’, ‘Angel of the Border’. That’s just like a little shrine when crossing the border with the drugs. Things like that, pushing stuff like that out and coming up with some new stuff. See if it sticks.

HMA: I’ve looked online. I haven’t had any press release, and I haven’t seen the album artwork. What’s on the artwork?

Brujeria: No, nothing, it’s calm. We’re not going to be carrying severed heads around. All the kids coming out and they’re throwing all the gore and the guts out. It’s not like that at all. It’s a drawing of a pyramid coming out of Los Angeles, one of those Aztec pyramids.

HMA: Is it related to the name of the album? Aztlan is where the ancient people of Mexico come from?

HMA: Does the theme carry on, like you said?

Brujeria: There’s some stuff from the old ones that keep telling the story. Yeah, drug dealing and all that stuff. It keeps going like that, but it’s not exactly. Is the kind of like gotten the smell out a little bit. It’s not as drastic as it used to be. Not so much hate as there was before. This one of the nice record. It’s really heavy. If you get into it, it’s really some stuff that will blow your mind. At the first time, it’s going to look like it’s Julia Wright.