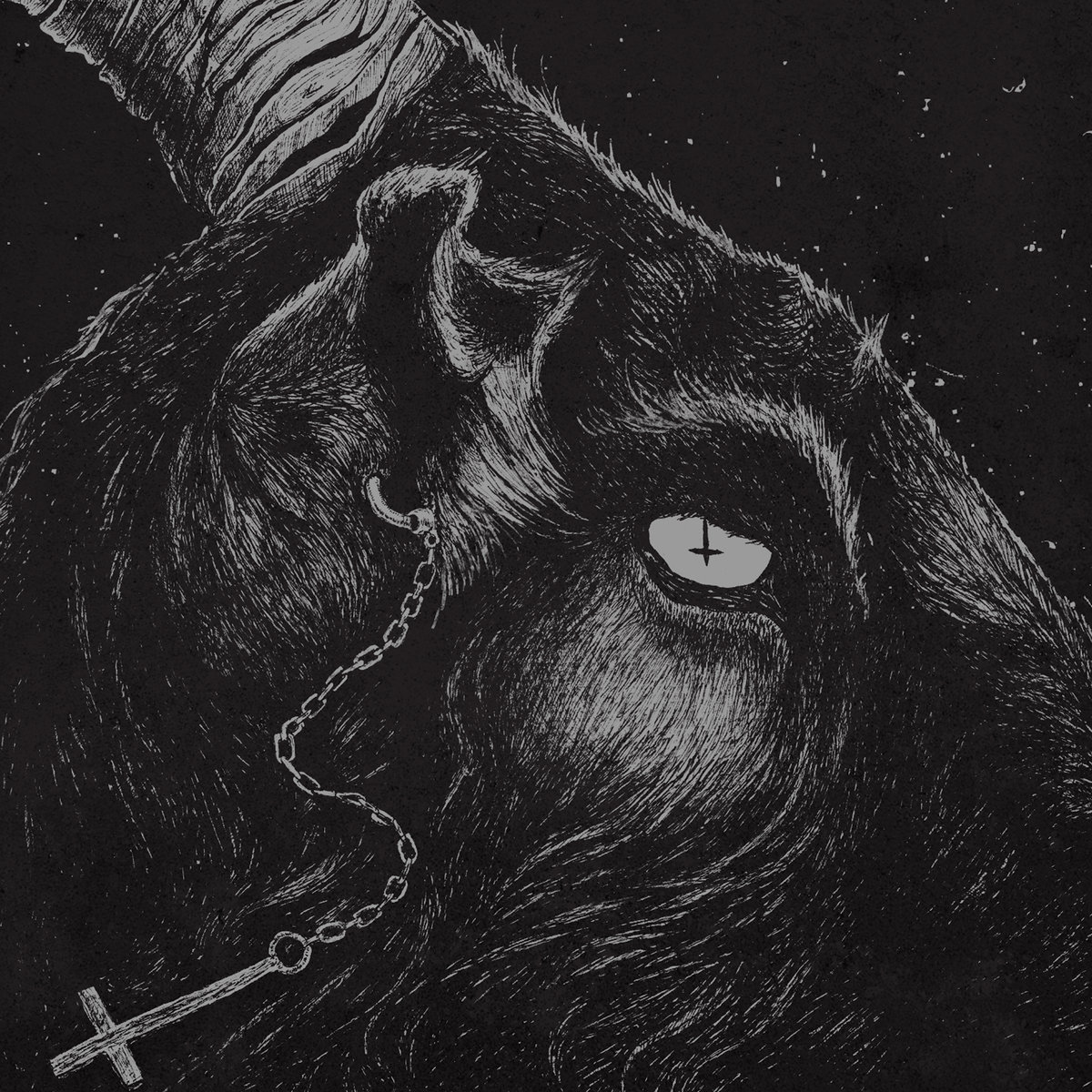 Burial is a no-nonsense black metal trio from the bleak industrial landscapes of Manchester, UK, dedicating our sound to the ice-cold, goat worshipping origins of the genre. We started in 2005 when the three of us were playing together in another band and split off as a three-piece to play more aggressive music than the other members wanted to play. We spent the next 15 years working on songwriting and technical proficiency and performing as much as we could to craft our sound to exactly what we want. We’re a band that loves to play live and have worked hard in the studio over this time to get a faithful replication of our live sound. The three of us all bring something different to the table, and we still love playing music together 15 years later.

We feel that our latest album ‘Satanic Upheaval’ is the purest distillation of our collective sound that we’ve created yet. We worked hard in the studio with Chris Taylor taking our time to get the tone and atmosphere of the recording right – we ended up recording the guitars for the whole album twice because we wound up having a heavy night prior to the first guitar session, and when we listened back the original recording just didn’t sound right!

Rick went back in and tracked everything again, and the aggression and frustration from this experience worked to our advantage, as the guitars sound exactly as we wanted them and the performance has a lot more bite than the original takes.

The musical influences for this album come a lot from the old school of black metal, bands like Bathory and Darkthrone. However, the atmosphere of the album draws from a lot of what was happening around us at the time – we come from an industrial city on the edge of the moors so there is a lot of bleakness and darkness taken from that environment which filters into the sound of the album as well, along with various personal tragedies that we were each going through at the time of writing and recording.

Lyrically Burial follows a general theme of darkness and the occult, tackling the darker side of life and the bleakness of existence in modern Britain. The moorland around where we grew up and still live has a strong feeling of strangeness and the occult about it, from old folklore to the witch trials in the 1600s right up to the Moors murders in the 1960s, which all happened on our doorsteps. This all feeds into Dez’s lyrics generally but especially on this album.

We draw a lot of inspiration from our environment and our upbringing near organised religion. However, there is also a strong influence from old occult films, for example, from the Wickerman and Hammer Horror movies that we all enjoy. The psychological horror and the feeling of unease that you get from these films is lacking in a lot of modern horrors. These feelings and atmospheres are collectively drawn towards, rather than out and out brutality.