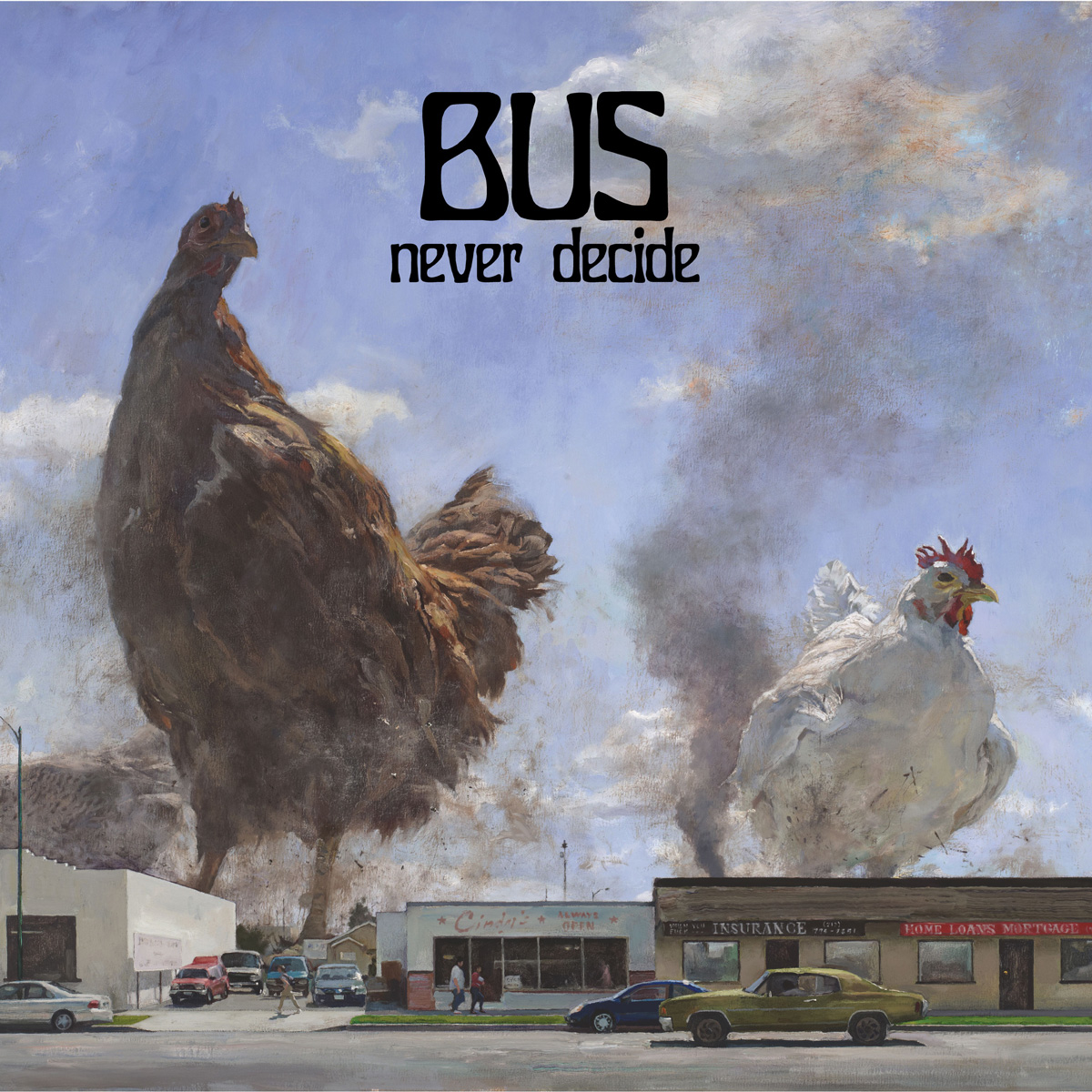 We are a four-piece Heavy Rock band hailing from Athens, Greece, simply known as BUS. (Initials: B for Bus, U for Unknown and S for Secretary). Formed in Athens in 2011, releasing two EPs and a full length ‘The Impious Tapes’ followed by ‘The Cross’ EP 2014, and “The ‘Unknown Secretary’ LP in 2016. In October 2018 we signed with California’s record label RidingEasy Records for our second full length “Never Decide” which came out in 1st of March 2019.

‘Never Decide’ was recorded in just 5 days in February 2018 with multitalented engineer John Vulgaris at Electric Highway Studios in Athens, Greece. The entire band, drummer Aris Fasoulis, bassist Spiros Papadatos, and guitarists Fotis Kolokithas and Politis, recorded the instrumental tracks live in three days, reserving the last two for vocals. Over the two months that followed Vulgaris and the band fine-tuned the mix into the subtle and clever masterwork you have before you.

We draw inspiration from all that you mentioned above. It’s all about lifestyle.

Was or is metal dangerous, really? Metal/Rock was always a way of life. Everyone decides the way who wants to live with metal/music in general, if you mean that.