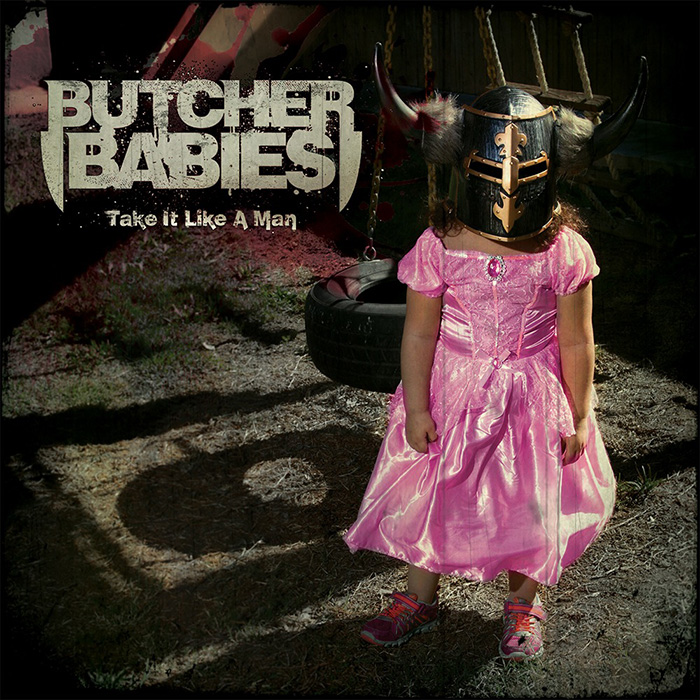 Heavy Music Artwork conducted an interview with BUTCHER BABIES singer Heidi Shepherd and guitarist Henry Flury at the 2015 edition of the U.K.’s Download festival, which was held last month in Donington Park. You can now watch the chat below.

Speaking about the endless amount of online hate that has been directed at the BUTCHER BABIES since the release of the band’s debut album, “Goliath”, Heidi said: “The naysayers are the ones that push me the hardest. I was always that kid who… I had this teacher in junion high that told my mom that I would never be successful at something. Like, what a jerk! Right?! And so I was, like, ‘Yeah. Fuck that!’ And I so I got great grades. I was an athlete. Sometimes people are, like, ‘Oh, no. You’re too short to high jump.’… People who tell me ‘no,’ I’m going to do it. So thank you to the naysayers.”

Heidi went on to say that she has used negative motivation to make a positive impact on her life. “You have to,” she explained. “As a human, you have to. We all have [negativity] so much around in our lives, and to take it as a kick in the ass, to light a fire under your ass instead of letting it get you down. I think that’s great. I think a lot of people should learn to do that. A lot more would be accomplished in the world if people learned to do that.”

BUTCHER BABIES’ sophomore album, “Take It Like A Man”, will be released on August 21 via Century Media. The CD was produced by Logan Mader, who has previously worked with FIVE FINGER DEATH PUNCH, DEVILDRIVER, CAVALERA CONSPIRACY and GOJIRA.

BUTCHER BABIES kick off a massive European touring run on July 7 and then will join GWAR and BATTLECROSS across North America from August 25 to September 18.