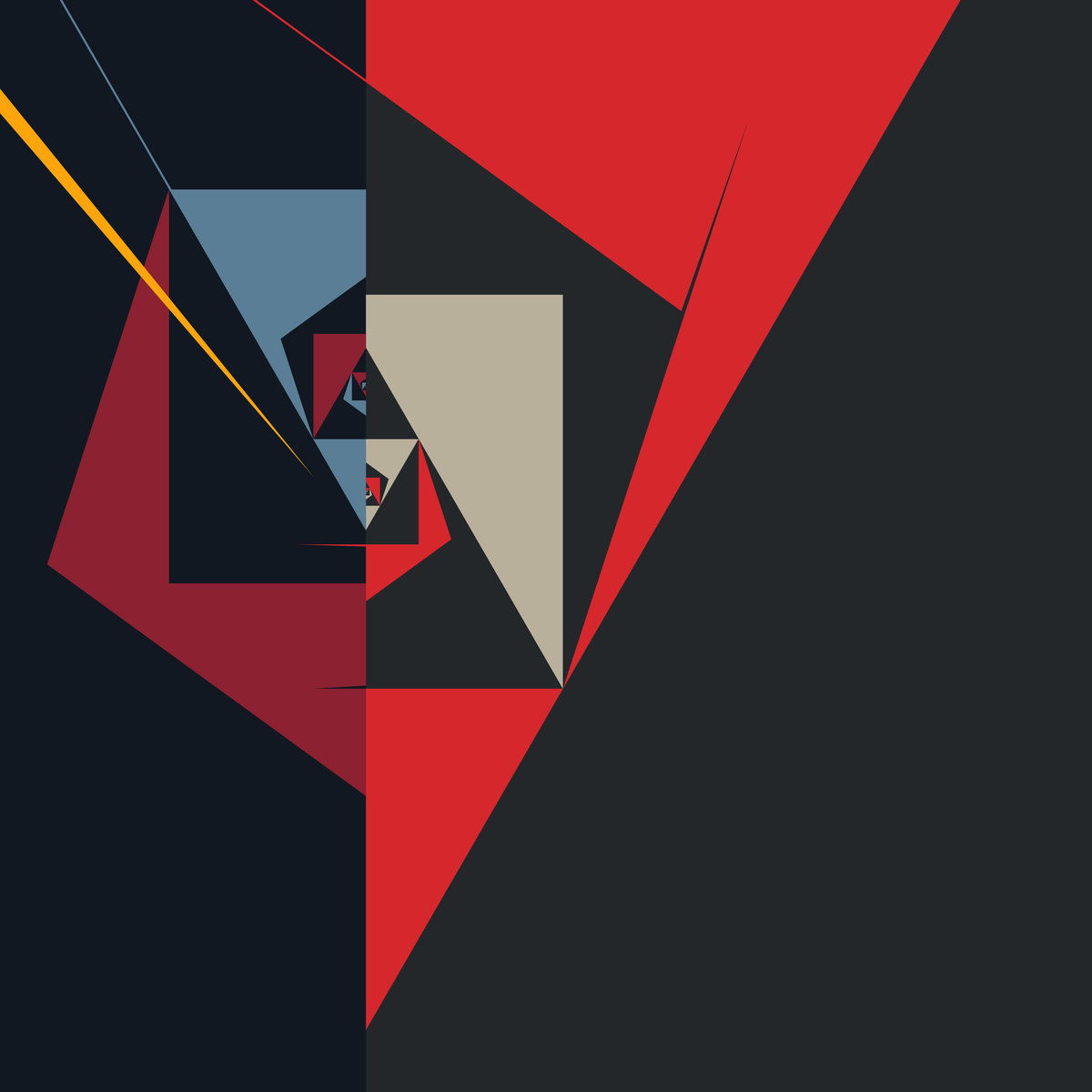 Car Bomb released their third album Meta in September 2016, which was produced by Gojira frontman Joe. The artwork for this record was influenced by Stanley Kubrick, and the bands love of geometric patterns, alongside their interest in electronic album covers from Warp Records.

HMA: I hardly ever ask any bands about their names, but I really would like to know about Car Bomb name came about?

Michael Dafferner: It’s way less interesting than you’d think.  Greg and I were living together back in 2001 and we were listening to Negativland ‘Escape From Noise’.  There is a song called ‘Car Bomb’ on it.  We were laughing hysterically listening to it and just looked at each other and said ‘that’s it!  That’s the name of the band’.

HMA: What does it say about the music?

HMA: Why is your artwork look the way it does? Sorry, I can’t phrase it better than this. Do they have a story or are abstract?

MD: The artwork is definitely abstract.  For Meta, Greg really dove into the whole triangles and circles thing for the logo and triangles, squares, and pentagons for the album art.  Very basic shapes skewed to look very interesting.  He’s always had a great way to match our musical theme with an artistic one.

HMA: Rock and metal can be very much stuck in their ways for a lot of things, stylistically speaking. Why do you think is that?

MD: I’m not sure I necessarily agree with that.  I’m not even sure I fully understand the question.  Maybe in the 90s…A lot of metal bands were trying to be the fastest and have the sickest artwork.  There seemed to be a lot of competition there, but I’m not sure it still exists.  So many sub genres of metal exist these days (math metal, djent, metalcore, progressive, etc.).  Stylistically, there’s a lot to choose from.

HMA: Do you have any references for inspiration both visually as well as for your music?

MD: Movies from Stanley Kubrick.  Films like Beyond the Black Rainbow, Ex-Machina, and The Holy Mountain. Artwork and music from bands on Warp Records like Aphex Twin and Autechre.  Obviously, we all love bands like Meshuggah, Fantomas, The Dillinger Escape Plan, and Gojira.  But we also enjoy Aphex Twin, Autechre, Amon Tobin (on the electronic side of things), and Deftones, Tool, My Bloody Valentine, and Failure.  Elliot and I were big jazz guys and huge Zappa lovers.  On Meta, Greg cited Death Grips, Tame Impala, Oneohtrix Point Never, Tim Hecker, Ulcerate, And Giorgi Ligeti’s piano etudes as influences.

HMA: You have recently toured with Gojira and Code Orange, how was it? Any stories worth sharing?

MD: It was pure perfection. A month in Europe playing at these beautiful venues in front of thousands of people.  Seriously, it was a dream tour to be a part of. One story… we were playing in Stuttgart, Germany and I received a text from Taylor (the TM) asking me if Monkey from Korn could have a couple of Car Bomb shirts. WHAT?!?!?!  Of course, he can!  I asked Taylor where Monkey was, to which he replied that he was at his own show but that Head and Ray were coming over to watch our set. Wait…WHAT?!?!?!?  We take the stage and at some point, I notice those guys on Greg’s side of the stage rocking out to our set.  So, let me get this right… Korn is a fan of Car Bomb?!?!?!  Holy Fuck!!