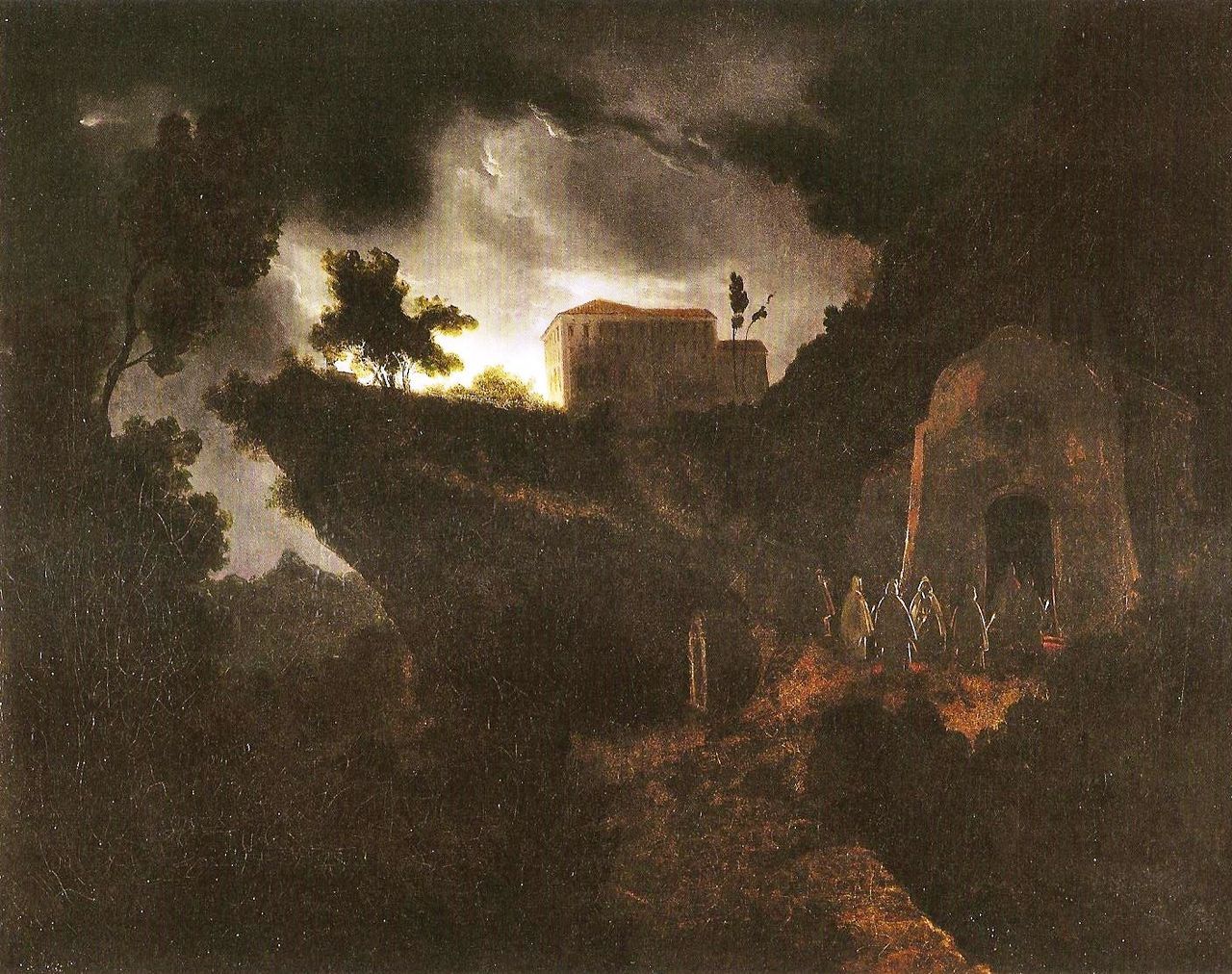 Carl Gustav Carus (3 January 1789 – 28 July 1869) was a German physiologist and painter, born in Leipzig, who played vaorious roles during the Romantic era. A friend of Johann Wolfgang von Goethe, he was a many-sided man: a doctor, a naturalist, a scientist, a psychologist, and a landscape painter who studied under Caspar David Friedrich. In 1811 he graduated as a doctor of medicine and a doctor of philosophy. In 1814 he was appointed professor of obstetrics and director of the maternity clinic at the teaching institution for medicine and surgery in Dresden. He wrote on art theory. From 1814 to 1817 he taught himself oil painting working under Caspar David Friedrich, a Dresden landscape painter. He had already taken drawing lessons from Julius Diez and subsequently studied under Julius Schnorr von Carolsfeld at the Oeser drawing academy.