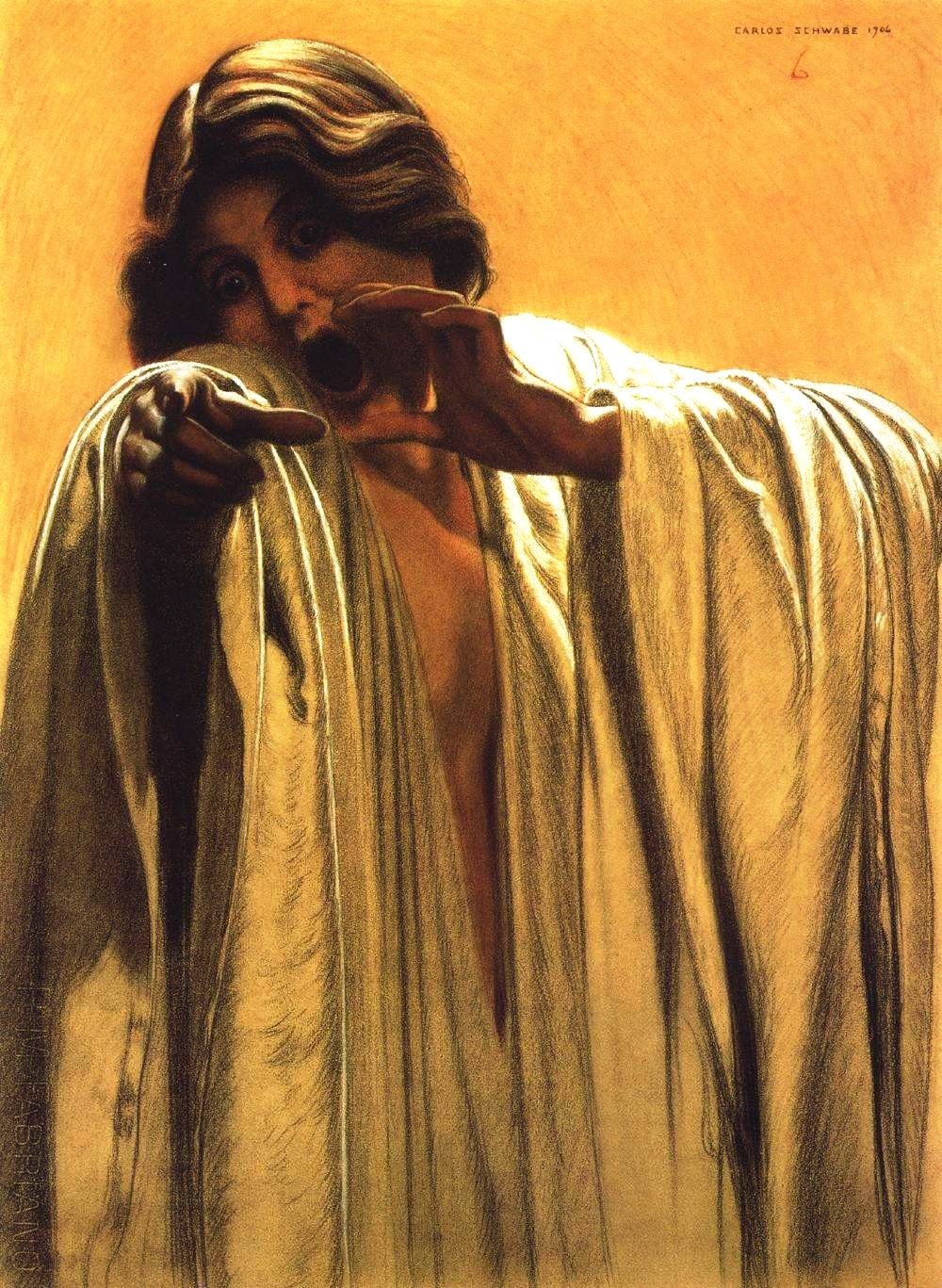 Schwabe was born in Altona, Holstein, and moved to Geneva, Switzerland at an early age. After studying art in Geneva, he relocated to Paris as a young man, where he worked as a wallpaper designer, and he became acquainted with Symbolist artists. His paintings typically featured mythological and allegorical themes; as an essentially literary artist, he was much in demand as a book illustrator. He illustrated the novel Le rêve (1892) by Emile Zola, Charles Baudelaire’s Les Fleurs du mal (1900), Maurice Maeterlinck’s Pelléas et Mélisande (1892), and Albert Samain’s Jardin de l’infante (1908). Schwabe lived in France for the rest of his life and died in Avon, Seine-et-Marne in 1926.

Two distinct styles are recognized in his art. Before 1900, Schwabe’s paintings were more individual and experimental, indicating the idealism of the Symbolists; conventional, allegorical scenes from nature became more prominent in his later work. Images of women were important, sometimes representing death and suffering, other times creativity and guidance. His first wife was his model for angels and virgins, and “Death” in The Death of the Grave-Digger (1895) resembles her. The death of a close friend in 1894, when Schwabe was 28 years old, engendered his interest in representing death.

Schwabe created a colour lithograph for the 1892 Salon de la Rose+Croix, the first of six exhibitions organized by Joséphin Péladan that demonstrated the Rosicrucian tendencies of French Symbolism. Schwabe’s poster depicted in shades of blue an initiation rite—three women ascending toward spiritual salvation—and is an exemplar of Rosicrucian art.