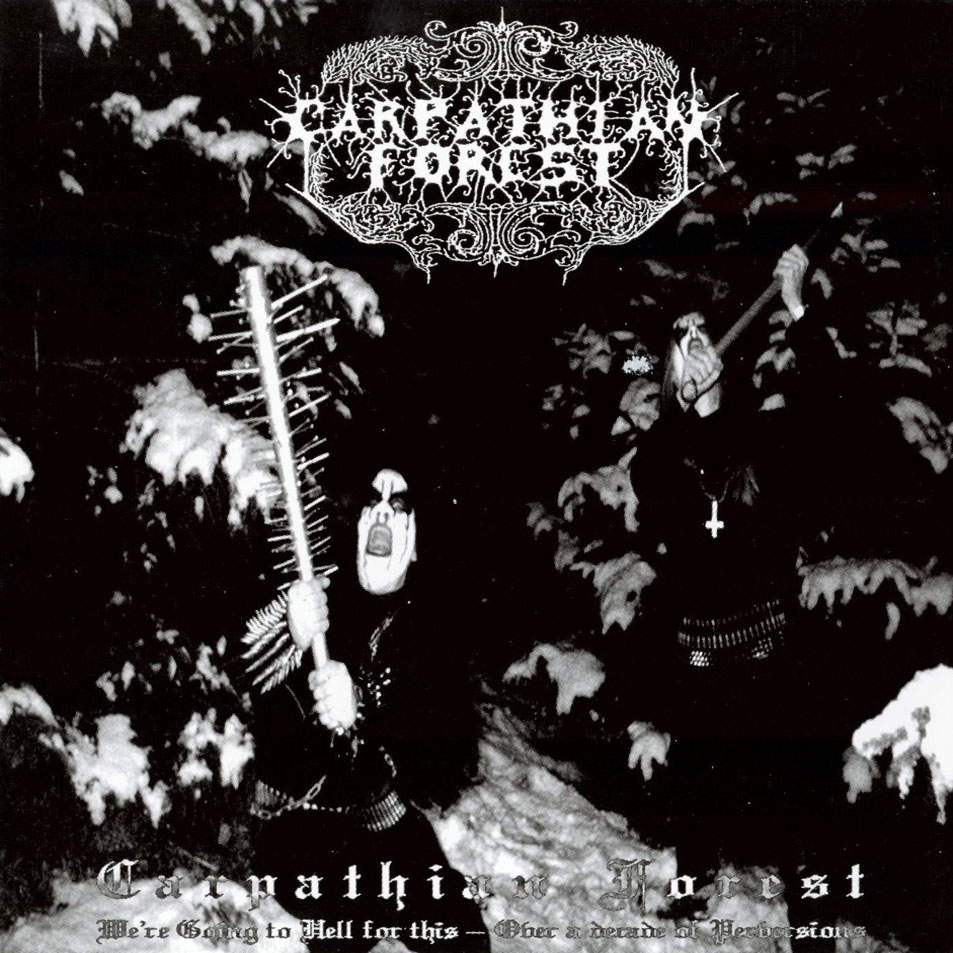 Carpathian Forest was formed early nineties and are one my favourite black metal band. They are one of the few legends that are still around and which have stuck to the basics of the genre. In 1998 the band released their first full-length album, “Black Shining Leather” which it was an instant hit. In the 2000s they released 4 more albums, the last one “Fuck you All!! Caput Tuum in Ano Est” in 2006.

They now started to work on a new material and played a show in London in December 2013 where I got a chance to meet and chat with Tchort the guitarist. Last time I saw Carpathian Forest live was in Biella, Italy in September 2000, long time ago!

HMA: Hi Tchort Thank you for taking the time to talk to Heavy Music Artwork.

Tchort: Yes, we are discussing a new recording in February or March of next year and a possible autumn release.

HMA: ‘Fuck You All!!!! Caput Tuum in Ano Est’ was much more ferocious than your other stuff. Is this new album shaping up to be just as filthy and hunted as your previous offerings?

Tchort: Yeah, “Fuck You All” was more like the live sound that we have just basic instruments.  For the next album, I think we will have the same but maybe add a little more spice and maybe some synth effects and work a little bit more on the details. Since the material is a little bit different on the new album, I think it deserves a different sound uniform.

HMA: So is it going to be still black metal trash?

Tchort: It will still have the trash and the rock-and-roll elements, but it’s more mid tempo and definitely black metal, yeah.

HMA: How the sudden decision for this short tour? How has it been so far and what are your expectations?

Tchort: It’s very short term because we only did one show yesterday, today and one tomorrow.  It was built around Eindhoven Metal meeting festival that did yesterday and there has been some demand from the audience and the fans in London, so it was natural to put it together as a long weekend.

HMA: Yeah, because you didn’t play in London for quite a long time, I think?

Tchort: It has been a few years, but that’s related that we haven’t released any albums since 2006.

HMA: Yes, because I think you started working on a new album in 2009 if I’m not wrong.

HMA: Oh, that’s the reason of this gap.

Tchort: I can’t really go into details because I don’t write the lyrics, but a lot of the lyrics are about suicide.  Some titles like the one you mention “Everyday I Must Suffer”, “Shut-up.There is No Excuse to Live” or “He’s Turning Blue,” all suicide songs.

Tchort: Yeah, so it’s definitely a lot about suicide and misanthropic themes.

HMA: So which things inspire you besides other music?

Tchort: Well, actually just life itself.  Nature obviously with Norway and I think also some of the new stuff in the new lyrics will also deal about Norwegian landscape and Norwegian heritage.

HMA: So it’s Norwegian culture, the primary inspiration to your music.

HMA: You have unusual cover artwork. Are you involved in deciding what they going to be?

Tchort: The last one was drawn by Nattefrost himself.  All the painting and all the ones inside the booklet was drawn by him and I know that he drawn a new one for the new album, we had seen some sketches but it changes because he will toss it away and start with a new one. So, we’ll see.  We are excited as the fans.

HMA: How has your music changed over your career? I mean for instance comparing something as early as “Black Shining Leather”?

Tchort: No, because “Black Shining” was black metal mixed with rock and roll and with “Strange Old Brew” you have a mix of everything because it has the old demos, it has present material from that time and had future material and also some experimental stuff.  With “Morbid Fascination of Death” you had very atmospheric music and with “Defending the Throne of Evil” you had this epic with the choirs and this massive production.  With “Fuck You All” it’s back to trash, it’s very basic so definitely we changed them up over the years.

HMA: Where do you see Carpathian Forest in five years’ time considering you are all involved in other music projects?

Tchort: Right now everyone in Carpathian (the permanent members) are just doing Carpathian now.  There is no time for other things. But it’s true that we had a lot of projects at the same time, but right now, as I’m aware of, it’s just Carpathian.

HMA: What do you like to do on your days off? When you are not working with the band?

Tchort: I know I heard that word before…

HMA: Hehehe do you go fishing?  What do you do?

HMA: What do you think of the current black metal scene?

Tchort: I really don’t listen to black metal, I listen to classic stuff that I grew up with: Kiss, Iron Maiden, Motorhead, Slayer, Testament, so this is what I listen to music now. For so many years I was fed up with music, I didn’t care for music at all.  So when I started listening to music again, I put on the classics, the albums that remind me of the past, or youth, or something back then.  Yeah, something that gets to me.

HMA: Thank you Tchort for taking the time to do this interview, see you later on stage!