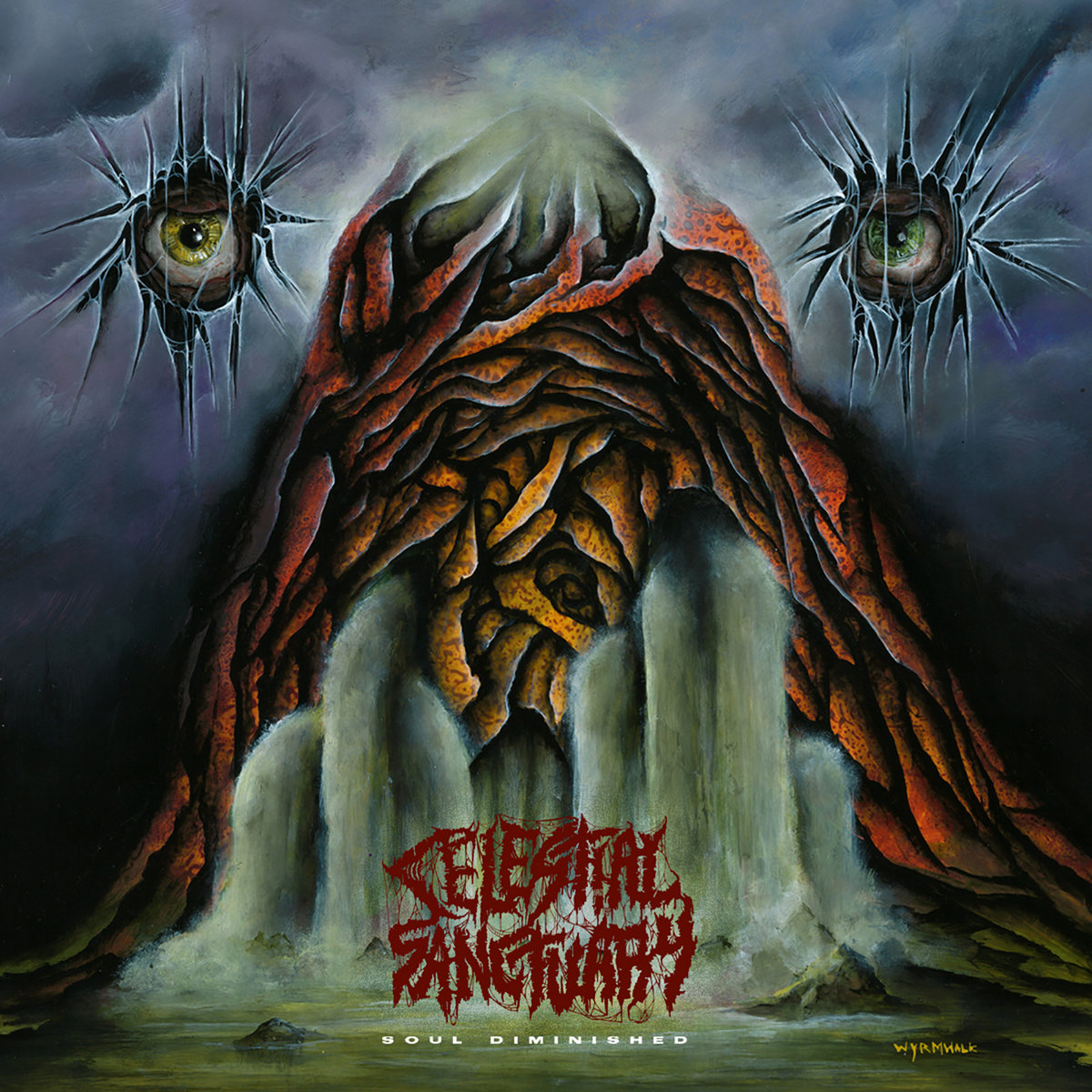 We’re not a band that gets in a room to jam songs together anyway, so the whole writing and recording process was the same for us regardless of the pandemic. I mean, being out of work for months made it come together a lot quicker, and I got the time to listen to way more music than I usually would – so I think it enriched the album from that point of view.

‘Soul Diminished’ is about a being becoming sentient and realising their fate is sealed by some faceless entity, and as the story goes, they begin to accept their fate. So the grand concept is about the death of someone’s soul – being reduced to nothing but a vessel or battery for something else’s gain. All the lyrics tell that story from this being’s perspective. The lyrics are a bit abstract, so the listener can project their meaning onto them – whether they interpret it as a fantasy story or from the point of view of a victim of human trafficking, slavery, factory farming or someone trapped in their hell of depression.

I’m sure my path is similar to a lot of people’s here! But I’ve always sought out aggressive, loud music from a young age; we didn’t have the radio on in the mornings before school. It was always my dad’s punk tapes. So I always had that predisposition to it, and to me, that’s kind of just what music was. Everything else seemed insincere by comparison. Then a friend of mine’s older brother showed me ‘Live Shit Binge & Purge’ by Metallica. That shit blew me away, and I was just all in on metal from that point – He made me a mixtape of Metallica songs and got worn out because it was pretty much all I listened to on the hour bus journey to school for like three years. But really, when I started getting into what we’d refer to as extreme was when I saw some Hellfest DVDs around my friend’s in 2003/2004, hearing Converge, Bleeding Through, Dillinger Escape Plan, The Red Chord, Unearth, Hatebreed. Like I didn’t know what the fuck it was – I didn’t even know what Hardcore was at that point. It just sounded so extreme and sincere to me. None of this stuff was on the music video channels that pushed me to dig into the underground and discover bands for myself, which is how I eventually arrived at death metal – bands like At The Gates, Entombed, Vital Remains, and Necrophagist were my gateway bands.

My whole life has been one big mess of creativity. I’m a graphic designer and film-maker outside of music, so it all interweaves. But yeah, I used to be an absolute perfectionist with everything – and I think working in a fast-paced graphic design studio has taught me not to be too precious with anything. There’s a real art in abandoning something if it’s not working right away, and I take that approach with everything I do now. If it doesn’t flow naturally, then cut your losses and move on to the next idea. And that’s the approach I take to songwriting. I don’t think I spent longer than two days on any song (one day writing the music and one day writing the lyrics). It makes the process way more natural and enjoyable.

I just want to do something direct and fully committed to what it is. I’ve been in so many bands that get bogged down in trying to sound like 100 bands and musical styles, which is I think ends up diluting the product. So yeah – it’s just about sticking to doing something well and injecting our personality into it.

TC: It depends on the day! Sometimes when I’m writing, I’ll drink A LOT of coffee (I love Dark Arts Coffee at the moment, and they name some of their roasts after death metal songs too…so I feel like it helps me channel Obituary, Entombed, haha). But then other times, I’ll drink a load of beers to loosen up a bit – that’s usually good for when we’re on the slower/doomier side of the spectrum. You can probably hear which sections were written with coffee and which ones were written with beer.