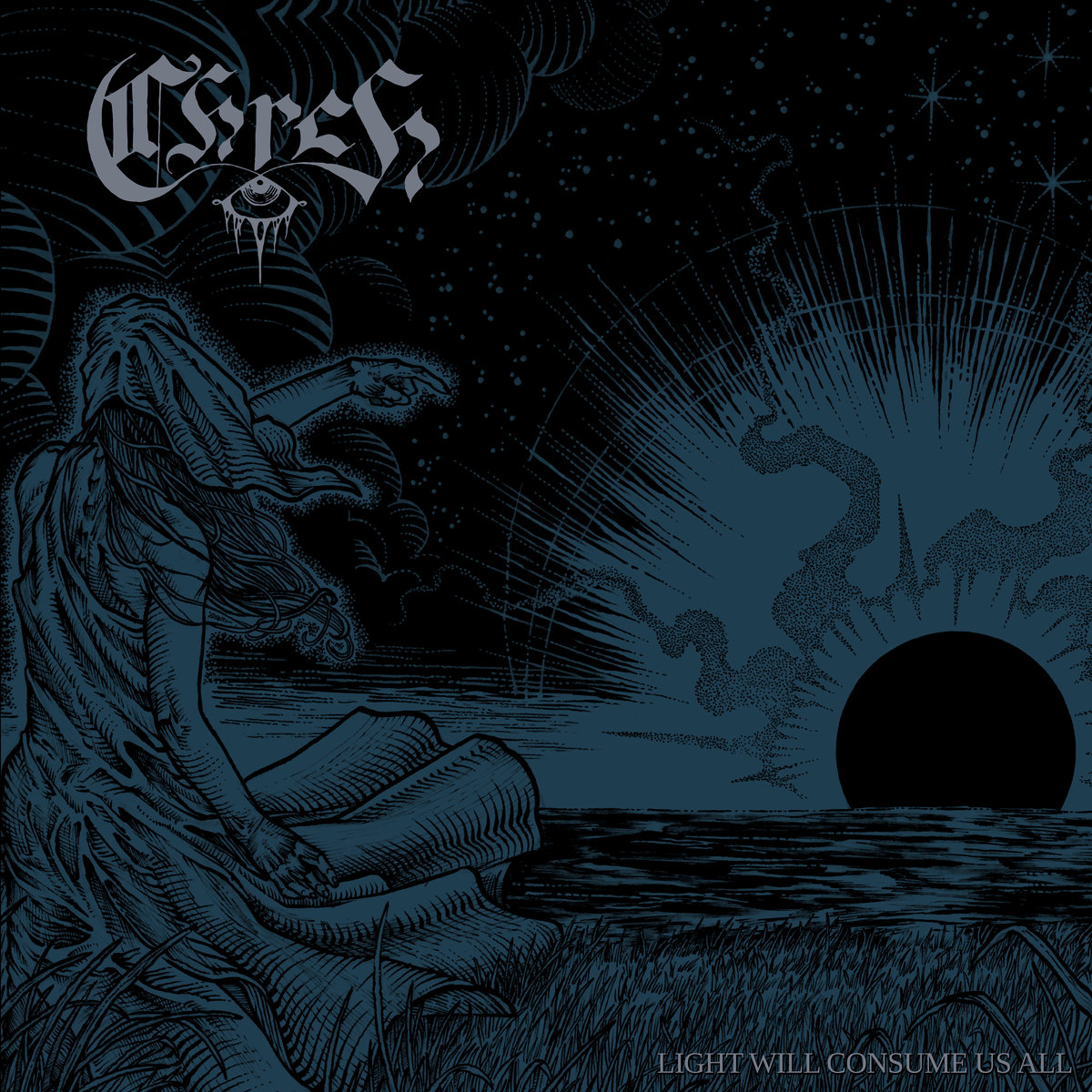 Light Will Consume Us All By Chris Lemos

Chrch wields epic, lengthy songs, massive low end, and an occult vocal presence in a perfect blend of height and depth. Minimalist, indulgent, or straightforward; the music of Chrch calls the listener to inhabit it, allowing enough room for its transmutation into anything one desires of it. We create and play long paced thematic doom. After the current lineup was solidified, the writing process naturally unfolded. Our writing process is generally pretty organic; we tend to build and expand on simple patterns and upon certain energy that is brought to the table. On this most recent album, we further explored and played around with cyclical movements and themes. The artwork is done by Nate Burns (Revolting Worship), who has been with us since our first release. He’s super talented and very much in tune with what we’re attempting to convey. He’s able to understand and translate our music into very fitting imagery. We appreciate his intuitiveness.

The trend toward doom has definitely become far more prevalent. Within the current economic system, everything becomes “marketable”. It can sometimes feel difficult to maintain the vulnerability needed to create something sincere. Ultimately, we just try to maintain our sincerity, be ourselves, and enjoy what we’re doing. think we can agree that music and art are personally transformative and are a mode of spiritual survival in a time/place that is in many ways spiritually dead. Music has an unspeakable quality that is immensely empowering and often very positive (even if the music is harsh). We look for things that reflect our experience in some way, which is why art, music, myth, etc. are so important to us personally and collectively. Music has a spiritual collective importance that draws people together. Live music acts as a ritual and many/most of us have little to no other form of ritual on a regular basis.