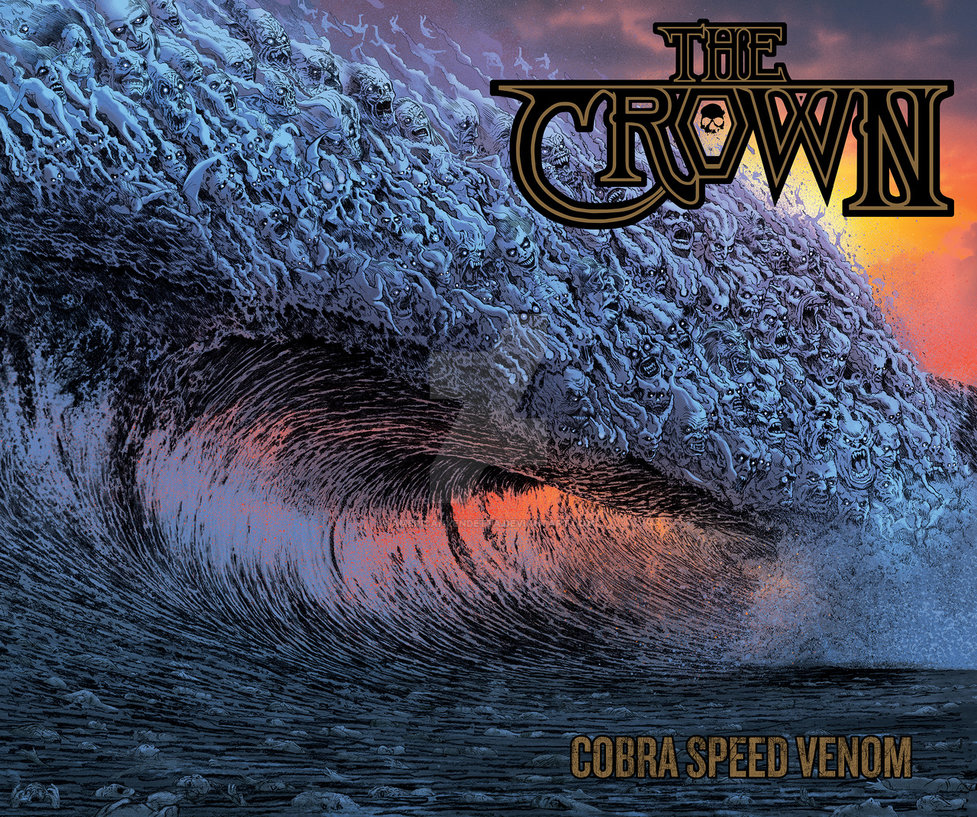 The power of perseverance

I was born in Santa Monica, California and grew up in a small seaside town called San Clemente, in southern Orange County.  I’ve always been an artist from the day I was born it seems, and I never stopped working since then. I started painting in oils with my Mother and Grandmother from the time I was five, and I’ve always loved drawing from what I’m told.

Around the age of six I discovered comics when my older brother Darrin bought me a subscription one year for Christmas, Conan and G.I. Joe, and I would try to draw the characters from them, and my parents also got them for me thinking it couldn’t hurt my reading skills. What my Mum didn’t know is that in the Comics, Conan was vanquishing beautiful maidens as well as savage beasts and monsters, warriors and kings, all sparking inspiration in my young mind and I dreamed of being able to express my visions so easily as these masterful artists could. My love for art became the driving force behind the obsession to achieve arting wizardry, which has turned out to be both a blessing and a curse. And had I known then, the decades of sacrifice it would take to get there, I can’t say I would change anything and I never assumed it would be easy but I never could have imagined how daunting an endeavor it would be.

I kept drawing all through grade school to high school, where I began running into some problems with authority, I was chronically bored with the lessons and repelled by the bizarre behavior of most of my fellow students, so it wasn’t long before I was in continuation school for bad kids. I barely went there either, but managed to get my G.E.D. and was awarded some art scholarships for an summer school of the arts up in Oakland, California, and then was accepted into the Academy of Art San Francisco. To make a long story short, I managed to get kicked out of both. There was some teachers at both places and I learned a lot, but the Academy of Art is all about turning a profit, and after my first few years I finally got to my illustration course and I came to the conclusion I wasn’t going to learn anything there that I couldn’t learn from doing it myself. By then I had many close friends in SF so I stayed in the city and decided to make a career out of the arting do or die style, quit my job, the die was cast and the suffering and sacrifice began.

I was playing music for years and played in a few bands in San Francisco, so I knew some people in the local scene. I can’t remember when I met my pal Alan Hynes but he’s one of the most skilled graphic designers I know and he had moved from Ireland and was in SF on the same do or die mission, so we teamed up to do gig posters for shows in town. I would do the illustration and he would design the lettering and text, then we would take it down to our friends Ron Donovan and Chuck Sperry at the Firehouse, who were gracious enough to let us print our posters there and teach us how to do it. Al would do most of the work as when it came to silk screening I was worthless but I helped where I could. We would then take them down to the show and blitzkrieg the gig with the posters, and, being Metal bands, are generally down to earth cool people, were thrilled with them and let us sell them there or buy them all off us. Most of the time we would at least make our money back. And through doing the posters for a few years we met a lot of excellent people and made some great contacts, and got a general feeling of how things worked.

All that time I would go to the massive book store downtown San Fancisco and check out all the Metal mag’s from the UK, Metal Hammer and Terrorizor, and gawk at all the new Metal coming out of Scandinavia and Europe at the time, and dreamed of seeing my work in the pages of these glorious publications. One of my best friends had given me an ancient mac laptop and I taught myself photoslop because it seemed to be the industry standard, which as much as I didn’t like it, proved to be the case. So in a few months and went down to the bookstore and copied down the email address for the art director James Isaacs at Metal Hammer from the inside of the mag because I couldn’t afford to buy it, and emailed him some examples of my work. I’ve been working for Metal Hammer ever since and started doing some work here and there for Terrorizor magazine not long after, and over the years from the posters and magazine work and making friends, I ended up working with some great bands and brilliant people.

Well my life has been very chaotic over the past decade, always traveling and I could never know where I would be so I have to be ready to work anywhere, so I’ve had to strip down the system to the essentials and my studio fits in small pencil box with my Mac, all housed in a bullet proof Halliburton Zero case. The technique I employ is comparable to that of how modern comics and graphic novels are made so I don’t need much to do it, though someday soon I hope to get back in to oil painting again, which requires a lot more equipment and space.

Most of the time bands have a good idea of what they are visualizing but most of the time its not the best idea. People usually have an idea of what they want but it doesn’t always make sense and see that when it’s sketched out . Most of the time we’ll bounce ideas back and forth until we have something strong. Working with magazines usually means working with art directors and they usually hire you with a specific purpose in mind but even then there’s usually room for improvement. In my experience it’s easier if the client knows what they are looking for. If someone has no idea what they want, you could spend weeks wasting time and precious life force trying to figure it out.

I think the whole Satanic thing has lost a bit of its shock power and isn’t so scary anymore. Christianity has been so thoroughly vilified in the Western world that it’s just beating a dead horse at this point. Pre Christian mythology is something that has always fascinated me though and my knowledge of it has come in handy when working with bands like Amon Amarth.

I find that as I learn my work evolves naturally. I’ve been a massive history nerd for most of my life as well and I’ve spent the last 20 years traveling Europe to see the artifacts in museums and touring battle sites and have always been inspired that way, and now live in Scotland so inspiration is all around me.