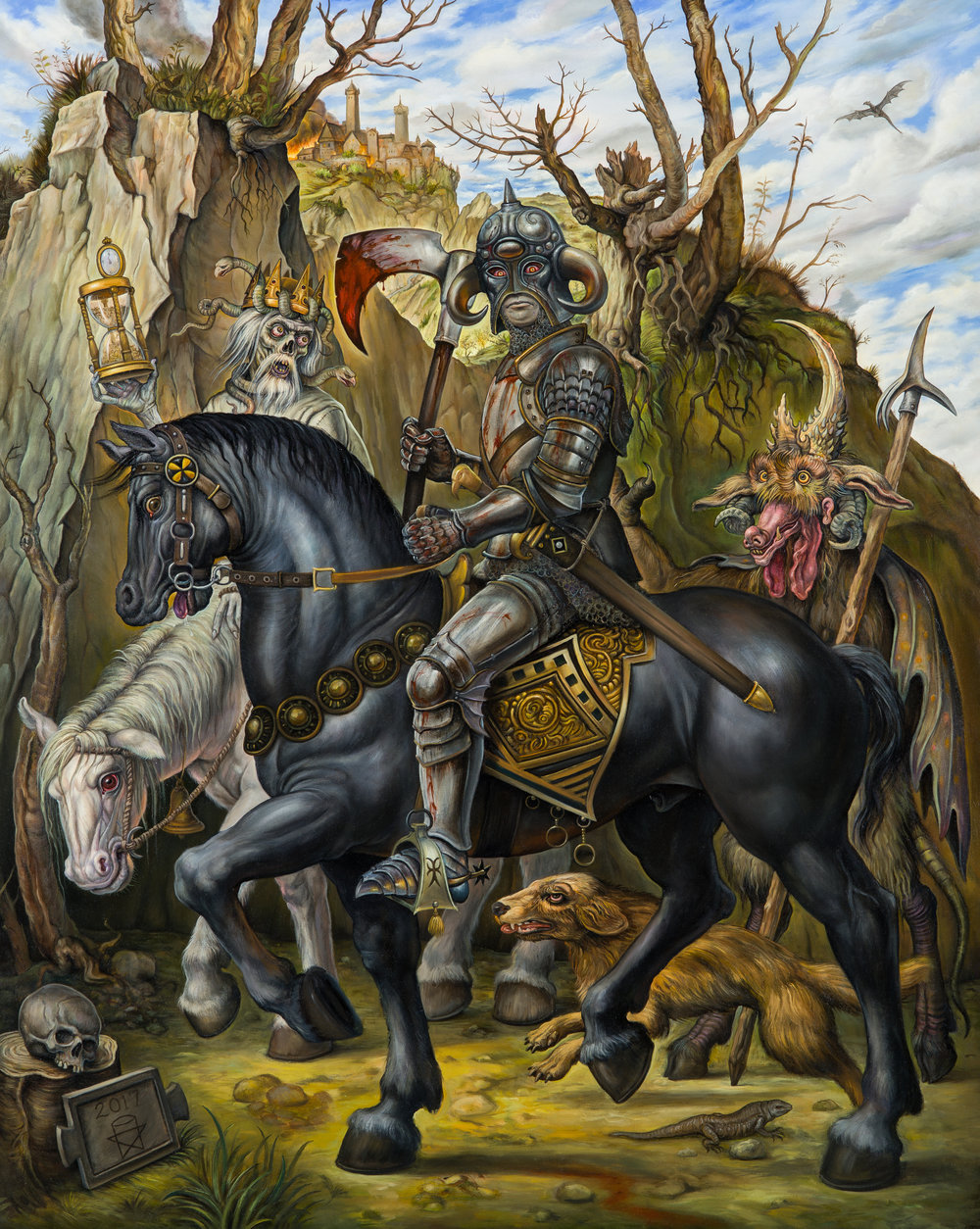 Christopher Ulrich is one of the most devoted painters of our time. His surreal iconographic images have adorned museums and galleries worldwide. He recently was a guest artist at the Los Angeles County Museum of Art (LACMA), in the Guillermo del Toro exhibition “At Home with Monsters”. Christopher began to work on his major Demoneater series in 2005, which was the first of three major experiments. Illuminator: The Royal Wedding marked the second, ending with The Christ Chronocrator Project: The Reckoning. This was the third and final series of the project, which was exhibited at La Luz de Jesus Gallery on December 7, 2012. The Christ Chronocrator Project: The Reckoning marked the end of a six-year odyssey known as the Demoneater Saga. In addition to completing the series in 2012, Christopher was the Storyboard Artist for Metallica’s: “Metallica: Through The Never” the first three-dimensional music video movie. He also created many props and illustrations for “Ghost