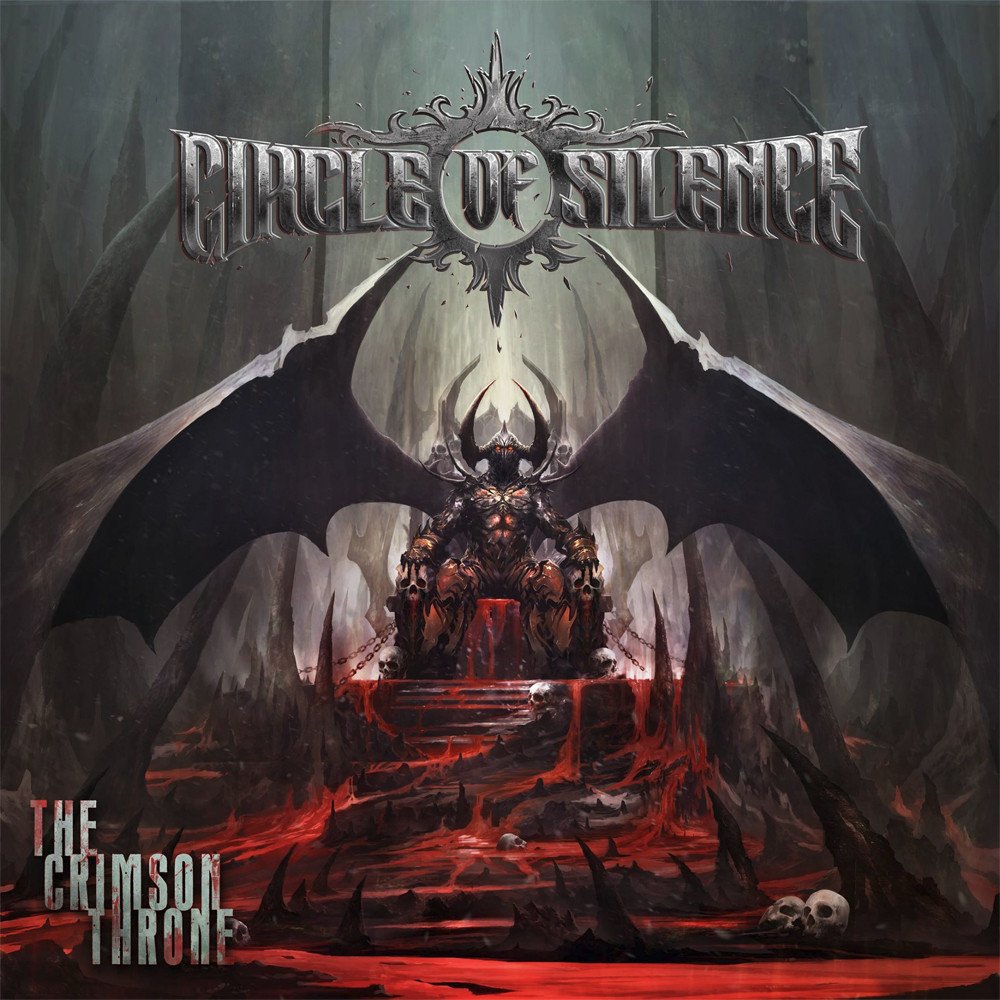 The Crimson Throne By Niklas Keim

Circle Of Silence was formed back in 2006. The founding members Nick, Tobias, Christian, Björn and Pit are still part of the band. From 2006 until 2010 we released two self-produced demo albums. 2011 we joined the Massacre Records family and released our first official album ‘The Blackened Halo’. Two years later we released the follow up ‘The Rise Of Resistance’. After a little break, we are now back with our fastest and heaviest album to date ‘The Crimson Throne’.

Let’s start with the songwriting phase. Our last record ‘The Rise Of Resistance’ is already five years in the past. There are several reasons for this; the first one is that we had a break from songwriting after ‘The Rise Of Resistance’ which was too long so that we suffered a bit from a bad case of writer’s block. So some of the new songs took a lot of time to be sophisticated for example the song ‘Possessed By Fire’, it was really hard one. But on the other side, some songs were written very fast for example ‘Race To The Sky’ or ‘Lionheart’ which are in my opinion two of the best songs of the new record.

Anyway, after we had written the new songs on a period of approx 2,5 years, the next thing was to find a studio to record the new songs which happened at the end of 2016 so that we were able to start recording in March 2017. After our last work with Vagelis Maranis who is a real professional, we decided for several reasons to try something new. In the end, the laborious process and we were not satisfied with the final result so that we had to find another studio for the mix and master which also took another three months. Finally, the complete process of creation starting from the songwriting phase until the final recording phase was nerve-racking with in our opinion the best Circle Of Silence record so far as a result.

First of all, it as a hobby for all of us. We’re not professionals, so a central focus is definitely to have fun and write some good songs we like. If someday in the future we would have the chance to play a small tour which is possible for us to play regarding time this would also be great.

All in all the new material is some rough but also melodic sounding power metal without any effects or keyboards. You can expect some of the hardest Circle Of Silence songs ever written for example ‘Destroyers Of The Earth’ or ‘Possessed By Fire’ or besides that, there are also some traditional sounding tunes like ‘Race To The Sky’ or ‘The Chosen One’. Also, we tried something new and had written two drop songs of which one is the title track of the new record. It is nothing completely different compared to our last record there are just a few new limits we’ve never tried before as drop songs, fastest or hardest COS songs.

Me personally Glenn Tipton of Judas Priest was my biggest influence of all. He was one of the reasons I started playing the guitar, but I still can’t play most of his solos as he has such a unique style. Nowadays regarding songwriting, I would say one of my and also the bands most significant influence is Iced Earth and Jon Schaffer. Besides that, in general, I would say the genres power and thrash metal have a significant impact on our songwriting. There are always some great bands who inspire you. According to our new record, I have to mention the band Savage Messiah and their record ‘The Fateful Dark’. This record is the main reason why ‘The Crimson Throne’ is the hardest COS record so far. After we heard their record, we decided to go in a similar direction. Our bass player Björnalways writes the lyrics, so I have no connection. I’m just writing the music itself, and with that, I want to have fun playing some cool riffs, solos or melodies. That’s all; I’m a simple man.

I’m not a religious or spiritual person. I’m an atheist. First of all our music should give the people a good feeling as many bands provide a good feel with their music. The belief in man’s inherent goodness is all I can say even there are so many idiots living on this planet.