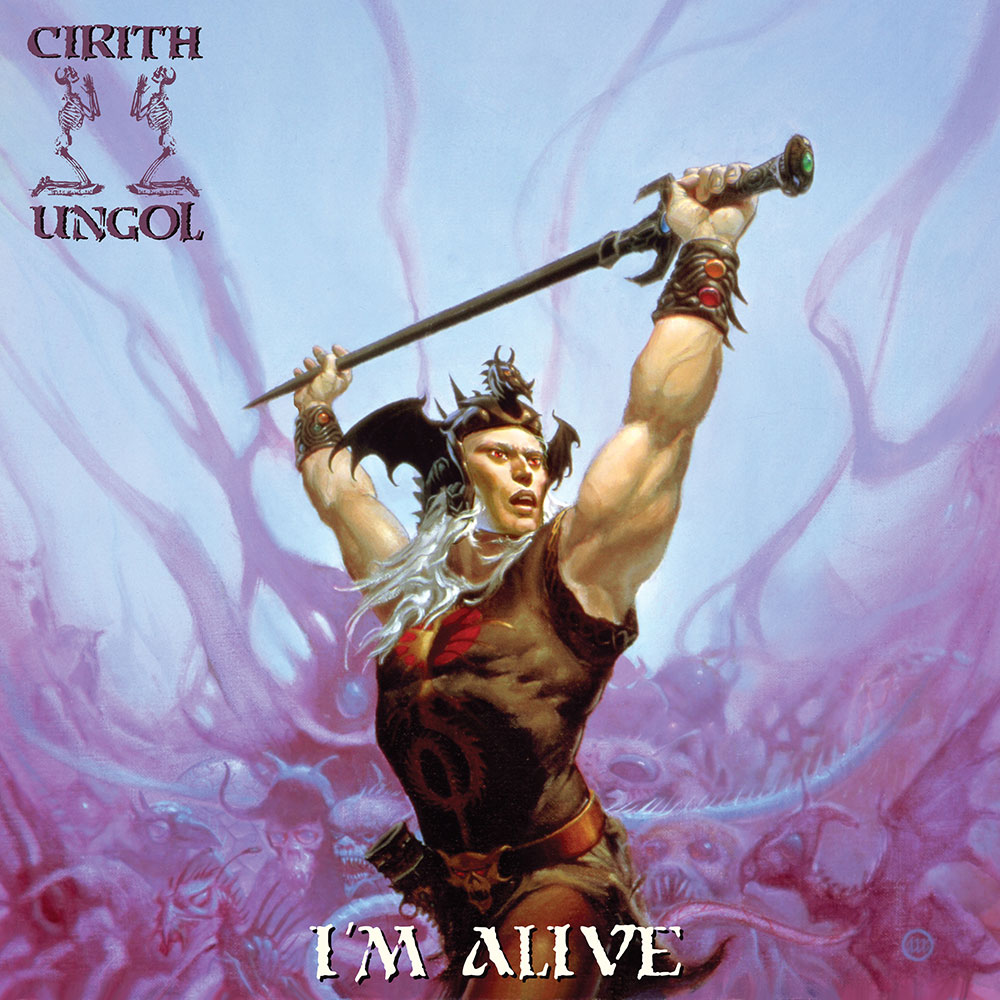 Cirith Ungol was formed in 1971 by Greg Lindstrom, Jerry Fogle, and Robert Garven. Their goal was to write and play heavy music, and for over twenty years that was their sole reason for existence. After four studio albums in 1991, the band disbanded after their album ‘Paradise Lost’ was released. Several members had left the band, and with the advent of hair metal and other sub-genres of metal prevailing at that time, the flame of true metal waned. However, Legions of loyal Ungolites around the globe waited for their return, and in 2016, the band crawled up from its an underground lair, to headline a handful of exclusive festivals. The demand was so overwhelming, the band has continued to play at major festivals around the world, and released the single ‘Witch’s Game’ in 2018, from the upcoming animated feature film ‘The Planet of Doom’. On October 25, 2019, ‘I’m Alive’ the band’s long-awaited live album was released by Metal Blade Records.

When the band reunited in 2016, Metal Blade Records approached the band with the idea of doing a live album. We were excited at the possibility, having never done one before. The idea was to film several of our most significant festival shows, for the album including; ‘Keep it True Festival’, Germany, ‘Up the Hammers\, Greece and ‘Hammer of Doom’, Germany. ‘Rock Hard Festival’ in Germany was filmed live for German TV, and is included in several of the deluxe editions! The release includes; coloured vinyl LPs, CDs & DVDs and a deluxe edition box set with many extras!

The artwork for this album depicts the albino king and eternal champion, Elric of Melnibone from the series of books by ‘Michael Moorcock’. This masterpiece was the original cover of the book ‘Elric of Melnibone’, printed and released in 1976 by DAW Books. It was the first book in the series about this haunted protagonist, who brandished a supernatural sword named ‘Stormbringer’. Stormbringer existed on several dimensions, but on the one Elric occupied, it was a semi-sentient being, and when wielded by Elric, it would suck the souls of whom he had slain into his frail and weak body, making him invincible. This cover for our live album ‘I’m Alive’ shows Elric, pumped full of vanquished souls after a battle, raising his sword ‘Stormbringer ‘ above his head, while the souls of the fallen swirl around him!

In 1981 I was reading the book ‘Stormbringer’, loaned to me by our bass player at the time Greg Lindstrom. We were searching for a cover for our first album ‘Frost & Fire’ we were producing. I remember looking at the cover and saying, ‘This would be the best album cover ever made’! I contacted DAW books who put me in touch with Michael, who retains the rights to all his art, and he licensed it to us. Our subsequent albums; ‘King of the Dead’ 1984, ‘One Foot in Hell’ 1986, and ‘Paradise Lost’ 1991, were graced by other covers from this same series forever bonding our music with the spirit of Elric and the mastery of his depiction by Michael Whelan. I believe that if it were not for his art gracing our covers, our legacy would have been greatly diminished.

We have been extremely honoured to have the friendship of the artist of the work, Michael Whelan. He is one of the finest artists of our generation. Winner of numerous awards too many to mention here, his art has graced covers of work by; H.P. Lovecraft, Arthur C. Clarke (2010 A Space Odyssey), Isaac Asimov (Robots of the Dawn), Stephen King (Firestarter). We were the first musical group to showcase his work, and being able to display his ‘Elric’ series of art, has transformed our covers from the ordinary to the magnificent! He also provided chilling art for our song, ‘Witch’s Game’, which will be featured in the upcoming full length, animated movie, ‘ The Planet of Doom’.

Cirith Ungol had quite a history, especially before we disbanded in 1991. From the beginning, the band was intrigued by fantasy and horror literature, and many of these sources influenced our lyrics and music. Also, we saw the deterioration of our natural and political environment, leading to a series of doom laced and dystopian compositions. Blending Sword and Sorcery themes, with fiercely intense Heavy Metal, Cirith Ungol’s music conjures up images of the darker side of man’s eternal, ‘A Churning Maelstrom of Metal Chaos Descending!’

Escapism to some, the discovery of, and embracing the macabre, to others. Experiencing art in any format transforms the witness’s perspective, and envelopes their senses with limitless possibilities. The past, the present, and the future all swirling in a cosmic whirlwind, drawing the spectator into the art, becoming as one.