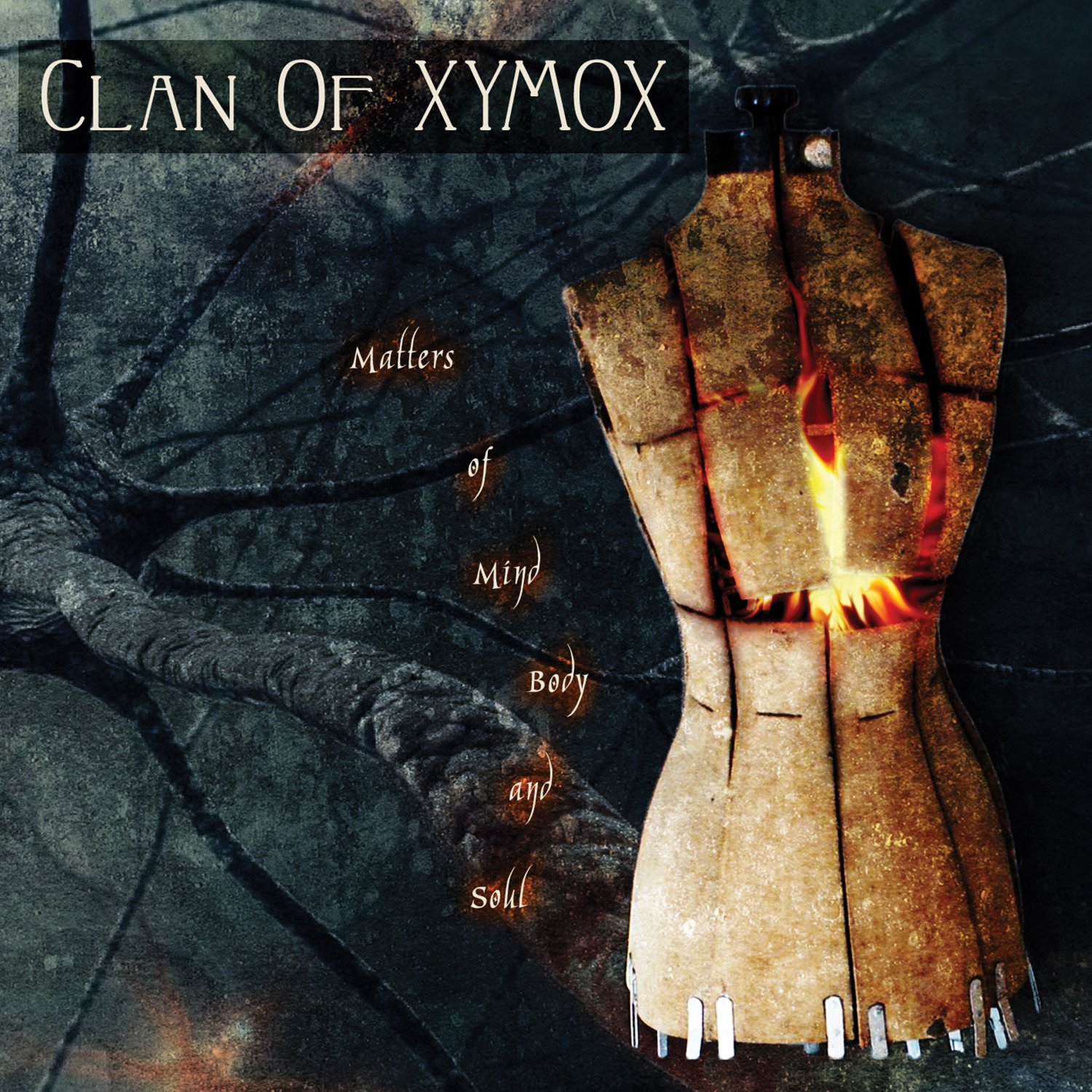 It all started in 1981 in Amsterdam when Ronny Moorings (mastermind, vocalist and guitarist) formed Clan of Xymox. After releasing their 3rd album “Twist of Shadows” which helped to establish them in the US market by selling 300,000 copies, they soon became a pioneer of darkwave/electro-goth music and enjoying headlining several international festivals. Their 15th album “Matters of Mind, Body & Soul” was released in 2014.

HMA: First of all, let me ask something… Who the Clan of Xymox are? What’s the origin of this name?

Ronny: I’m the main and sole songwriter for the band. Xymox used to be an alteration from the word Zymotic, a contagious disease. I wanted people to “infect” with my music. Now affect will be fine;) “Clan Of” are the people involved in the band Xymox

Ronny: Do you want a sociological dissertation about this topic? To me, the scene moves with the times but like in society there are also a lot of conservative elements who do not want any change and listen to the same music over and over. The way people record and write music is now easier than back in the days when you had to think hard how to record your music. Now you can record almost endlessly without having to make some crucial decisions. To me at the end of the day, the actual song result still matters and that hasn’t changed. People are still interested in hearing a good tune and that will stay like that. The scene has proven it has longevity like any other musical genre. 40 years is something to reckon with.

HMA: The album Kindred Spirits was a collection of the cover of your favourite bands, are there any other song which you would consider covering in future?

Ronny: I was asked to sing a cover a song for a big music magazine in Germany; which I did. Unfortunately, I cannot say yet which song it is because they want to release all that first in their magazine. I don’t think I will record any covers for the foreseeable future.

HMA: How important is art for your music? Who did the artwork for your latest albums and did you work close to them?

Ronny: The art starts with the sleeves of every album we release. It started with Vaughan Oliver of 23 envelopes and since a long time, Mojca does all our artwork in the style we all like. Mojca shows always what she does and I get to see the progress. I always love what she comes up with, so that makes my life very easy. Sean makes the backdrop art for our live shows and designs the lights accordingly.

HMA: There seem to be a Victorian/steampunk style in your latest album covers, is it a theme?

Ronny: The latest album Mojca used a corset as a model for the actual image. So that might set up to the idea but is, of course, far-fetched and pure interpretation. It is a reflection of the album title “Matters of Mind, Body and Soul”.

HMA: Where do you get inspiration for your lyrics?

Ronny: From life in general. The music comes often first and it triggers emotions hidden inside. That way I write the best and I get sometimes surprised what comes out.

HMA: How was the tour in South America last month? You mentioned show footage for Brazilian TV today, can you tell us more?

Ronny: The Tour was a complete success. We played in Argentina, 2 times in Brazil, Uruguay, Chile, Colombia and Peru. We sold out all venues and paved our way for more shows in the future in even more exotic territories. The fans go really crazy with the songs so it is always such a pleasure to play over there. The Brazilian TV crew filmed the show for broadcast in Brazil. Maybe later you can see it also online at TV stations.

HMA: I read that you used to live in London, would you live here again?

Ronny: I like London but would not want to live there. I like where I live. Leipzig is big enough for me and offers a quality of life you cannot find in London. The same I feel about Amsterdam, so for the foreseeable future, I stay where I am.

HMA: Last but not least, your latest album came out in 2014, are you planning to work on new material soon?

Ronny: Yes, I am actually working on new songs with an expected release for 2017.