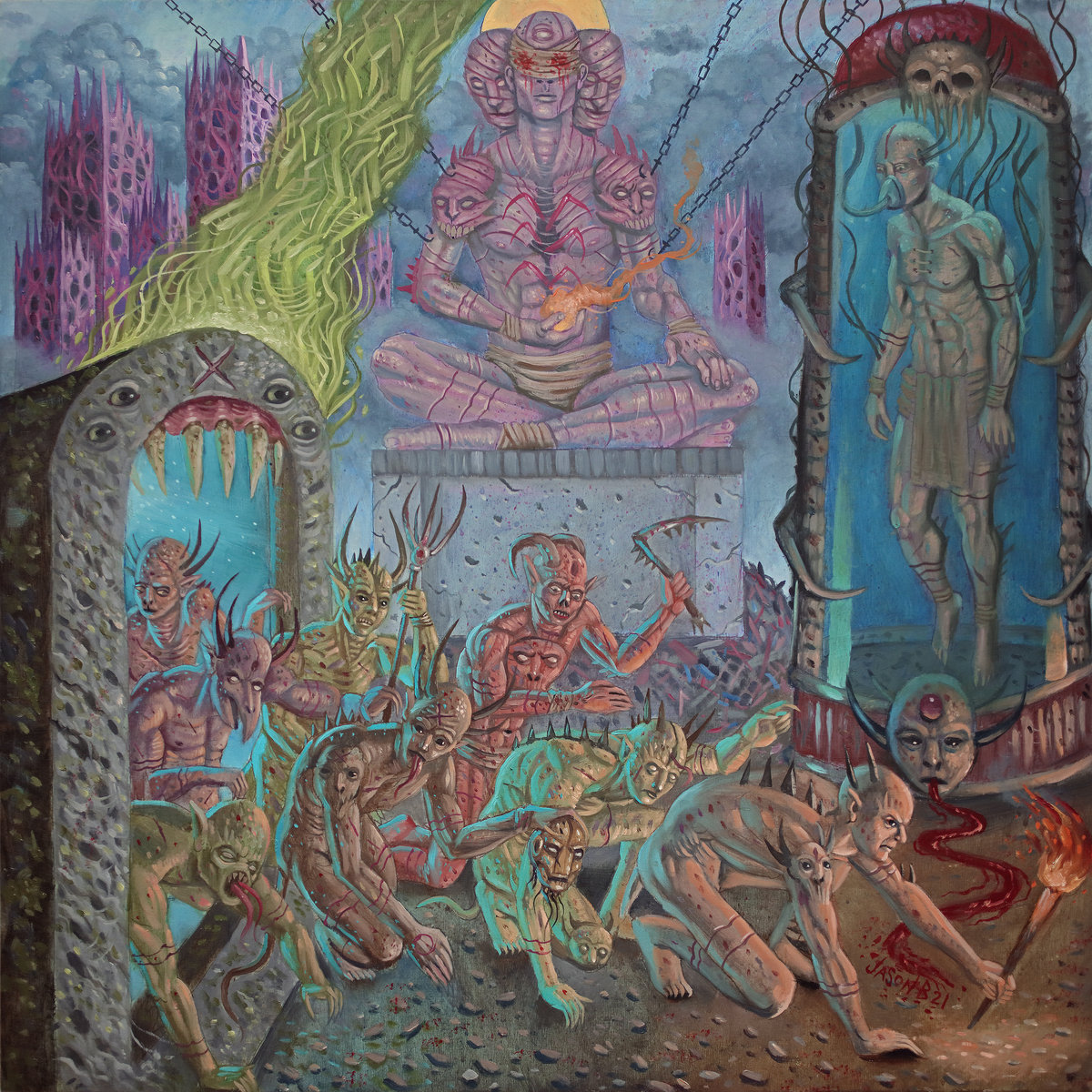 I (Apostolis) joined the band during the writing process of Upheaval, so my involvement in the writing and recording process was something that influenced the outcome. Also, having the experience from the previous album helped refine some of the processes this time around. Since we all have some sort of a recording setup, collaborating during the pandemic was somewhat smooth and efficient. So far, the overall creative environment has been great in the band since all of us have a solid common ground on what we want the band to be while at the same time having our own individual approach to how we want to execute our ideas. This allows everyone to add their own ‘flavor’ without sacrificing the communal long term vision of the band. Also, we all get along very well with each other, and there are no egos.

Preparation is king! We all spent time practising and making sure we knew our parts well, which is key in getting good takes. Also, Alex and I spent quite a bit of time selecting sounds and focusing on overall guitar, bass and vocal production. Being prepared allows you to tackle the recording process as a creative one rather than just a practical task to capture performances. When you’re in the zone, you can get some pretty cool ideas, and there are a few spots in the album where a riff was slightly changed, or some addition was made to a part that was done on the fly.

In terms of knowing when it’s time to record, that is a difficult one. There is always the possibility of falling into the trap of ‘improving’ a song, but on the other hand, it’s important to step away from ideas once they are finished and come back later again with fresh ears. In our case, we spent a lot of time doing pre-production between ourselves and after letting our ideas mature, we came back to them, made some small adjustments when necessary and then booked our studio time.

I can’t speak for the rest of the band, but my overall philosophy is to just take the time to reflect on what is going on around me, how it affects me as a person and what my role is in all of it. An introspective journey is a key to understanding yourself a little more, which helps you understand others around you. I’m also a fan of stoicism, and although I’m certainly not the best practitioner, I try as much as I can to apply it to my daily life.

Both my parents love music, so I grew up around it. Specifically, my dad is a huge rock/metal fan, so he started me on the good stuff (AC/DC, Pink Floyd, Metallica, Bad Company etc.) quite early on. I tried a number of instruments as a kid, but the first instrument I truly stuck by was drums, and I played for a few years until we moved abroad. Then I switched over to guitar at around 15 years old, and the rest is history. A life-changing moment was seeing Megadeth live when I was 16, and I instantly realized that playing music is what I wanted to do. In terms of favorite albums, some of my favorite works are Symbolic (Death), Whoracle (In Flames), Sumerian Daemons (Septic Flesh) and Noctambulant (Spawn of Possession), just to name a few.

Music is important to everyone because of how unbound by logic, rules and structure it can be. Unlike language, sound can be interpreted to a much bigger depth, which allows for a much more personal interpretation. Music can allow people to express themselves indirectly, which can take out some of the vulnerability that comes with that. Not many things allow for such freedom of expression either as creator or consumer, which is why I think music is one of the very few things that humans universally will always enjoy and relate to.