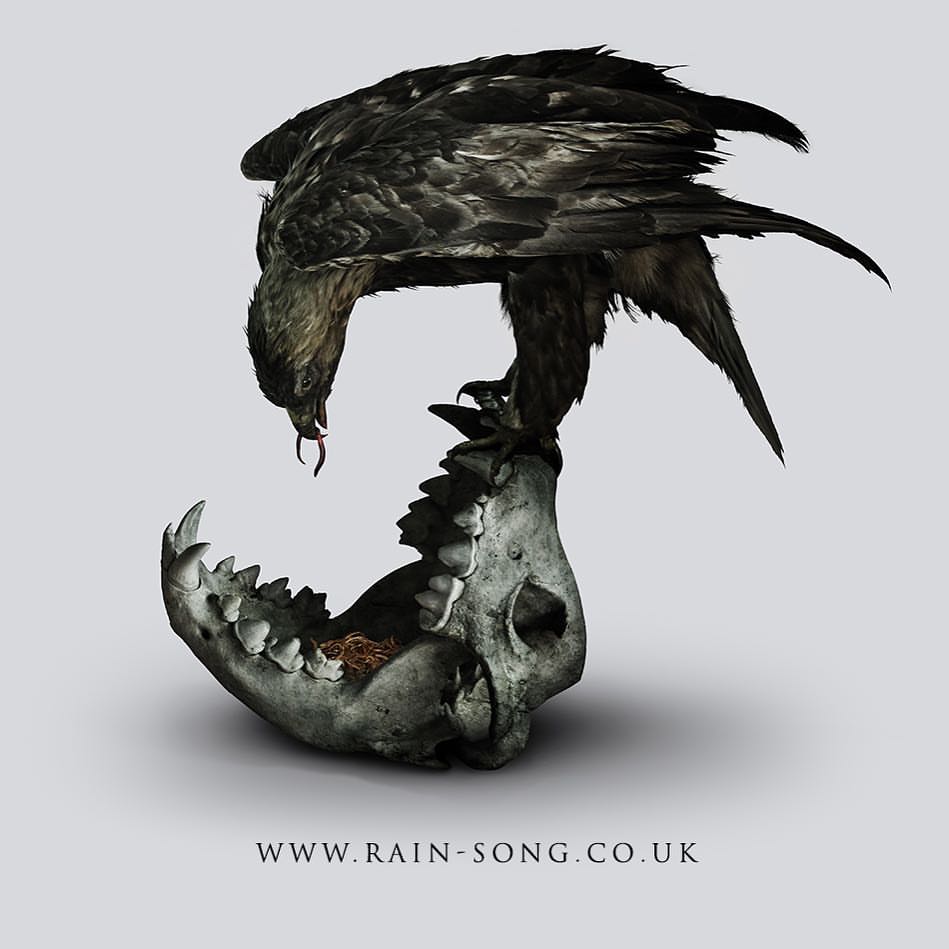 In conversation with film and cover artist Colin Marks

Colin Marks is a London based artist working primarily within the heavy music/film industry. He has run the personal design studio Rain Song Design for several years, and has worked with bands such as Strapping Young Lad, Exodus, Nevermore, Suicide Silence and countless others. Alongside this he also works with various LA design studios to create movie poster artwork, and in recent years collaborated with costume designer Joanna Johnston to work on Bryan Singers’ previous film ‘Jack The Giant Slayer’.

HMA: Great to have you and welcome to our site.

Colin Marks: Thanks, it’s a pleasure being part of the site.

HMA: I wanted to start by asking about your involvement with the movie “Jack The Giant Slayer”. What type of work have you done and how did it develop?

Colin Marks: With Jack The Giant Slayer I worked entirely within the costume department in creating the look of the giants – their outfits, armour, decorations and wounds.

I was initially contacted by a costume designer friend who was working on the movie alongside Joanna Johnston (Saving Private Ryan, Munich, Lincoln) who had recently taken on the movie and was working on the costumes for all the characters, including all the giants. There were many existing designs for the animated giant characters but I think Joanna was interested in exploring other darker approaches and she was introduced to my work, which is clearly very dark at times, and she liked the work that I do and asked me to come along to collaborate.

We created a huge selection of designs, which were showcased to director Bryan Singer, and when they were approved they were sent off to the animators to be worked into the movie. I know that the animators were initially very concerned about the amount of detail that we put into the clothing and armour for the giants, but they pulled it off tremendously.

HMA: As well as working with album art you extensively work with the film industry. What type of differentiation would you say set them apart?

Colin Marks: The majority of film work that I do is artwork for movie posters and DVD artwork, which tends to be very quick. When I get a brief it tends to be required within a day or two, or a week at best, and often a lot of the photographic assets are provided (actor shots, location shots etc), so you need to work with what you’re provided with, or incorporate it in some way. There’s a certain style and restrictions which a film poster needs to have which doesn’t necessarily apply to album artwork which is far more drawn out. The concept is discussed beforehand, and as much as possible all of the photography that builds up the artwork is custom shot, particularly when models are required. Record artwork certainly has far more personal influences than a movie poster which has a very specific point to get across. Often a band will either have a vague concept in mind already or will forward lyrics and let you come up with your own interpretation, so there’s much more freedom.

HMA: How did you get involved in both music and films?

Colin Marks: I started off in music. I did a few things for a local band and set up a very basic website with a few pics on it. I can’t remember how it came about but I did a few covers for a band called Vib Gyor (now called Fossil Collective I believe), and shortly afterwards a band called The End got in touch that liked a couple of the images. They were signed to Relapse Records at the time. I seem to remember I had sent some artwork off to all the main metal labels, trying to get a foot in the door, and I think the label remembered some stuff that I had sent, so gave The End the ‘thumbs up’ to work with me.

I went over to Toronto and spent a week with the band working on the artwork for their album Elementary, and it gained some good exposure and gradually bands started getting in touch. At the time I had a full time non-creative design job, but eventually the freelance work took over and became my career. With film, I think I contacted a few design studios in LA and the UK, and they liked my work so got in touch, we did a few projects together, and have maintained a great working relationship, so I’m fortunate enough to work fairly regularly with some brilliant key-art design studios alongside my own music related work. It’s nice to mix things up.

HMA: Do you feel you are in privileged position considering you have experience to create visuals for both sound and vision?

Colin Marks: Yes, it’s what I always wanted to do, and it took a long time and a lot of hard work to get to a point where I’m able to make a living from it, but I can’t think of anything else I’d rather be doing. When I was at school I was always drawing my own Maiden and Megadeth covers on schoolbooks, and I never really pursued anything worthwhile other than those with a creative outlet, so it’s great to now work with bands and bring their concepts to reality. It’s the same with film, although (aside from Jack The Giant Slayer) it often doesn’t carry the same artistic freedom it’s still great to put your personal touch on a movie poster, and it’s still always a buzz to see your work in print.

HMA: Have you considered working as director or push your work into a proper full feature film?

Colin Marks: I wouldn’t have a clue where to start with something like this. I have tons of ideas but I’m not a director. I have no experience at all in that side of film, although it’s fascinating to see all the work that goes into it, and I love to help create the visual impact of a movie. I do have friends that work in film and we have talked about a possible collaboration at some point, but at the moment I’m content to create the artwork. Never say never though.

HMA: Going back in your career, is there anything you would have done differently?

Colin Marks: No I don’t think so. You always look back with hindsight and see things differently. I can look back at artwork I’ve done in the past and know that I could do it technically better now, but at the time it worked, and I really liked it and the band really liked it so everyone was happy. I don’t think I would change anything though. It’s always a natural progression, and the ideas were always prominent.

HMA: I believe you run “Rain Song Design” studio in London. Tell us the challenges and benefits of running an creative studio.

Colin Marks: Well, it’s just me. I do have a nice home studio, with some decent photographic equipment for shooting models / props as required but of course the supposed benefits are that you can work whenever you want, but the catch is that you never stop working. Once you start on something, it’s difficult to call it a day and come back to it.

HMA: Moving to you your work… In many of your pieces there are recurring elements such as desolation, ruins, falling empires, etc. All beautifully framed in amazing textures. Can you tell us more about your ideas, inspirations and thought process?

Colin Marks: I use a lot of Icelandic and Norwegian landscapes in my artwork, which is obviously very barren and desolate. They are countries I like to visit as often as possible, as they’re such photographic landscapes and just such a pleasure to be there.

It’s a very alien landscape for most people, volcanic and barren, but photographically incredible.  And then if you need iconic buildings in a piece of art then you can’t go wrong with London’s landscape so I try to use what’s on my doorstep as much as possible.  I try to carry a camera with me when I’m out and about, because you never know when you’ll see something that will contribute to a great piece of art, be it a nice landscape, building, skyline, or just something that will apply to a texture. I have a huge amount of personal stock which is there when an appropriate project comes along.

HMA: How influenced are you by the music or by the musicians involvement in the conceptual process?

Colin Marks: The bands usually send over a concept for the artwork, but if not then they will send lyrics or a track or two. It’s always good to hear the band for reference.

If they have a very specific idea then I will work to that, otherwise I’ll read over the lyrics and see if something stands out that could create a strong visual.

HMA: Which piece best define your style and why?

Colin Marks: It’s really difficult to say. I’m very fond of both Beyond Terror Beyond Grace records as they are very different in style. I’d guess most people would consider Whitechapel, Impending Doom, Nevermore as my definitive style as they carry a similar darkness and colour scheme, which is fine by me. As much as I like to try new things it’s always great to create something dark and familiar.

HMA: Thanks for being part of Heavy Music Artwork

Colin Marks: Thanks for having me.