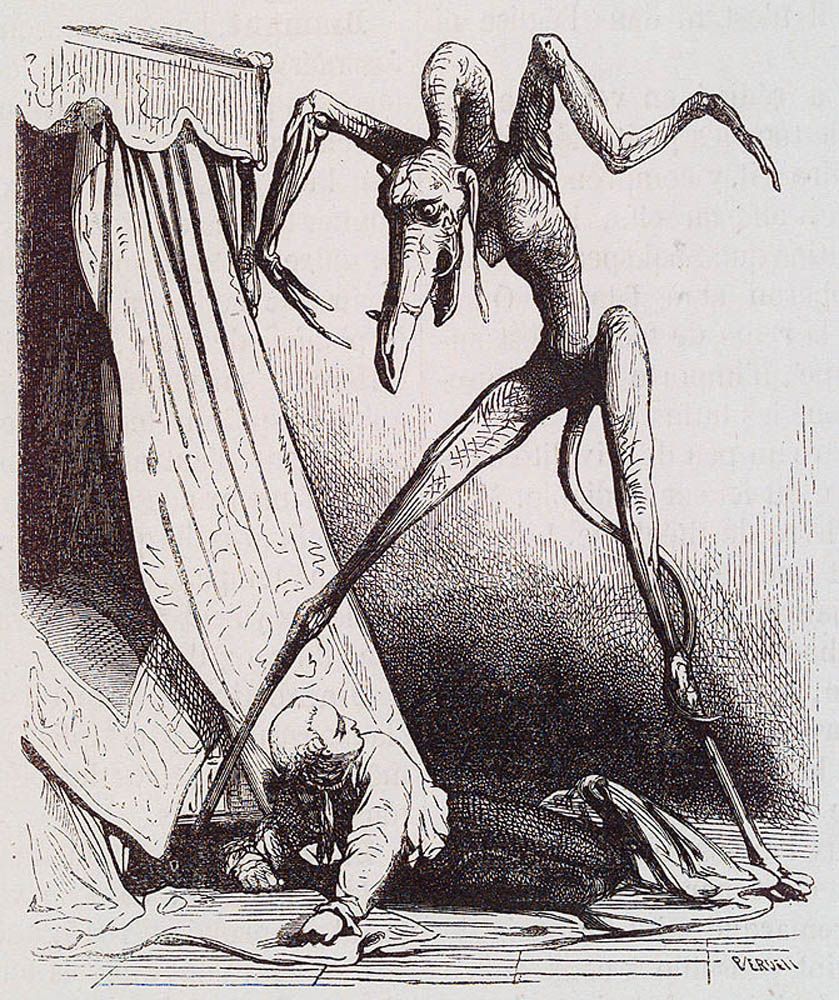 Jacques Albin Simon Collin de Plancy (1793 or 1794 –1881) was a French occultist, demonologist and writer; he published several works on occultism and demonology. He was born in 1793 or 1794 in Plancy (presently Plancy-l’Abbaye) and died in 1881 in Paris. He was a free-thinker influenced by Voltaire. He worked as a printer and publisher in Plancy-l’Abbaye and Paris. Between 1830 and 1837, he resided in Brussels, and then in the Netherlands, before he returned to France after having converted to the Catholic religion.

Collin de Plancy followed the tradition of many previous demonologists of cataloguing demons by name and title of nobility, as it happened with grimoires like Pseudomonarchia Daemonum, and The Lesser Key of Solomon among others. In 1818 his best known work, Dictionnaire Infernal, was published. In 1863 were added some images that made it famous: imaginative drawings concerning the appearance of certain demons. In 1822 it was advertised as:

“Anecdotes of the nineteenth new century or historiettes, recent anecdotes, features and words little known, singular adventures, various quotations, bringings together and curious parts, to be used for the history of customs and the spirit of the century when we live compared with the last centuries.”

It is considered a major work documenting beings, characters, books, deeds, and causes which pertain to the manifestations and magic of trafficking with Hell; divinations, occult sciences, grimoires, marvels, errors, prejudices, traditions, folktales, the various superstitions, and generally all manner of marvellous, surprising, mysterious, and supernatural beliefs. By the end of 1830 he ostensibly became an enthusiastic Catholic—to the confusion of his former admirers and detractors. In 1846 you could purchase (for 16 francs for two volumes) the Dictionnaire Sciences Occultes et des Idées superstitieuses which is another listing of demons.

Jacques Collin de Plancy was the father of Victor Emile Marie Joseph Collin de Plancy (1853–1924) who for nearly a decade starting in 1884 served as French Minister to Korea and whose collected art works and books became part of the core of the Korean collections of the French Bibliothèque Nationale and the Musée Guimet in Paris.