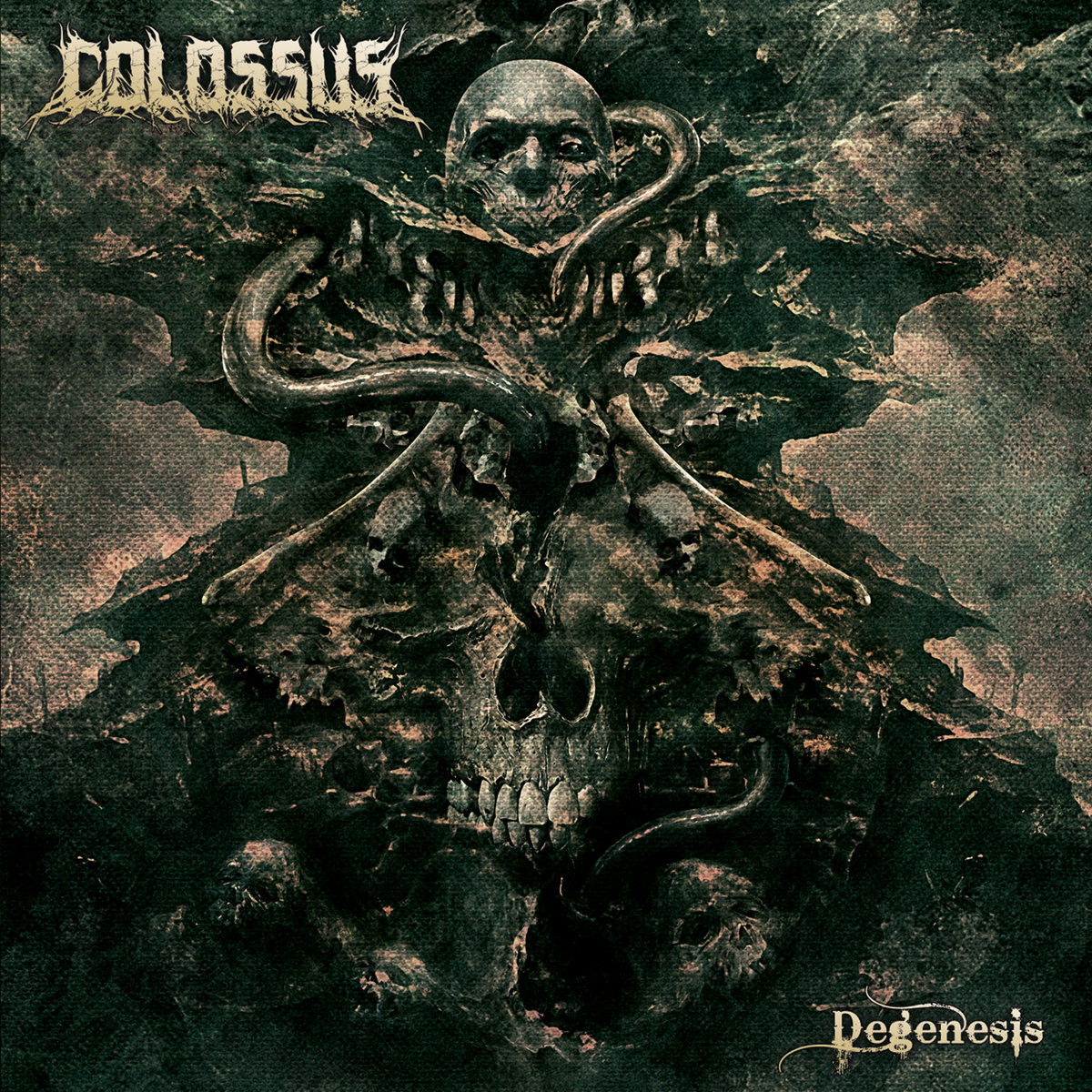 Colossus started with a vision I had for some material initially planned for something else. It was originally supposed to be the next Deaden album, but things fell through with the other members, so I reworked some of it and changed the vision musically and lyrically. I recorded the guitars so I could have them and figured I would find the other musicians later. That is exactly what happened. The drummer, Dan, loved the music and wanted to be a part of it. I told him what I was looking for drum-wise, and he nailed it. Then the search for a bassist was on. I didn’t tab anything out with the hopes the bassist would just come up with whatever they wanted, and Steve knocked that out of the park. I wanted something different from what I usually did lyrically (esp since it was no longer going to be Deaden), and I didn’t want to do any vocals. I wrote the first lyrics to try to steer that ship, and Dan and Steve went from there. That is the birth of Colossus in a nutshell.

The goal for ‘Degenesis’ was to be intense and give the listener something different to hear. It means a lot of hard work over a year and a half, but it is well worth the wait. We are all very happy with it. It has technicality from all angles, emotions, and some heavy parts. I had everything guitar-wise written already. I wrote it all during the writing process of the Lividity ‘Perverseverance’ album. It was supposed to be another Deaden album, and when that failed, I couldn’t just let the songs go. The creative process for me is always pushing myself farther, no matter the band/project. This was to push some technicality while still keeping it listenable and hopefully interesting.

What inspires me to write your lyrics and create your music? Lots of things, personal stories/incidents and tragedies. Things I hear about and see. This was just a look at how low our humanity has become, and it’s time for a do-over. Music-wise I just sit in my music room and come up with riffs piece by piece. I have always been able to write things quickly, so it’s usually not a problem, but with something like Colossus, I would re-work and rework the riffs until I was where I wanted to be with them,

I am not into any religion at all. I do not drink or do any sort of drugs. I have this mindset of having one time on this rock we call earth and that I don’t want to look back on it as wasting my time doing nothing. I create lots of music, enjoy the nature the earth provides, and enjoy the people close to me as much as possible when I cannot do this anymore, whether it’s being feeble or writer’s block, I will go to the next phase of my life.

I grew up in the 80s, and metal was just more abundant. I just recall immediately gravitating to it at a very early age. From there, my older brothers were into metal/hardcore, so I learned from them. The early albums that changed my life were Metallica ‘Kill em All’, S.O.D. ‘Speak English or Die’ and Sodom ‘Persecution Mania’. Then it was just a quest to find faster and heavier. For me, music resonates deeply with me. I like music with emotion and feeling. Some people just listen to it for something to do or have it as background noise. It is very important to the world, or we wouldn’t have centuries of it to draw from. Music is very important, so let’s all keep making it.