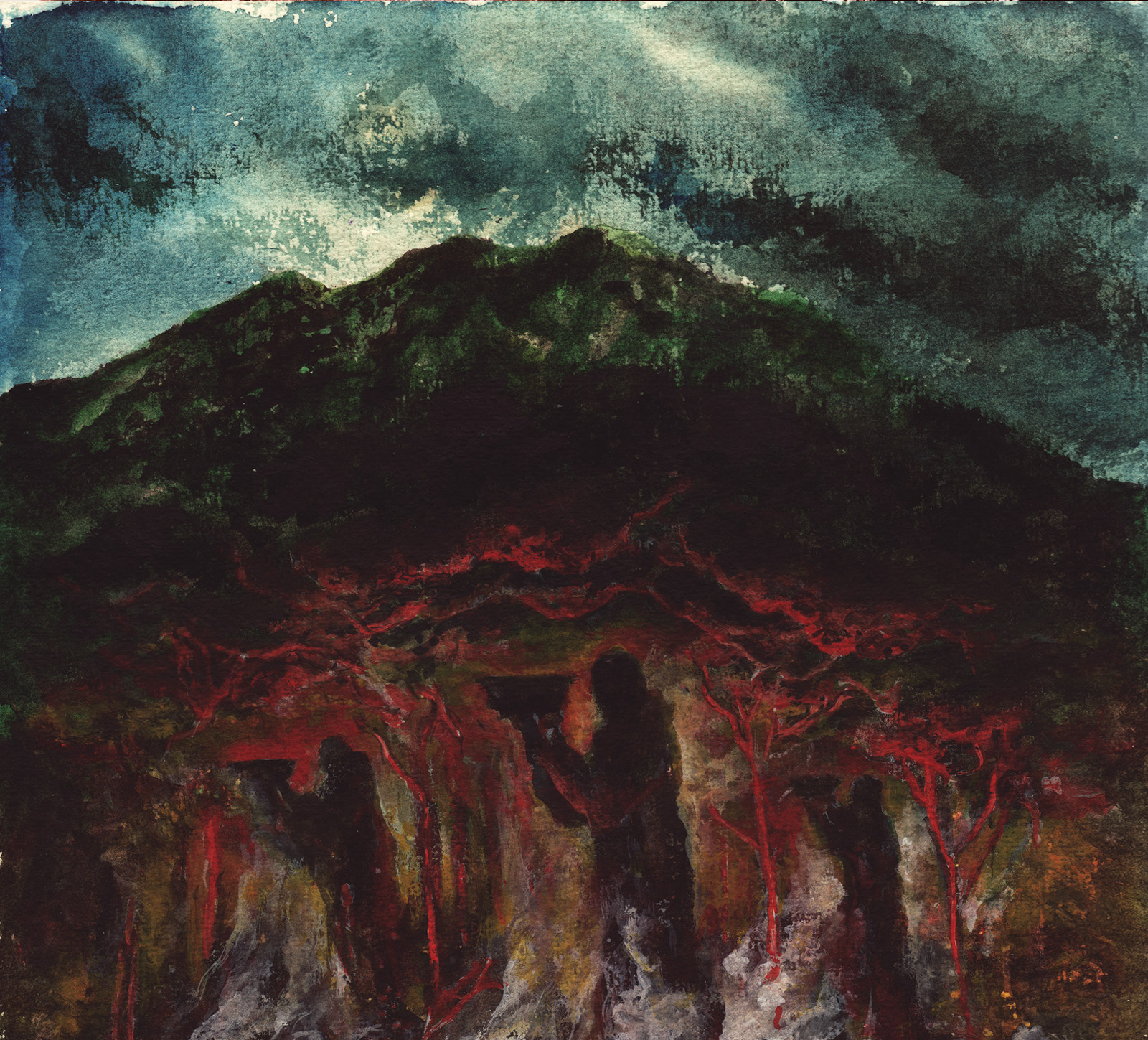 Formed in 2011 and featuring members of Movimento d’ Avanguardia Ermetico, Comando Praetorio made their public debut with the ‘Divinità Terrifiche’ EP in 2015. Although the interim has seemed quiet, the band have taken to the stage often and have otherwise been finetuning their debut album. At long last, it bears the title Ignee Sacertà Ctonie.

Comando Praetorio is composed of two Latin words which together they mean ‘Order to march forward’. We choose a powerful and austere monicker that blended with our music. It also represents a sum of what we intend to pursue both individually and as the entire band: a descent into the recesses of our souls to commute antidote from poison.

The concept of ‘Ignee Sacertà Ctonie’ Is based upon Hirpi Sorani’s ancestral cults, an Indo European tribe who lived near Mount Soratte, into the Lazio region; it is focused on the primordial symbolism of Fire, both telluric and celestial power, worshipped in the bowels of the earth as in the heavens, bearer of the light and heat that presides over the hearth, transmuter of matter, source of purification/incineration. This sacred society of men was also linked to the wolf cult, and for this reason, we think it fits perfectly with the wild and transcendental sounds of our music.

Comando Praetorio has his roots in the rawest form of Black Metal and especially in the 90s soundscapes and atmosphere. Our music is particularly inspired by the autumnal scenario of our region and our historical heritage. We are not tired of dealing and playing freezing riffs, dark synth, martial drums spreading oppressive soundscapes and evoking voices.

Our inner voice spontaneously manifests itself in the form of this particular musical style, which is simply perfect for outlining our ancestral visions in music.

We don’t have a specific form of historic re-enactments but usually, we use reflections and abstract visions that could be linked to mythology, history and philosophy without a direct reference. As correctly stated by our label Comando Praetorio here have shaped their glorification of the forgotten energies, the primaeval gods, their vibrant black metal belying grey tones and ominous shading, with cresting-yet-sombre guitar lines building a massive wall of doom for the modern man not to overcome. A subtle juxtaposition of extremes, this is, the album’s overt muscularity evading rote aggression for its own sake and instead conveying more profound sensations, a stern austerity that’s custom-built for the strident individualist.

I think that Dark Arts is more suitable to define the esoterism. But it is interesting because the esoteric approach, the fact that we are dealing with an elitarian and secret doctrine, is perfectly suitable with the original spirit of extreme and underground music. Unfortunately, this attitude was perverted by the equality ideology of the last decades.

The album cover, created by Timo Ketola, who also worked with Teitanblood, Deathspell Omega and Dissection, represents the priests of the temple, the Hirpi Sorani, or Sorano Wolves, the Italic god associated with the Apollo Inferno, in a path of catharsis, they challenged the burning embers with their bare steps in order to reach the sacrificial altar and arrange the offering to the Divinity. We consider his work perfectly fitting with the concept of Ignee Sacertà Ctonie.