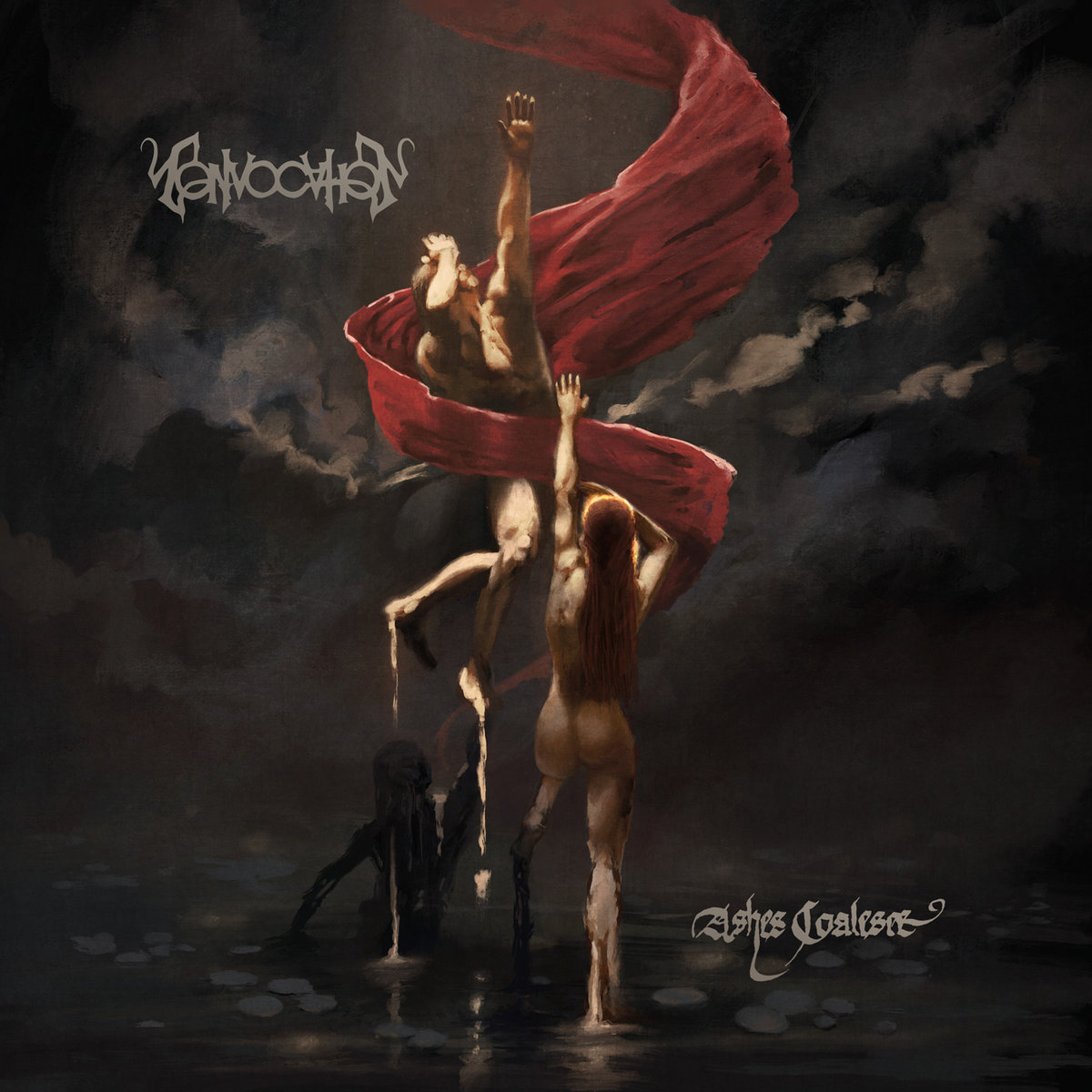 LL: Naming a band is hard. Really hard. We had some initial ideas, but all of those were already used by other groups. So we did what most of the bands do, compile a long list of potential names. And to further strip down the mysticism around the naming process, we just wrote words. Some words feel better than others without us consciously knowing why exactly. Some resonate better than others. And Convocation is what tickled our minds the most. Convocation is a gathering of two different personalities that complement each other and elevate our art to another, often unforeseen and surprising dimensions. When the stars die, the ashes coalesce.

MN: When we were making ‘Ashes Coalesce’ the stars began to die. The album name consisted of that period.

LL: I’m the worst person to say what genre we are or are not. We have a vague framework that is “doom”, and if I add more tags, I will throw in funeral and death into the mix. I am pretty schizophrenic about genres in general. On the other hand, I hate being constrained to some arbitrary set of rules and codes. Nothing kills (my) creativity than putting yourself into a box. I know some people strife under stricter boundaries and do magical things. On the other hand, I like to listen to genre albums a lot. I don’t like too much experimentation in my death- or black metal most of the time. I probably still have traumas from 1999-200? The era when all of my favourite bands started to do some “avantgarde” stuff with horrible results. Then again, many of my favourite albums are the result of crazy experimentation. As I said, it’s schizophrenic as hell for me. I’m pro and anti experimentation. The inspiration comes from all around. Classical music, soundtracks, trad. Songs, ambient and so on. I don’t listen to doom while composing for Convocation at all because I try not to get too influenced by other bands I consider closest musical peers. But as I’ve been listening to metal for most of my life, the outcome will still distil into more familiar metal alloy in a way or another.

LL: To keep it short – when I started to write music for Convocation, I was tired of fast music. I am a melancholic person wanting to do gut-wrenching, really dark and at times oppressive music, so I knew that Doom Metal is the most natural and fitting way to channel these ideas and emotions.

MN: Living and dying. Surviving. Those are the main focuses. Art is always personal, and so are my lyrics—no politics, no folk tales etc. Partly horror, cause life is horror.

LL: For me, dark arts are mostly an umbrella term of anything esoteric, occult, and gone through inflation. I’ve always had a great interest in the subject, read and studied a fair share of it. In a way, I guess, my relationship with “the dark arts” is complicated. I am a sponge that absorbs more or less everything (of whatever interests me at that particular time), making my interpretation of it and meld it into a huge philosophical and spiritual mess. Just like in music, I don’t like labelling my music that much. And as in life. Labels and externally dictated dogmas are not for me. “Don’t tell me what to fucking think! I’ll start my own chaotic, non-consistent mush of esoteric movement with blackjack and hookers!”

What matters the most for me, in the context of Convocation, is that I have found my way of understanding different worlds without saying a single word. This is why music is never “just music” and in it’s best, it’s a gateway to your subconscious – a cathartic and shamanistic thing.

LL: I will say that a lot of the music I’ve written could be considered powerful and mind-bending under the influence of different kinds of substances. There are many recurring harmonies and melodies and rhythmic elements hidden behind the layers that bind these songs together in ways that might not be apparent at first, like a DNA double helix or some cosmic light that penetrates us all.