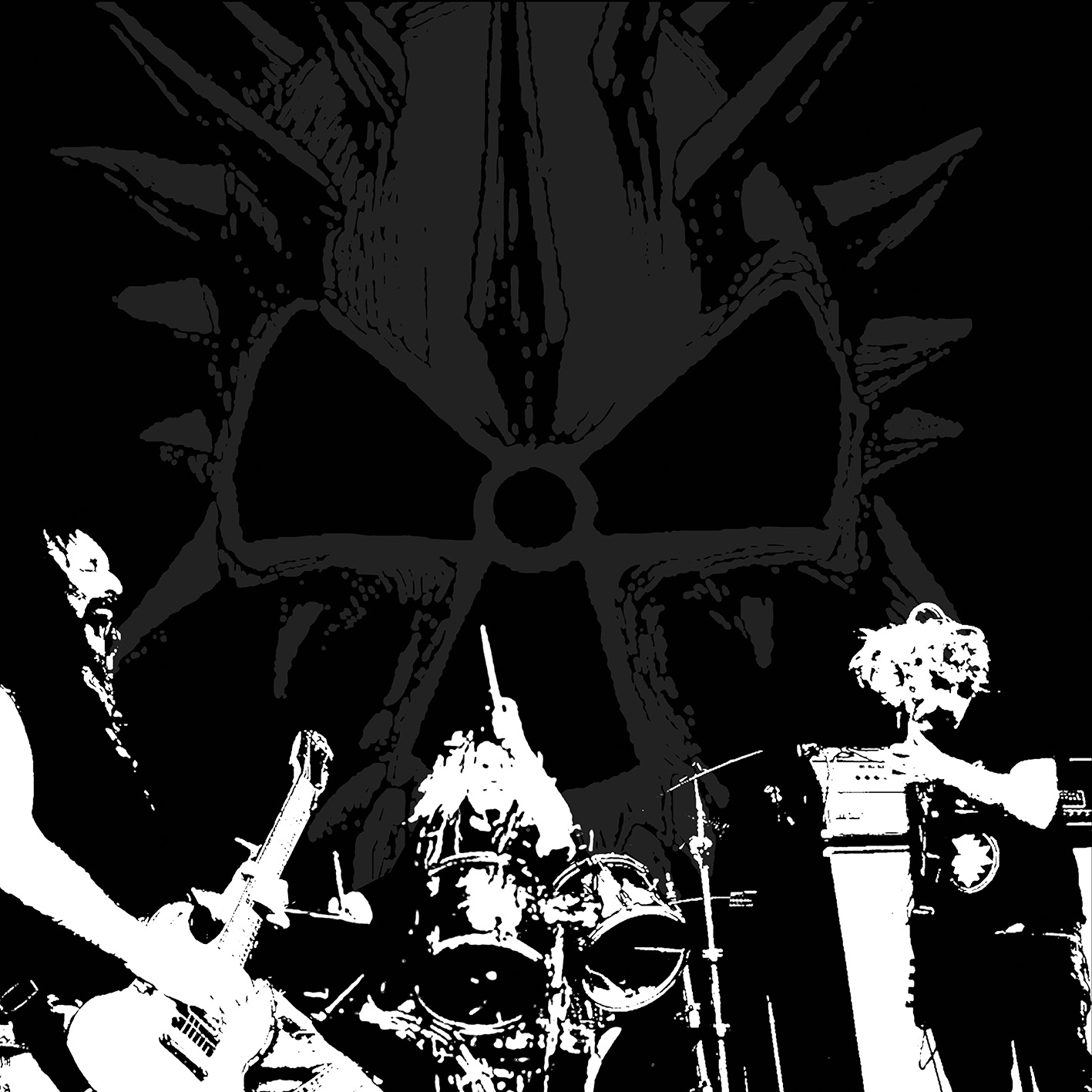 Since they formed in 1982 in North Carolina, Corrosion of Conformity has been creating their own distinct sound and merging, in a perfect way, metal, punk, blues and even some elements funk. There have been line-up changes with Pepper and Reed but now the line-up is the same as ‘Deliverance’. The announcement of Pepper’s return to Corrosion of Conformity has been hailed with great excitement in the metal world. Would this be a one-off or COC is back for good with a new album? I met with COC during their brief European tour in March to discuss the possibility of new material for a new album and for a new tour.

Manuela Mattera (HMA): How does it feel to be reunited and have the same line-up since ‘Deliverance’?

Reed Mullin – Corrosion of Conformity: It’s been amazing. Yeah. It’s the first time we have the 4 of us have jammed since 2000 or something. Pepper’s been living in New Orleans and doing a lot of Down stuff so we haven’t been able to see him. We’ve seen him at some festivals, but it’s not like when he lived in North Carolina where we saw each other all the time, because he lived in North Carolina for about 10 years, maybe, he’s from New Orleans, so he just moved back there. He actually came up to try out the scene for us in 1989 or something like that. He wasn’t very good. He’s great now.

COC: No, he wasn’t very good then, but he was a friend of ours and he played the guitar, so we were like, “Oh, wow. We’ll get him to play the second guitar.” He became a great singer later.

HMA: Is this reunion only temporary or do you have plans to continue with this lineup?

COC: I hope so, do you think we should?

HMA: Absolutely! Man, I was so fucking happy when I heard that you were together and playing again. I saw you live with Pepper when I was about 16, 17.

HMA: Since then, I’ve been just waiting to see you again. I am so very happy!

COC: Yeah, it’s been so much fun. This was sort of like a little test to see if people liked it, and people would show up. And they are all the shows have been sold out.

HMA: How come you choose to play Europe instead of doing a small US tour?

COC: I think we will, I think this was just the start and we just wanted to see how this was.

HMA: But why choose Europe instead of the States?

COC: I don’t know. That’s a good question. The United States is kind of bigger, that’s more like when you do the United States and it’s more of a commitment. Do you know what I mean? So we figured we’d come over here in the UK and do a couple little European dates and see how it is. It’s been awesome.

HMA: Is there going to be an album coming out?

COC: I hope so. Do you think we should?

HMA: You were with a big label before but that didn’t go too well?

HMA: That’s what I mean. That’s not going to happen.

COC: No, that’s not going to happen. We went our separate ways. After ‘Wiseblood’.

HMA: Who are you with now, Candlelight?

COC: The Three Piece was with Candlelight but, no we’re not on any label right now. That’s why they’re sending us, all the labels are asking.

HMA: Do you have any new material for the album?

COC: No, we haven’t done anything yet. I think Pep’s got a couple riffs, I got some riffs and I’m sure Woody and Mike do as well. But no, Pep flew up a week or two ago and we rehearsed, I don’t know, 25 songs or something. That was one of the difficult things; we didn’t know what we were going to play. We know most people wanted to hear ‘Deliverance’, ‘Wiseblood’ stuff, ‘America’s Volume Dealer’ and ‘Arms of God’. I didn’t play on Arms of God. We had to pick all that stuff out. They wanted to do a couple songs of ‘Arms of God’ Initially, I was kind of like, “Well, I didn’t play on it.” I didn’t mind playing, learning them, but they wanted to do 2. I was like, “I’d rather do an extra song off of Deliverance than 2 ‘Arms of God songs’. I’ll learn 2 of them, but let’s just do one a night. Anyway, when we came up and jammed, I like the songs so much that we ended up doing the 2 anyway. Yeah, I think any fan of the Pepper era of Corrosion of Conformity is going to be stoked ’cause of it… from ‘Blind’ all the way up.

HMA: What plans do you have after this mini-tour?

COC: This is going so well it would make sense to tour again for longer. I hope so, I think we will. Yeah, I think we will. I think Phil’s taking some time off, I think maybe Down’s doing one show, or something, this year. So that gives us an opportunity to steal Pepper away.

HMA: When I saw you live when I was about 16, 17, you did this amazing thing, you were calling the people from the crowd to come to play with you on stage.

HMA: My boyfriend at the time went on stage to play with you and that was just fantastic of course. Would you do that again? You made loads of kids happy on that tour

COC: Was that here or was that in Italy?

HMA: In Italy. You were supporting…?

HMA: Megadeth! Yeah, right. It was with Megadeath. It was such a great idea to do that, to call kids from the crowd

COC: That was really fun. We should do that again. Yeah, that was cool. I remember we did it at Donnington too. Because we had done, when we opened up for Metallica there, in ’95, because we had done it so much with Megadeath, there was like 100 kids right in front of the stage when we went on with signs, “Pick me” and all that kind of stuff.

HMA: It was so cool because for a kid to go on a big stage and play a song with Corrosion of Conformity was like a dream come true.

COC: Yeah. I was at Dave Grohl’s studio a month or two ago in California. One of their new guitar techs came up to me and said, “You probably don’t remember this, but…” He was in New York City and he said that we met at a record signing at some record store or something. I told him that we were doing that. This is when we were supporting Megadeth in the United States before we came over here. ‘Cause he said he was a guitar player. And I said, “Dude, after the song, we’re going to do, after we do Albatross or something, come up to the front of the stage and I’ll tell Pepper to pick you.” And sure enough, it happened yeah and now he’s Dave Grohl’s guitar tech or something.

COC: Man, I’ve been doing it for so long. There’s a lot, fuck, yeah. When we were on tour with Metallica over here, I think it was like ‘Load’ or something; it wasn’t one of their greatest. Anyway, they were super cool to us. We’ve been friends with them for a long time. We were over here for 3 or 4 months, or something and the last show was in Copenhagen. James came up to me and said, “You’re playing a Misfit song tonight.” And I said, “What?” He said, “Yeah, you are.” I was like, “Okay.”

COC: It was ’96, I guess. I knew exactly how they played it, ’cause they played it a little different live. It was the first encore. You know, Lars is a little guy, and he gets a little like “I’ve got something to say.” And drums are flying all over the place, and I’m …

COC: Yeah. So I’m killing it and we finished the song, me and the 3 guys. The next song on the set is ‘Master of Puppets’, James and Kirk here, and Jason here, and they’re all like, “Come on, come on,” wanting me to click off to do fucking Master of Puppets.

Another great on the road story I remember is of when we toured with Testament and Iron Maiden in like ’91 or something like that, or ’92. I guess it was ’92. All my cymbals were all jacked up, I remember. It was on the ‘Blind’ tour. They were super cool to watch, too. They were really nice. I remember the last show on that tour was in Nashville. We used to do a MC5 song called ‘Future Now’ and one of the guys from MC5 was there, came up and played with us, and was like, “Yeah.” It was the last show of the tour, we were like, “Yay, after, it was fun tour, yay, we got to tour with Iron Maiden,” or whatever. We were in a tent in the back and all of a sudden Nicko McBrain comes in. He’s walking like this… he’s got this giant sack with him. He comes up to me, he goes, “Mate, you are a great drummer but you need new cymbals.” And he gave me his sack with like 15 brand new cymbals.

HMA: Is there anyone else that you wish to play with?

COC: I don’t know. Who would you like to see us with?

HMA: Down, maybe? That would actually be a great line up, Corrosion of Conformity and Down.

COC: That would be cool, yeah. Jimmy Bower called me about that about 4 or 5 months ago, “What do you think about this?” I’m like, “Well, I think it’s a good idea, got to talk to Pepper though.”

COC: Thank you and see you up front