CRADLE OF FILTH: Dani Filth discusses the new album artwork for ‘Hammer Of The Witches’ 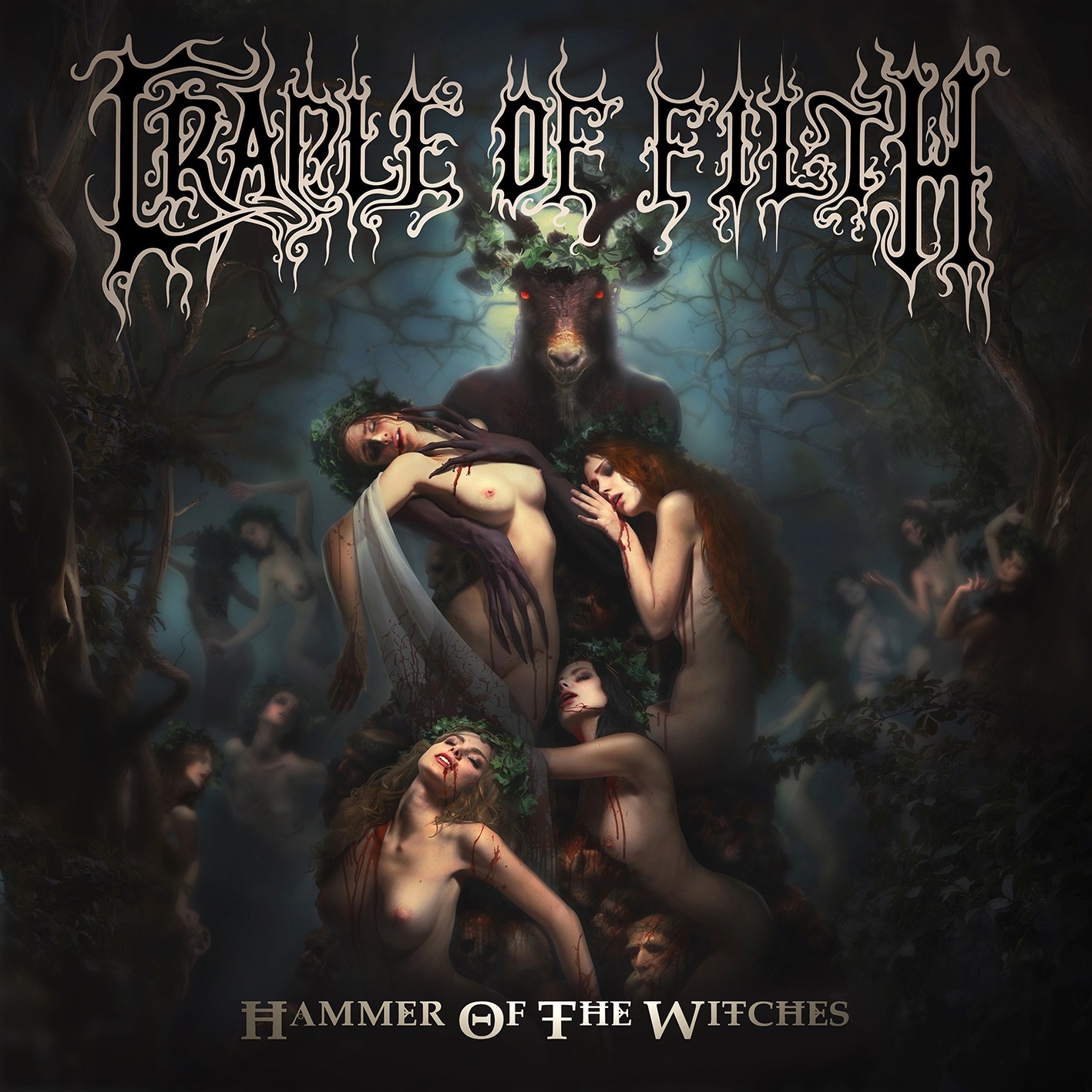 Barbarous hellhounds Cradle Of Filth are set to release their forthcoming album ‘Hammer Of The Witches’ on July 10th and in anticipation of the release, we asked the band’s verbose mouthpiece of Hell to tell us a bit more about the album artwork. The artwork was created by Arthur Berzinsh http://www.berzinsh.lv who is best known for his defiant neo-symbolism raster graphics and oil paintings, postmodern interpretations of classic myths and refined hooliganism in the playground of contemporary art. He has been proclaimed as a ‘sacred monster of Latvian postmodernism’. And rightly so, his visually expressive and mannerly works tend to trigger emotions which can make thoughts fidget and wriggle, unable to find a comfortable position among the impressions gathered. His creative work is characterised by a varied range of voluptuous erotica, intensified imagery, dream-like scenes and decorativeness weighed down by visual metaphors and contrasts teetering on the edge of symbolism.

The band’s highly anticipated and caliginous creation was brought to fruition in Britain’s Witch County, in darkest rural Suffolk at the reputedly haunted Grindstone Studios. The album’s title is named after the ‘Malleus Maleficarum’, a medieval document of guidelines regarding the persecution and torture of witches – but Cradle Of Filth’s title version is more retributory: It’s the Hammer Of The Witches; the hammer is in the witches’ hands and it’s payback time.

‘HAMMER OF THE WITCHES’ TRACK LIST:
01. Walpurgis Eve
02. Yours Immortally…
03. Enshrined In Crematoria
04. Deflowering The Maidenhead, Displeasuring The Goddess
05. Blackest Magick In Practice
06. The Monstrous Sabbat (Summoning The Coven)
07. Hammer Of The Witches
08. Right Wing Of The Garden Triptych
09. The Vampyre At My Side
10. Onward Christian Soldiers
11. Blooding The Hounds Of Hell
Bonus Tracks:
12. King Of The Woods
13. Misericord

The official video for ‘Right Wing Of The Garden Triptych’ was filmed in an old jet-engine testing hangar at a former military base and was directed by Sam Scott-Hunter (Devilment, Slipknot, The 69 Eyes), who also took the band’s promotional photos. As well as featuring Dani and his troop of reprobates, model and Kinbaku enthusiast Gestalta also makes an appearance.

Front man Dani Filth commented on the making of the video: “The video for ‘Right Wing Of The Garden Triptych’ was an immense thrill to film as it was undertaken in a jet-engine testing hangar at a former U.S. Military base close to my home town of Ipswich, followed by an equally surreal afternoon spent under the aerobatic flightpath of the Imperial War Museum. Directed by Sam Scott-Hunter, the video is a realised phantasmagoria of horror and hell-bound heartistry, fully encapsulating the beautality of the first single from ‘Hammer Of The Witches’, and if my flagrant play-on-words doesn’t pique your interest, then the fact that it features a renowned rope bondage queen and the band in full swing just possibly might.”