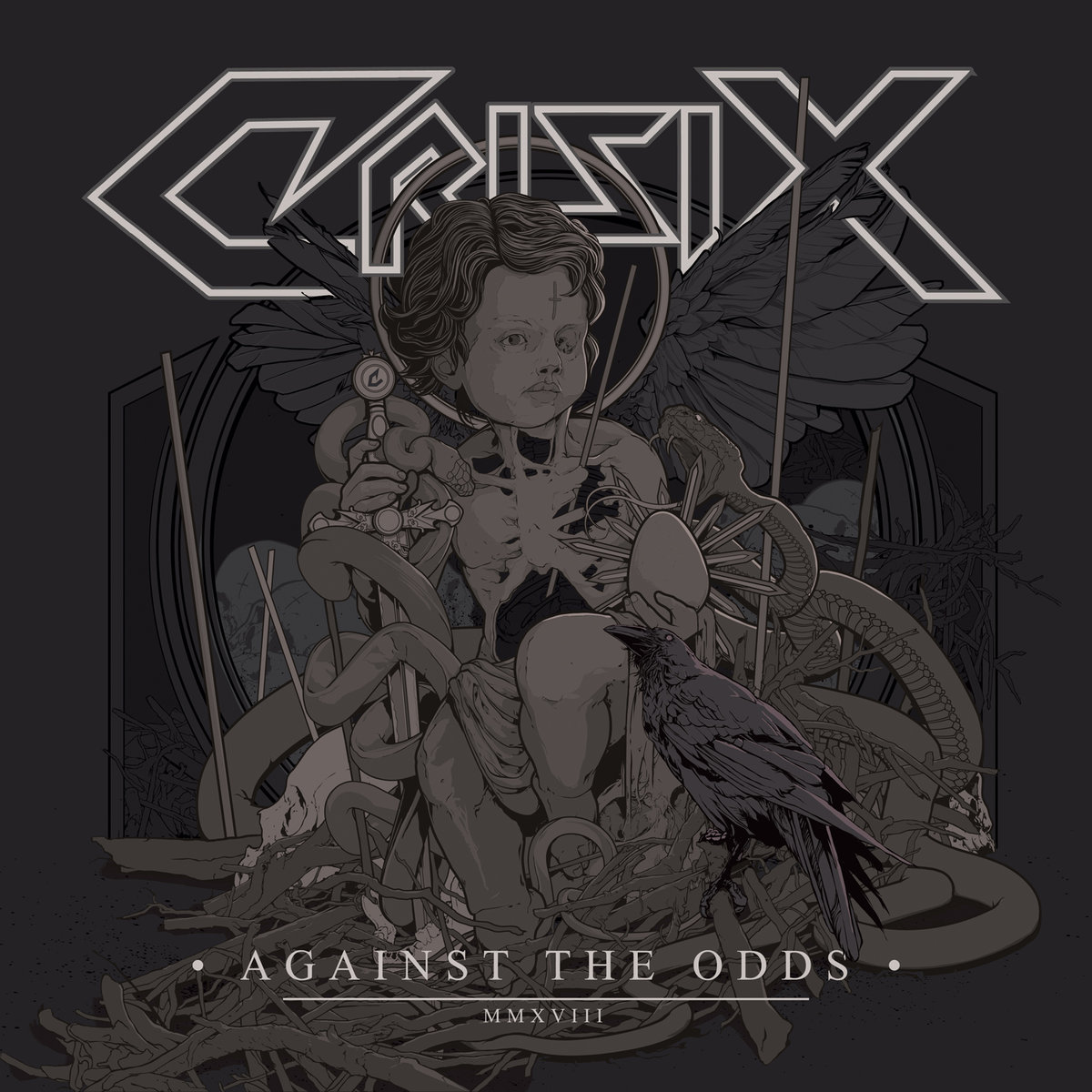 Against the Odds By Juli Bazooka

Spanish Thrash metal champions Crisix released their last album Against the odds this April via Listenable records and toured all year starting with sold out Full metal cruise, series of headlining shows across Europe, summer festivals as Hellfest, Alcatraz, Download, CMOA, Rude, Mise Open Air, Kutten Fest, Metal Scar, Full metal Holiday,… and played shows as direct support to Body Count. In autumn they performed at many specialized festivals in France, Switzerland and Germany and embark on the first Latin America tour, starting with a packed show in Mexico City.

After Latin America, they played two very special shows in Barcelona and Madrid and will continue with Spanish tour over the winter, before going back to Germany, France, Belgium and Netherlands for solo shows and summer festivals Wacken, Graspop. In September Crisix will play first festival appearance in the United States, at Full Terror Assault Festival in Illinois. Their live performance is even crazier than you know it. The energy is tripling and it shows that Crisix is a non-stop recording and touring artist that played hundreds of shows. They keep on thrashing, exchange the instruments, play in the pit and party with the audience, always full of surprises.

We describe our music as what we like to call ‘Ultra Thrash’, we sound fast but groovy, insanely rushed but damn heavy, our roots come clearly from the old school thrash metal and the NWOTM of the 21st century, but we don’t hesitate to put other music genres approaches in the mixer. Thrash metal without boundaries. Music is our passion and devotion, and this is what it comes out from the music gathering of five music lovers and above everything, friends.

‘Against The Odds’ is our fourth album that came out on 23rd March last year via Listenable Records. This album meant a step-forward for Crisix, not just musically, but also for the band’s career. We’ve played in the best festivals all over Europe, and we made our first contact with Latin America and also the United States. It’s crazy stuff for us thinking where we come from, and sometimes it’s still hard to realise.

The writing process was held in our rehearsal place in the tiny and lost village of Igualada. This time before recording in the studio we prepared a lot the pre-production process, demoing all the songs on our own. We had a great time preparing all the details and vocals with no pressure. Thank you digital era for making this stuff easier for musicians!

Movies, social affairs, religions and myths are stuff that really inspires us. All human and non-human concerns are great to discuss in our music. We are not the kind of angry guys trying to show how angry we are all the time. We love raging on stage, and explode our energy in every show, but hater attitude doesn’t go with us. We always have time to laugh and to love. But also we have the duty to point out stuff that we think it needs to be debated, or give more awareness to things that are really close to us. Between all we have the duty to leave a better world to our children, and this step starts from oneself. We try to leave the best message we can to the new generations.

I think it’s impossible that the global music/art style of the decade inspires in more or less level all the artists around the world. It’s obvious every musician will give a personal touch and mix their different styles, but everything affects, and we’re not living in the 80s, that’s why all music from today has a little part of the music trends in their gens. You can notice this for example in artists like Alice Cooper that started their career in the early 70s and he absorbed the musical influences of every decade, maintaining his personal identity. It happens the same with Thrash metal artists from the 80s that evolved their sound through the 90’s decade. I think this is beautiful and it’s a natural process of evolution in life.