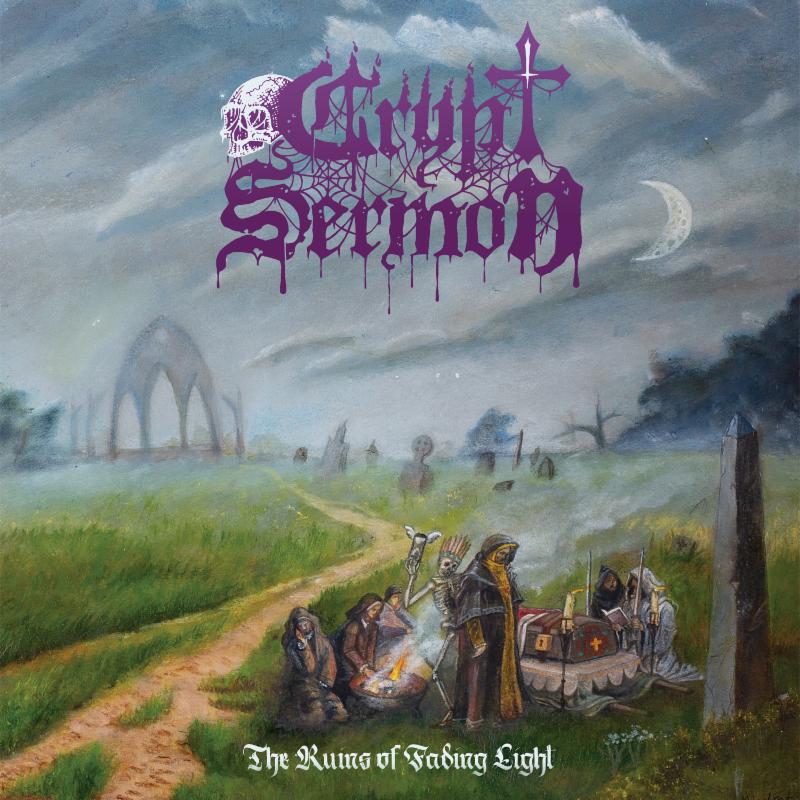 We’ve been a band since about 2013, beginning with a demo tape released by Dark Descent at the end of that year. Our first full length, ‘Out of the Garden’, was released in early 2015.  We had a few years of big shows and fests, which made writing the new album pretty tough, so we took about a year off from live shows to write and record “The Ruins of Fading Light.”

We are generally categorized by most as an Epic Doom Metal band, and as far as specific genre descriptions go, I guess that’s somewhat accurate. The band has such a wide breadth of influences that I think we view ourselves as generally a heavy metal band first, and that we are able to grow within that more broad description.

Most people noticed the last album was rooted on Biblical stories and themes, offering only a little commentary on such subject matter. The Ruins of Fading Light is quite different.  It is a more personal album, with reflections on existential topics, set to a lyrical backdrop of late-medieval esotericism. I wanted to write lyrics that I could sing with conviction, but that had emotional resonance with the listener.  Further, it was important that I advance our aesthetic.

I draw influence from all those things mentioned above but filtered through the lens of my upbringing in the Evangelical Southern United States.  On the first album, I wrote a lot about biblical themes and histories, but on the new album, I have begun to explore more personal themes that use the late-medieval period, with its murky esoteric practices beginning to emerge in occult magick, as a backdrop.www.facebook.com/CryptSermon