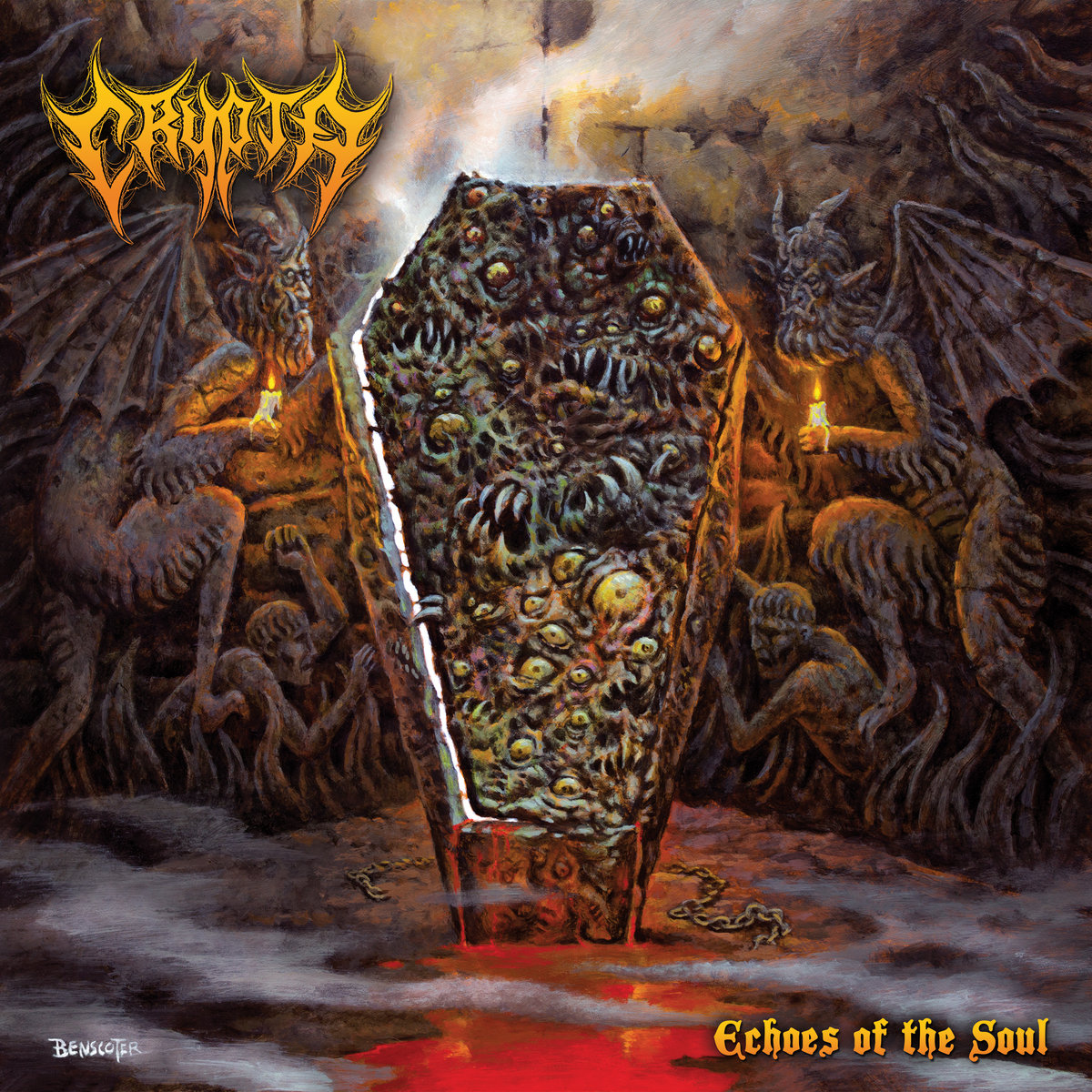 Echoes Of The Soul with Tainá

Echoes of the Soul 2021 is a very diverse album, it covers influences different from death metal influences from different origins of the style, which made us deliver a non-repetitive album. The songwriting process was all at a distance due to the pandemic and the pre-production. We went into the studio with all the songs ready, and we did 21 days of recording.

The time to start writing a record is when inspiration comes. Because I don’t think it’s something you can force to happen, or it won’t be sincere. For example, we’re already writing our second album. When we got back from the Echoes recordings, we were full of ideas already. We have a schedule so we can finish writing it before the tours start, but it’s not something we can force. It may be that we can meet this schedule sooner than expected or not on time. I don’t know if I would call it a ritual, but I particularly like to think first about what I want to express soundly in my riffs and make the most of my most inspired days to be able to write them.

We want to express in our songs what’s true for us, our experiences, history, and in a more poetic way, different from thrash metal, and we like to put our political views too because we believe that it can clarify something for those who read it.

I went to my first rock concert when I was 11 years old. I didn’t know what it was, and I just knew it was Rock, and I wanted to see it. Something always pulled me into this style cause at least I knew everything there would be more extreme. My childhood was based on extreme games, playing with friends etc. So I was kind of looking for that in music. From then onwards, I made friends and had more contact with heavy metal, entering directly into death metal through a DVD with several clips, such as Arch Enemy, Chimaira, Children of Bodom, This Ending (I loved this band). After that, I knew I wanted to take it as a profession, and I got my first guitar when I was 12 years old. By the age of 14, I started having bands. My first band was thrash metal, and I don’t even know if the band had a name. We were having fun.

Art, in general, is the most important thing we have, but music has a unique meaning for everyone, I believe. It kept all of us strong in this pandemic. And what I see most is people saying ”I can’t take it anymore, I need a show”, I think that’s cool. People see how they miss the absence of a concert, but this would never be about mere entertainment. Music is always something more. We simply need it.https://cryptabrazil.bandcamp.com