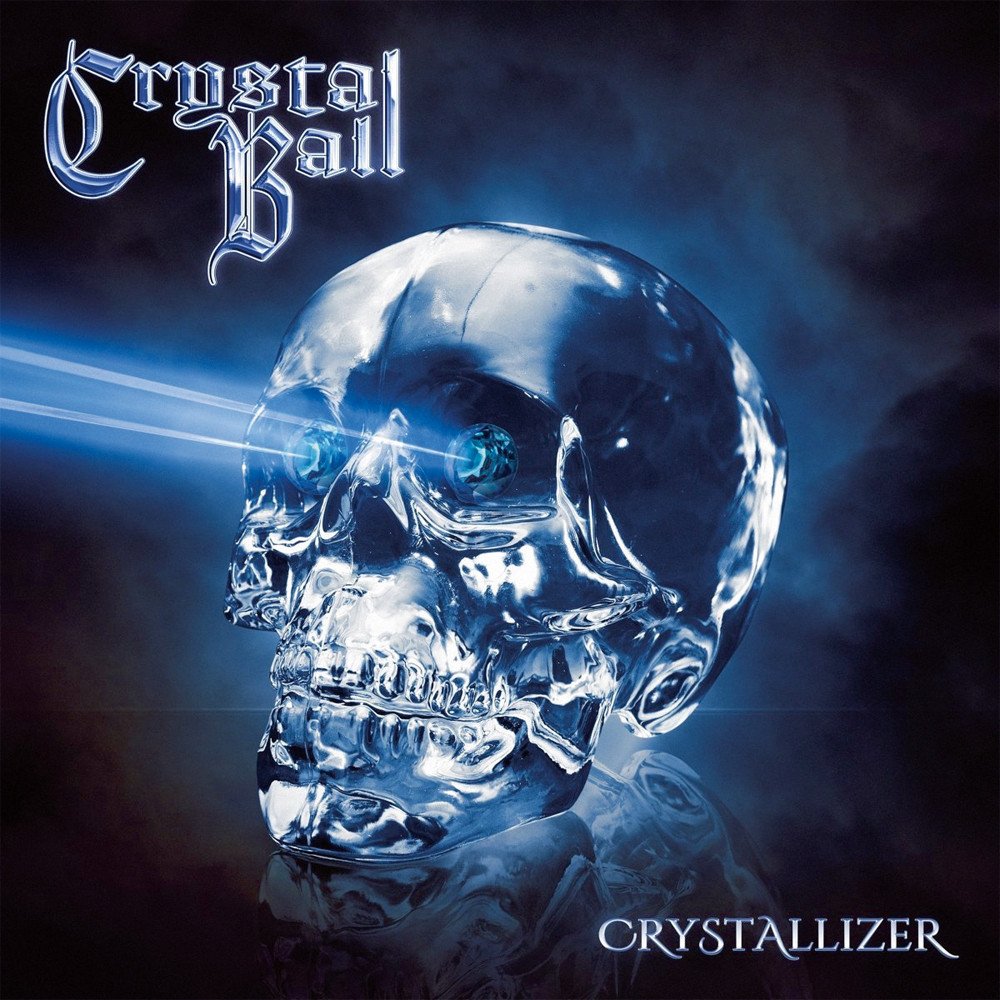 With the critical acclaims for the last album “Déjà-VooDoo” still going on, the bustling Swiss melodic rocker strike again with ‘Crystallizer’. 2013 Crystal Ball came back after a long break, with the album «Dawnbreaker». Stronger than ever! The original members Scott Leach and Marcel Sardella reformed Crystal Ball with fresh blood and a great new frontman, Steven Mageney from Wuppertal, Germany. The boys signed a new record deal with Massacre Records. The band played 40 shows in six countries. Their successful tours with Krokus and The Poodles made it clear for all the show attendants: The Balls are back… for good!

2015 Crystal Ball strikes again with ‘LifeRider’. The album received very positive reviews all over the world and was titled as the best Crystal Ball album so far from fans and journalists. With „LifeRider“ Crystal Ball manages the balancing act between classic hard rock and modern metal. The guest appearance of BATTLE BEAST singer Noora Louhimo (duet „Eye to Eye“) tops off the excellent production by Stefan Kaufmann. Tony “T.C.“ Castell (ex-KROKUS) joins the band. Successful shows with the SCORPIONS and THUNDER followed. Also a collaboration with musicians of the Symphony Orchestra Wuppertal who joined Crystal Ball live on stage.

“Déjà-Voodoo” was released on the 22.09.2016. A tour through Switzerland and Germany together with SHAKRA left rock fans with a lasting impression. In 2017 Crystal Ball rocked their French fans on a mini-tour together with FREEDOM CALL. In addition to their own headlining shows, Crystal Ball also shared the stages not only with PRIMAL FEAR, PRETTY MAIDS but also with the guitar hero AXEL RUDI PELL. In the summer of 2017 Crystal Ball has played at various festivals, peaking at the Rock the Ring festival (Hinwil, Switzerland) together with DEEP PURPLE, GOTTHARD and KROKUS.

HMA: Welcome to Heavy Music Artwork. What can you tell us about your latest release?

Cris “Iron” Stone: ‘Crystallizer’ is a 100% pure Crystal Ball; no experiments! We have put in all our energy, creativity and power! Catchy hook lines, heavy guitar riffs and thrashing beat combined with our most personal lyrics so far.

Scott Leach: It’s the logical successor after the last three releases since our comeback in 2013. It’s a little bit more exhilarate than the last album “Déjà-Voodoo“, which was quite heavy.

HMA: What was the songwriting and recording process? Any impediments or highlights worth mentioning?

SL: The latest album ‘Crystallizer’ has again been produced, mixed and mastered by Stefan Kaufmann (ex-Accept, ex-U.D.O). Kaufmann is meanwhile almost seen as our sixth (studio-)member. So the recording was a very relaxed process. Worth mentioning is that a lot of the highlight-tracks were written while we were in the recording process already. ‘Crystallizer’, Alive forevermore and Crazy came together really quick.

HMA: What can you tell us about the artwork?

CS: Yes, absolutely, just perfect! Just take a close look a the cover when listening to ‘Crystallizer’. Once you can understand what THE ‘Crystallizer’ really is, (that is a very private thing, for everyone individually, no common God or anything !) you will even be able to give fate a face!

SL: I also think the artwork is an excellent representation of our music, it’s heavy on one side, but also very melodic and appealing at the same time.

HMA: Who made the cover and what directions were given to the artist?

CS: The cover has once again been created by Thomas Ewerhard, who also was responsible for our past covers. As none of us is a cover artist, we have to give as much information about our specific idea to Thomas. He then does the rest. And in this case, the cover shall express all that the title track ‘Crystallizer’ is about (see answer above). Another great job of Thomas here.

SL: It’s the same here ;-). I keep collecting song titles … and when it comes to lyric-writing, I go through all the titles and check what might fit the mood of a particular song and the melody. But the ideas come from my personal experience most of the time.

SL: To me believing means simply NOT knowing. So it’s something very personal because no one has proof for one way or another. As long as one lives one’s personal belief, I’m fine with everything as long as it is within the law and human rights. I don’t want to proselytize.