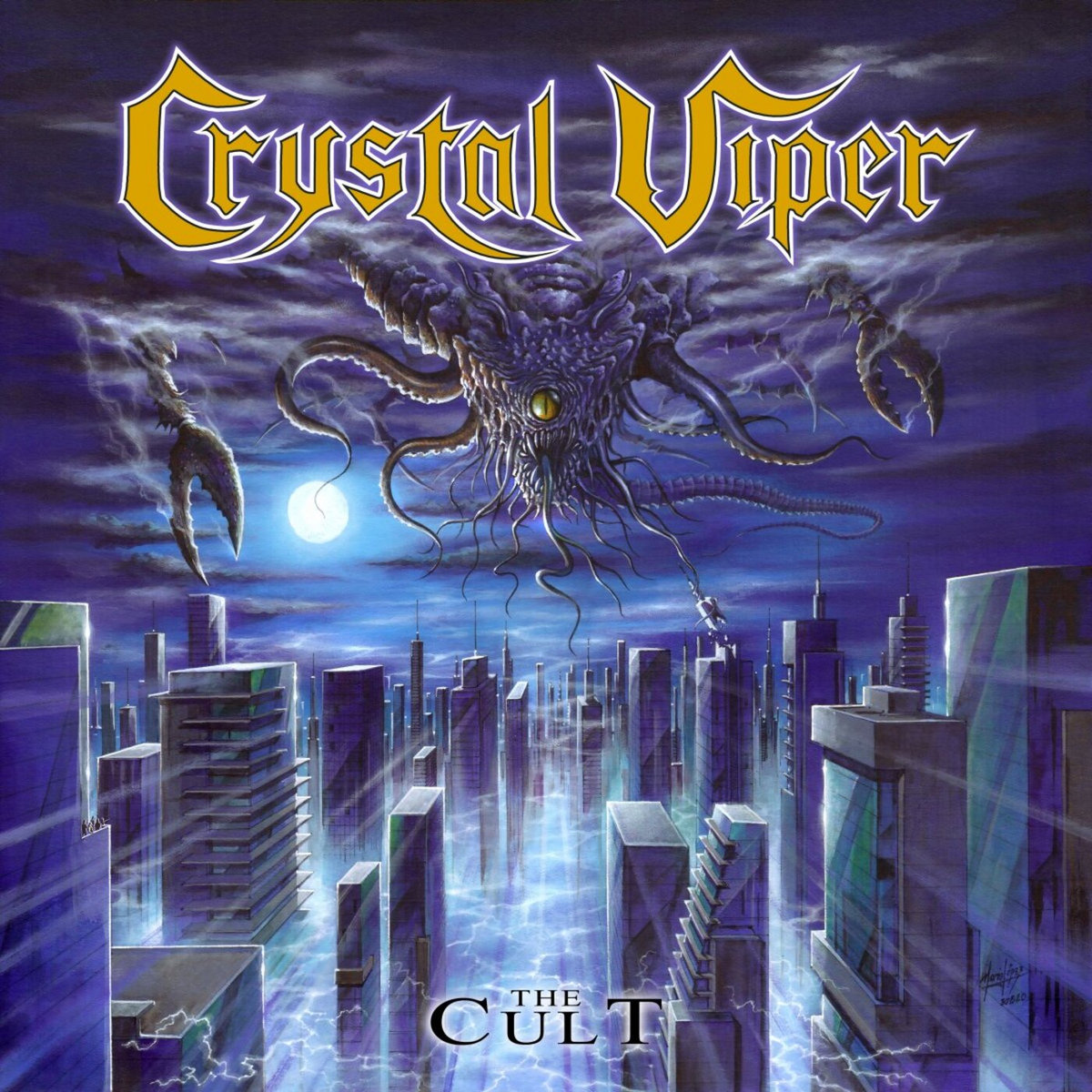 The Cult with Marta Gabriel

It’s the first time in the history of Crystal Viper, when we recorded the album without seeing each other, without working together in the studio. I mean, we were in constant contact, we exchanged thousands of emails, messages and calls, then we were sending all the tracks between each other, but we haven’t met all together. Members of Crystal Viper live in 3 different countries, Poland, Germany, and Sweden, and it was (and still is) impossible to travel without the risk of being quarantined.

The stories of H.P. Lovecraft inspire all the lyrics on ‘The Cult’. If you know his works, you know that he was writing rather short stories and novels, which were published in sci-fi magazines in bigger books. And we had the same goal with “The Cult”: to have a few separate stories back to back. Not strictly related to each other, but with a similar atmosphere. He was describing several different cults in his stories, so we thought it was a cool album title, and that’s how we chose “The Cult” to be an album title.

When I was seven years old, I saw an orchestra on TV and told my parents I wanted to learn to play. They took it seriously and sent me to music school, to a piano class. Since then, music has been a big part of my life, maybe the biggest one. When I was a teenager, I discovered hard rock and heavy metal, and bands like Scorpions, Black Sabbath, Judas Priest, Iron Maiden, Virgin Steele and so on… I wouldn’t say I’m a huge fan of power metal; I would rather say I prefer more classic metal, bands I mentioned and acts such as Diamond Head, Manilla Road, Warlock, etc. However, I like Blind Guardian and Helloween.

Marta Gabriel: Music is my biggest passion, the air I breathe to say so. I love writing songs; I love recording, I love performing. That’s what I want to do in life, and that’s what I do. I would say that every single big or small experience and everyday influences who we are.

I’m not aware of any special fetishes or routines, and I can’t complain about creativity and inspiration. I love reading books, watching movies, and finally, listening to a lot of different music, not only heavy metal. I’m a big fan of classical music, movie soundtracks, classic rock, blues, and then many metal genres, including black and death metal. The inspirations are everywhere, and every single time I’m inspired by something else.