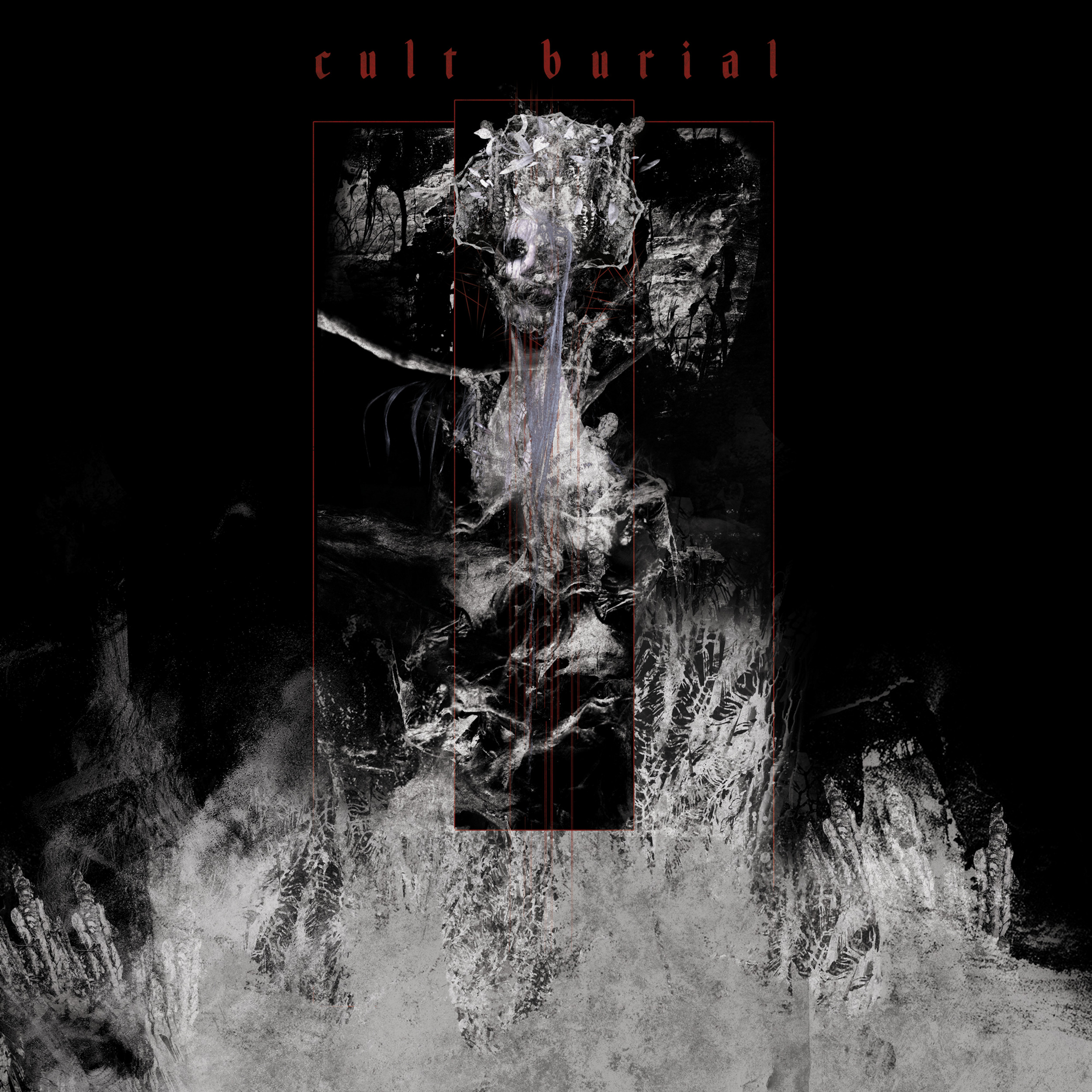 The band is a studio project and something I’d wanted to do for a long time. After a heavy night of drinking, I bought a baritone guitar, and it was the sound I’d wanted for the band. I wrote nine pieces of music quickly during the lockdown, recorded them at home and searched for a vocalist. I found Cesar and loved his sound of anger and desperation. He was happy to do the vocals for the tracks, and the album was complete. Cult Burial is purely about the self.

The record is a journal of hopelessness and bleakness written during a locked-down, pandemic suffering period of time. It’s primarily a death metal release, but there are doom, black, and progressive metal elements. Musically it is derived from a range of influences – the aim was to create a nasty, aggressive, energetic piece of music that would leave the listener suffering under the weight of the message.

The album lyrics are about spiritual themes, addressing topics of loneliness and the subsequent insanity it can lead to. The record is more a documentation of a mental breakdown due to the adversities we have to face in life and how the world is a cold dark place that doesn’t care about you, but you are obliged to participate in it offer. I’m grateful to be part of this project. It’s brutal, powerful, relentless and without hope.

Metal is typically a reaction against something and is historically a type of rebellion. For me, it’s more about the self, and others don’t come into it. I’m not religious, and I have no direct interest in politics, so purely from my perspective, there’s little I feel the need to break down. As I said earlier, Cult Burial is purely about the self.