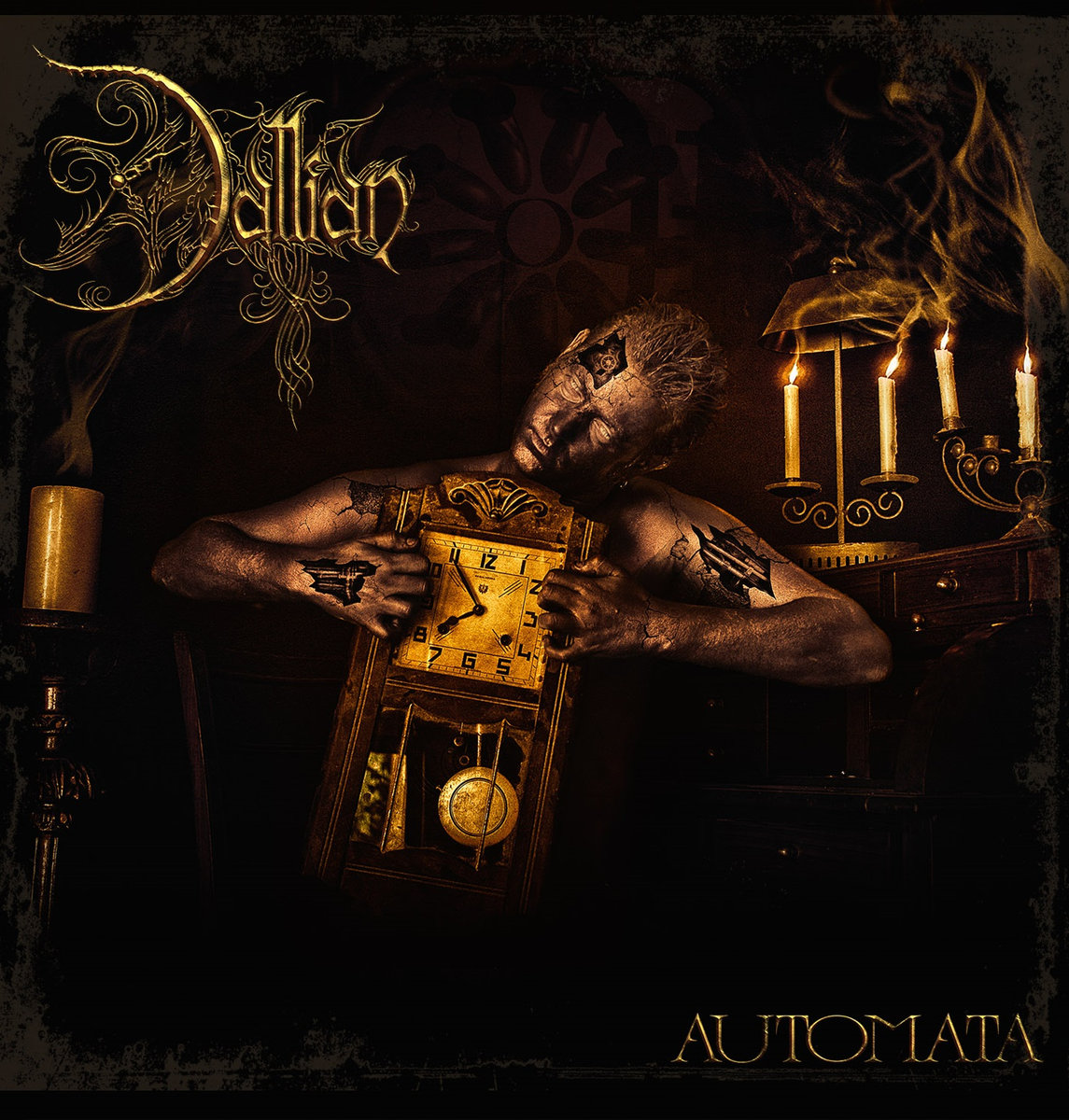 From the alchemical merging of Metal music and the aesthetics of Steampunk an unlikely synthesis is born, giving rise to Dallian, a band hoping to fill a void in a still very underexplored fusion. Rising in 2017 from the centre of Portugal, in the small city of Leiria, Dallian is a band with roots on a solid background of death metal with added virtuosity of symphonic elements, all arranged in progressive dynamics. It is exactly that motif we find painted on the canvas of the group´s first album Automata. A one-hour epic release 25th May 2018 thus, setting in motion the band´s inaugural national tour at full steam.

The album is set in a Victorian fictional world, during an alternative timeline to our own, where science fiction meets the beginnings of industrialisation. It is very story-driven. The songs involve different stories or themes, all happening in that shared universe. There is a sense of timelessness in them, as they don’t only address problematics and questions of time such as we portray, but also can be connected to our real world and life experiences.

The artwork was created by Gragoth from Luciferium War Graphics. While this album is not conceptual in the sense that all songs focus one story, it is linked by one theme. That theme is represented by the ‘Automata’, who is trapped, decadent and out of touch with his full potential. He is bronze, reflecting that same element in alchemy. This refers to an alchemist concept, according to which when one is able to live to his better self, a transcendence to gold occurs, thus a mental transmutation takes place.

We start with a concept and work from there to create a sound that conveys well the emotions and themes we want. There is also some research of bands that inspire us and contribute, in part, to creating our style. Taking into account, there is some world music influence; we also extend this research to finding unusual folk styles and instruments.

Besides what were answered concerning our bleaker take on steampunk, there are themes we frequently raise in our lyrics, such as the occult, spirituality, deconstruction of norms, duality, internal human conflict and the enlightenment typical of the Victorian era.

Besides the bronze element, we see this cover as portraying a cold feeling, due to Automata’s decaying aura. It contrasts with warmer tones, which suggests there are possibilities to unfold, in order to escape that state of being. As a symbol of warning, the clock itself emphasizes the urgency of that awakening.

Historically, metal raised against common preconceptions, presenting itself as an alternative to very conventional music genres. In many metal songs lyrics, we can trace messages with that non-normative orientation. However, metal can be orthodox as well, when bands don’t seek to improve and create new sounds and themes. So, we guess that metal is not iconoclastic by nature, it depends only on the musicians what kind of metal they conceive.

Zeca Afonso was a notorious singer and composer in 1960/1970. His music had marked our country, since one of his songs ‘Grândola Vila Morena’ started the gillyflower revolution in 25th April 1975. It ended the oppression of the state created by Salazar, a dictator of Portugal. So, we think of Zeca Afonso as one of the most iconoclastic figures in our country.